The gift of organ donation has changed a local lawyer’s life. 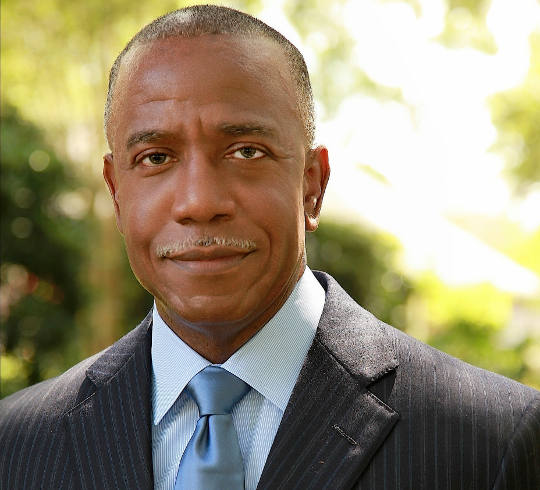 “I was always interested in becoming an attorney,” says Clint Smith, Jr., who attended Morehouse College in Atlanta. That was where he met the woman who would become his wife, Sheryl — and when Sheryl moved to New Orleans to enroll at Tulane Medical School, Smith came with her. He sat in on a couple of classes at Tulane Law School, and, in the meantime, “just absolutely fell in love with the city,” he says.

Smith ended up graduating from Tulane with his law degree, and he went to work for the Hon. Revius Ortique, Jr. The judge became a mentor and a guiding force in Smith’s life. “He was the catalyst for me knowing what I wanted to do in terms of the law,” Smith says.

In the following years, Smith practiced defense law, rising from the position of law clerk to firm partner. He and Sheryl had three children, all of whom played soccer. “We were big-time soccer parents,” Smith remembers. “I think we spent every weekend on somebody’s soccer field.”

In 1992, Smith was diagnosed with focal segmental glomerulosclerosis, a kidney disease that causes scarring, loss of function and eventual kidney failure. But Smith was in good health; though it was a challenge for his “Type A, full-bore litigation lawyer personality,” he managed the disease by keeping his blood pressure low, and he was able to continue working normally for almost a decade.

Smith’s kidneys failed in 2004, and, after a two-month period of dialysis, he received one of his sister-in-law’s kidneys. The new kidney provided Smith six years of reprieve from his illness, but, in 2010, it failed, and Smith returned to dialysis.

This time, though, the antibodies in his blood made it almost impossible to find an organ-donor match. Smith spent two years on dialysis, where he was forced to radically change his hardworking lifestyle. “It was one of the most humbling experiences,” he says. “For me, it was a challenge because it took away my freedom — my ability to practice law the way that I had known, [and] to engage in the community — because you basically live your life around your dialysis treatment.”

During his treatment, Smith learned of a relatively new process called plasmapheresis, or plasma exchange. Plasmapheresis involves taking whole blood from the body, removing the blood’s plasma (which contains the antibodies that can cause rejection of a donated organ) and replacing it in the body.

Smith flew to Baltimore to undergo plasmapheresis at Johns Hopkins Medical Center. In the meantime, David Watkins, a former classmate from Morehouse, had stepped up to offer one of his kidneys. Smith underwent a successful transplant in Dec. 2012. “I have not felt this good in a long, long time,” he says.

Now, Smith serves on the boards of the Legacy Donor Foundation and the Louisiana affiliate of the National Kidney Foundation, helping raise awareness about organ donation and debunking the myths surrounding it. “I want people to understand that even if you think you may not be a match, there is a new process that will allow incompatible donors to still be donors,” Smith says. He urges people to sign up as organ donors when renewing their drivers’ licenses. “Your single donation could save up to 10 lives,” he says.

Smith is grateful for the life that organ donation has afforded him, and he sees his work as an attorney and judge as a way to give back. “At one point, I was a hard-driving, very focused lawyer who wanted to go out and conquer the world,” Smith reflects. “Part of that is still there with me, but there’s another part that wants to really make a difference in people’s lives.”

981
previous A Cut Above the Rest
next Gifted and Grateful