Set out this weekend to experience cuisine at one of our city’s newest restaurants or one that’s simply new to you. 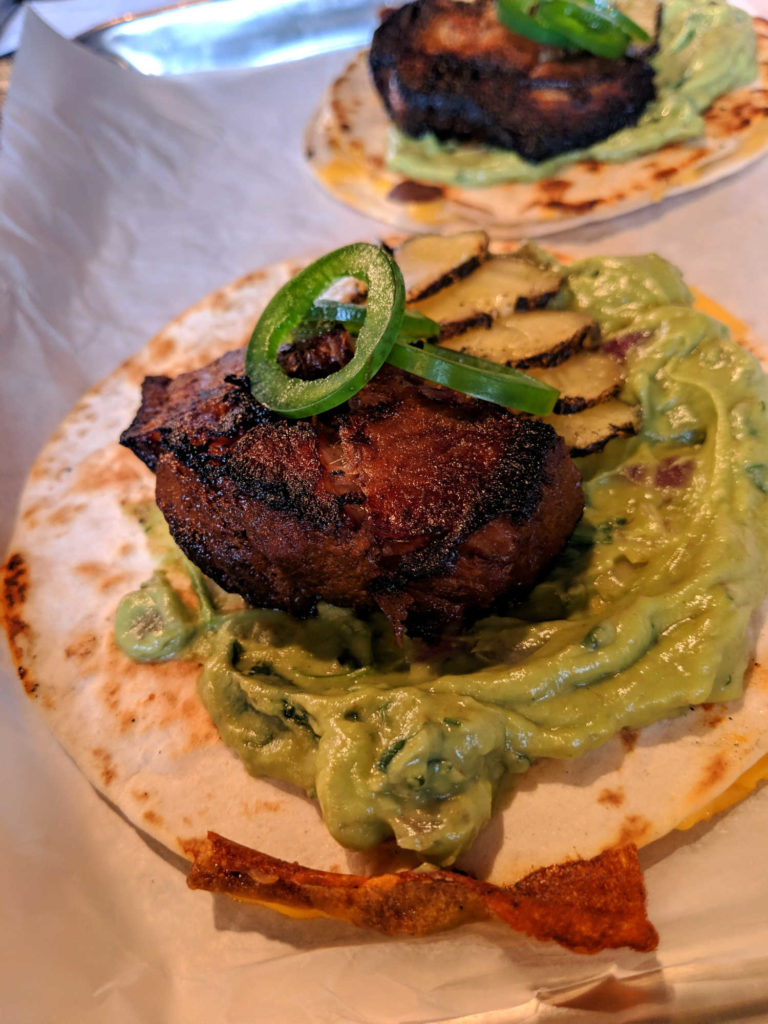 Lunch at: Sip margaritas and munch on crisp tortilla chips at NOLA Cantina, a taco bar that recently opened on the corner of Frenchmen Street and Esplanade Avenue. Featuring a large, outdoor patio and brilliant Ecuadorian Chef Octavio Ycaza, this cozy cantina is what the Marigny has been waiting for. Dig into a wide range of tacos from the Gringas (American cheese-stuffed flour tortillas topped with al pastor braised pork and charred pineapple) or the Passionately, Hot Shrimp (passion fruit and habanero-glazed shrimp with coconut turmeric yogurt). NOLA Cantina also serves other dishes like Fiesta Fries with queso fundito dipping sauce, elotes in a cup, yellowfin tuna tostadas and whole baked fish in a salt crust stuffed with sautéed onions and peppers. 437 Esplanade Ave., (504) 266-2848, nolacantina.com

Sip at: Keep the evening going and indulge in delicious tiki-themed cocktails at Tiki Tolteca, located above Felipe’s Taqueria in the French Quarter. This bamboo-laden, wicker-woven lounge touts itself as a Latin American-themed exotica tiki lounge and serves fruit-filled cocktails like Don’s Beach Planter with Martinique rum, cognac, passion fruit and pineapple; a Jungle Bird with Jamaican rum and Campari; and Three Dots & A Dash with rhum agricole, citrus, honey and falernum. 301 N. Peters St., (504) 288-8226, tikitolteca.com

Rock out at: Catch hot national performers inside the city’s newest event venue, the Fillmore New Orleans. Opened on the second floor of Harrah’s Casino on Canal Street, this incarnation inspired by the famous San Francisco concert hall is lining up some of the latest and greatest musical acts since opening in mid-February. A state-of-the-art facility, the new, 22,000-square-foot venue can hold up to 2,200 fans and features NOLA-themed decor from a Louis Armstrong mural to trombone light fixtures. In April, you can catch acts like Willie Nelson, Tori Kelly, Chevelle and The Disco Biscuits — and they’re just getting started. 6 Canal St., (504) 881-1555, fillmorenola.com

Revive at: Located on the corner of N. Villere and St. Phillip streets, the Treme Coffeehouse is a brightly colored Creole cottage-turned-cafe offering a comfortable spot to relax and get your java on. They serve specialty coffee drinks brewed from Orleans Coffee, artisan teas and pastries from La Louisianne. The cafe also offers a simple lunch menu with sandwiches like the ham ‘n’ Swiss or chicken salad with grapes and pickles. If you’re opting for a sugar blast over that caffeine high, the Treme Coffeehouse also serves sno-balls in an array of flavors from banana and cotton candy to strawberry cheesecake and Georgia peach. 1501 St. Philip St., (504) 218-8663, thetremecoffeehouse.com

Be Proud in Pink at: Don’t miss the 20th annual Gay Easter Parade April 21 in the historic French Quarter. Begun in 2000 as a way to showcase the fashion and creativity of the entire LGBT community, the parade features elaborate ladies’ gowns with Easter hats and gentlemen in tuxedos rolling from Armstrong Park, along St. Ann Street, turning left on Bourbon Street all the way to Esplanade Avenue, heading back up Royal Street to St. Louis Street, and ending at GrandPre’s bar on Rampart Street.
gayeasterparade.com

Relax at: The nation’s poke craze has finally reached the Greater New Orleans area, and restaurants specializing in this Hawaiian dish are popping up like daisies after a rainstorm. Recently, California-based chain Pokéworks opened its first location in Louisiana on Veterans Boulevard in front of Lakeside Shopping Center. Like many poke places, this new spot offers many of the usual suspects with build-a-bowl options or pre-designed combos. One thing that sets this gem apart is the poke burrito made with sushi rice and rolled in a roasted seaweed wrap. 3143 Veterans Memorial Blvd. #119, Metairie, (504) 218-5352, pokeworks.com