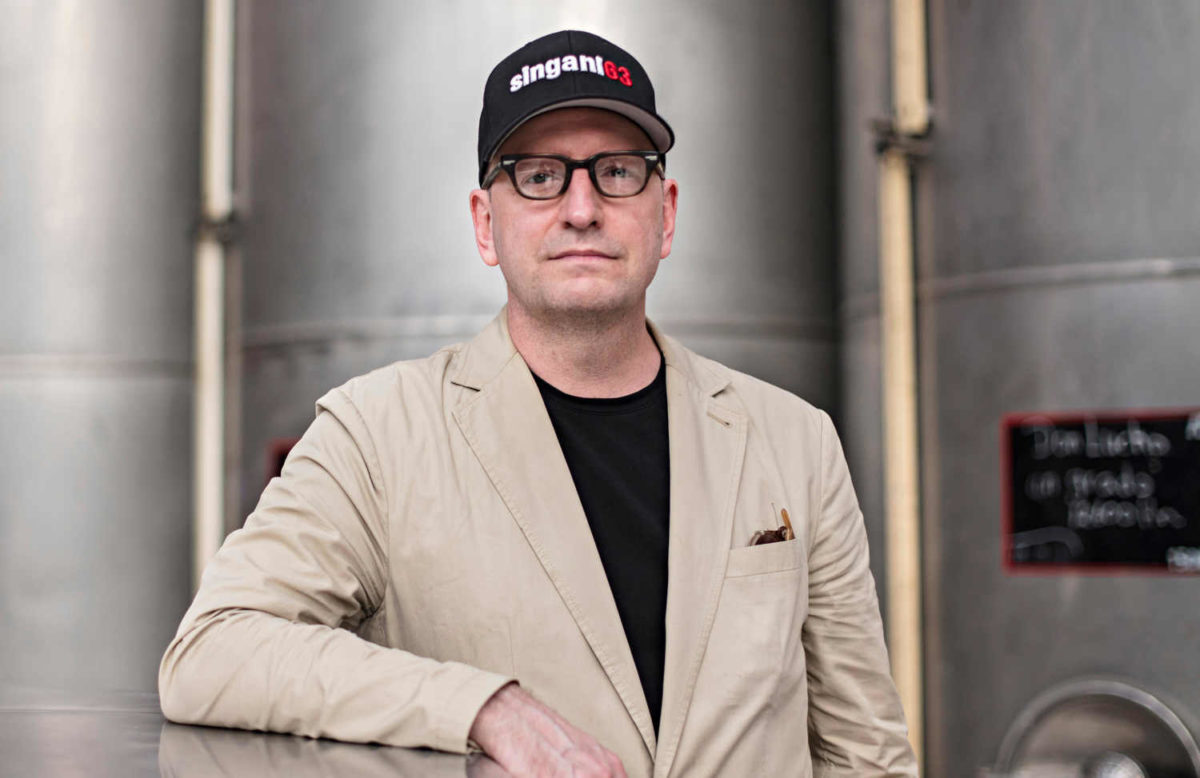 Considered one of the founding pioneers of the independent cinema movement, film director, screenwriter and producer Steven Soderbergh is among the most acclaimed and prolific filmmakers of his generation. While he currently lives in New York, he grew up in Baton Rouge and enrolled in LSU’s film animation class when he was still in high school. At that time, he began making short 16-millimeter films with second-hand equipment, and he later went on to shoot Yes: 9012 Live, which earned him a Grammy nomination, and the award-winning film Sex, Lies, and Videotape. Other films for which he’s known include Erin Brockovich and Traffic (for which he earned the Oscar for Best Director in 2001). From 2000 until about four years ago, all of his films were sound edited and mixed right here in New Orleans at Larry Blake’s company, Swelltone Labs. As a result, he has spent quite a bit of time in New Orleans. His most recent venture, however, is introducing the national spirit of Bolivia, Singani, to the United States through his brand Singani 63.

Distilled from the white muscat of Alexandria grape, this clear, 80-proof liquor has been produced in Bolivia since 1530. Soderbergh was first introduced to the floral-forward spirit in June 2007 in Madrid while having a party to kick off the shooting of the Che films. “My Bolivian casting director was trying to find an appropriate gift for me, and he ended up purchasing a bottle of Singani illegally,” Soderbergh says. “At that point in 2007, Singani had never been imported outside of Bolivia. He procured a bottle from a friend, and I asked him how he drank it. He said, ‘On the rocks,’ so we opened it up and I had an immediate reaction as a professional vodka drinker. It had a very distinct bouquet. It was extremely active on your palate; it had a lot of different notes that swirled around and developed as you let it rest; and when you swallowed it, you didn’t have this secondary burn that you often get with pure vodka or other 80-proof spirits that you’re drinking straight.”

After his experience, Soderbergh wanted to learn more about this intriguing spirit. He learned that it had migrated 500 years ago from Alexandria, Egypt, to Spain and then somehow found its way to the southern part of Bolivia. “About 100 years ago, this one family began to formally industrialize the production of Singani,” Soderbergh says. “They had some copper stills made in France and were the pioneers of the modern version of Singani that we all drink now.”

Eventually, Soderbergh decided to look into becoming an importer. “This was early 2008, and then I began the lengthy process with the U.S. government to officially import Singani to the United States,” he says. “Finally, I got a document saying I was licensed to import Singani 63, which was the label that we created, into the United States. Then I had to hire a broker to handle the shipment coming into the country and a brand management company to bring it to market.”

It was a harrowing process to launch Singani 63, particularly because it was a spirit that was completely unknown in the market and because it has the complicating factor of being categorized as a brandy by the U.S. government. “For anyone who is even casually familiar with brandy, this does not look like brandy; it does not taste like brandy; you don’t use it like brandy,” Soderbergh says. “In early 2013, I could’ve walked away, but I didn’t.”

Soderbergh’s first account came in January 2014 with the Dream Hotel in New York. “I talked to a friend of mine, Scott Gerber of the Gerber Group, and I brought him a bottle,” Soderbergh says. “He told me, ‘You have three things going for you: You’ve stumbled onto a legacy brand and there’s a narrative that goes along with this spirit; you know people who own bars and restaurants; and it’s good.’ I took that to heart and kept going.”

While there are a handful of producers in Bolivia, it’s a difficult spirit to make thanks to the unforgiving terroir needed to grow the grapes. “The company that we’re working with, Casa Real, which is the largest producer in Bolivia, uses copper pot stills and they double distill their Singani, giving it a softer palate than some of the other Singanis. In Bolivia, they sell a white-label Singani that is considered their high-end brand. The 63 is the white label but only using the estate grapes that the company owns.

The colorful label is meant to be cinematic, invoking the idea of movement. And because Soderbergh wanted to have characters on the bottle that were specific to the region in Bolivia where Singani is produced (Tarija), he had some photography taken of dancers that are specifically identified with the region in order to design the captivating label. “It passes what I call the 60-foot rule,” he says. “You should be able to see this across the room.”

He is currently petitioning for Singani to have its own category under the brandy umbrella, much like pisco has done, and Singani 63 is now in 22 states and 30-plus markets. “One piece of advice I got from Dan Akroid when working on the Liberaci film, was to always show up,” Soderbergh says. “He told me, ‘You have to be willing to show up — and I mean for everything — there is no event too small. If you’re not willing to show up, just don’t even bother.’ I’ve adhered to that, and I will tell this story whenever I’m asked to tell it. Frankly I’d rather talk about Singani than one of my movie projects because it’s not about me.” singani63.com