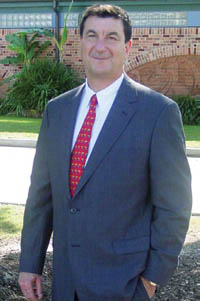 As one of the country’s most celebrated zoos, consistently landing in national top 10 lists, Audubon Zoo is an important driver of New Orleans’ economic engine. A recent study by UNO and LSU put the Audubon Nature Institute’s 2007 economic impact at $315 million, just surpassing pre-Katrina levels. Ron Forman, the president and CEO of Audubon Nature Institute, is of course proud of the financial influence of the organization he heads, but he sees it as way to support Audubon’s greater goals.

“From our hearts, we got into this in order to teach the kids of New Orleans about the beauty of life. We want them to know that there’s a world outside of the city, that nature exists,” he says. “So we built Audubon for the local kids, not the tourists. The tourists help fund it, and I’m glad they enjoy it, too. But they’re not our most important audience.”

On occasion, Forman self-effacingly refers to himself as a “zookeeper,” but that title doesn’t accurately reflect his prominence in civic life. Although he missed the runoff, he was a serious candidate for mayor in 2006, and he considers Governor Bobby Jindal a friend. This zookeeper rose to prominence by doing what many in the city consider miraculous—reforming the “animal ghetto.”

Exotic animals have lived in the current location of Audubon Zoo since the 1884 world exposition, and much of the zoo’s infrastructure was built in the 1930s by the WPA, the agency President Franklin Roosevelt formed to create jobs during the Depression. The zoo was beloved, but it never had the resources to be a world-class institution, and by the 1970s, it was in sorry shape by all accounts. Animals sulked in dirty cages, and the atmosphere was like a concrete jail—not like the verdant grounds and the expansive animal habitats there now. Back then, people were talking about shutting the zoo down altogether.

While in his early twenties, Forman’s career was still unfocused when he heard Mayor Moon Landrieu give a talk about a program, a sort of municipal Peace Corps, that had young people spend a few years serving in city government. Forman accepted the call and was assigned to analyze the zoo in crisis. According to Forman, the “mothers with baby strollers” wanted a great zoo to take their kids to, and they fought to save it. With their support, the first Zoo-to-Do (Audubon’s annual fund-raising party) was held to great success. And Forman started making changes. One important development was his push to take Audubon out from under the thumb of the city and restructure it as a private nonprofit organization. It’s been three decades since Forman took over, and a civic shame is now a civic success.

From the momentum generated by the zoo’s reinvention, Forman started focusing on opening new facilities. He once met with Disney executives to see if they were interested in getting involved somehow. They weren’t, and Forman decided in any case that an authentic city like New Orleans wasn’t a good fit for the Magic Kingdom’s sanitized illusions. The Aquarium of the Americas became part of Audubon Nature Institute in 1990, along with Woldenberg Riverfront Park, which brought new life to the French Quarter’s riverside. “Before the aquarium, it was all warehouses there,” Forman recalled. “If you wanted to get to the river, you had to climb up a ladder and then climb back down the other side of a wall.”

While the zoo encompasses mammals, birds, reptiles and marine life, Audubon has added another piece to its portfolio, this one devoted to bugs in all their forms. The Audubon Insectarium, which just opened in June on Canal Street, celebrates the 95% of animals that form the foundation of the pyramid of life. “Do you remember that wonderment you had when you were a kid letting a bug crawl on your hand? You’ll rediscover that at the Insectarium,” says Forman. “Even if someone says they don’t like insects, I promise if they come once, they’ll change their mind and want to come back.”

Forman’s enthusiasm for the animal world equals that of a professional biologist’s, even though he’s never taken advanced science courses. “I’m just a business person with a passion for wildlife,” he says. “I go to Africa once a year. I participate on conservation and ecotourism panels. One day, I’ll have to get a real job.”

While he didn’t get the job of mayor, he calls his run a “great experience” and stays active in many post-Katrina rebuilding efforts. On the whole, he’s optimistic about the city. “Before, Katrina, New Orleans was a declining city,” he says. “With the right leadership, we can take advantage of opportunities now that weren’t there before.”

Serving as the current chairman of the New Orleans Convention & Visitors Bureau, Forman’s working to help rebuild the tourism industry. And as chairman of the Stadium and Exposition District, he’s involved in the negotiation of contracts to get the Super Bowl to New Orleans in 2013. Several other highprofile sporting events for the city are in the works, too.

In the meantime, he’s devoted to managing and expanding the Audubon Nature Institute’s many properties, which range from the Entergy IMAX Theatre to Audubon Park and a center that breeds endangered species. Coincidentally, his first job ever was actually at Audubon Park. At 9 years old, he helped tie up swan boats in exchange for free rides. Now he has flamingos outside his office.

191
previous Between the Covers
next Viva Vidal!