Face to Face with the NFL 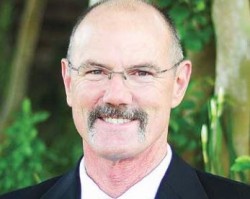 It seemed like a pretty big deal when Tulane University was named one of only six NFL Player Care Foundation Neurological Care Programs in the country four years ago. That is until last year, when it was designated sole partner for the NFL Player Care Foundation’s Healthy Body and Mind Screening Program.
Healthy Body and Mind Screening is a top-notch research program offering a full gamut of testing geared toward tracking the health of former NFL players.

Gregory Stewart, M.D., is Medical Director of the program and the Chief of Physical Medicine and Rehabilitation in the Department of Orthopaedics at the Tulane University School of Medicine. He travels to various NFL events like the Super Bowl, the draft and Hall of Fame inductions, where the Tulane screening team of doctors, nurses, mental health professionals and athletic trainers typically takes over multiple conference rooms to conduct testing.

“Both the league and the union realized that these are the guys who created the game and made it what it is today,” Dr. Stewart says. “They realize that this is the right thing to do for these guys who have sacrificed and gone before — to help them with anything they might have going on and figure out the type of help they might need.”

Players have several vials of blood drawn for various workups; they receive an EKG, echocardiogram, carotid ultrasound; and they have access to a host of mental health resources. Dr. Stewart takes everything back to New Orleans and pulls together a results report, with a copy of labs and imaging, and sends it to the player along with recommendations on further healthcare needs.

To date, Tulane has screened over 800 players on the road and seen close to 300 players at the hospital. It is one of four medical facilities nationwide paid by the NFLPA Trust to do so, and these visits are three-day evaluations that also include MRIs as well as consults with neurologists, psychiatrists, bone and joint extremity surgeons, and physical therapists.

“One of the things that’s been most interesting is that in spite of what you might think after watching the movie Concussion, there really are not that many people who have significant cognitive issues that are related to banging their head,” Dr. Stewart says. Instead, bone and joint problems are common, along with transition and mental health issues, he says. “Some of these guys have played ball since they were five and now all of the sudden they don’t do that anymore … so you get anguish, just like you’d see in the normal population.”

And just like with the normal population, Dr. Stewart and his team have to look these often wealthy, sometimes superstar players right in the eye and tell them to exercise more, lose weight and take care of themselves. “You’ve got people out behind the barricades waiting to get autographs,” he says. “But it doesn’t matter what your name is — you’re here because you’re concerned about your health. We treat them like we’re in the locker room together.”

The players’ families have high praise for the program, which one player’s wife posted online “checked everything down to his little pinky toenail.” She urged all other wives to take advantage of the “incredibly valuable resource” and “the thorough, thoughtful staff at Tulane.”

The NFL program is just one way Tulane sports medicine offers outreach to sporting communities across the nation and at home. Along with the other physicians in his practice — Drs. Savoie, O’Brien and Heard — Dr. Stewart helps take care of sports medicine needs for Tulane and Loyola universities and for 18 high school football teams in the region. His team covers the Sugar and the New Orleans bowls, and offers concussion education and throwing and pitching dynamics for little league.

And they couldn’t do it without their dedicated team of athletic trainers. “They’re the frontline person seeing the athlete every day,” Dr. Stewart says.

Athletic training just so happened to be Dr. Stewart’s path to his career. He started athletic training in junior high school and got a scholarship to Houston Baptist University.

Even in his junior high days, Dr. Stewart said he was already educating athletes, so to have been working the last 30 years with local high schoolers is almost as natural as breathing for him. “We’re always teaching,” he says. “We’re teaching these retired guys, we’re teaching their wives — whether teaching residents, medical students or athletes — almost everything we do has some level of educational value. For us, that’s incredibly important.”
Undergraduate: Houston Baptist University
Medical School: University of Texas, Medical Branch Galveston School of Medicine
Residency: Physical Medicine and Rehabilitation, Charity Medical Center

803
previous Carol Anne Luttrell, M.D.
next Have It Your Way