Home BUSINESS All in the Preparation
BUSINESS
LEGAL PROFILE
May 1, 2017 Maria Muro 0

All in the Preparation 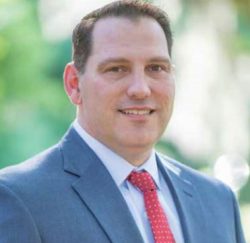 Attorney Michael S. Brandner, Jr., claims he was a high school goof-off. When he runs in to his teachers from Jesuit, they’re always shocked to hear he’s an attorney.

So won’t they truly gasp when they hear how diligently he applies himself to prepare for each case? (He even studies.)

For his brain injury clients, he has read a neuroradiology textbook cover to cover — the one doctors study for their boards — to prepare for a single motion. He spends hours with neurologists to learn more about an injury so the client can take full advantage of any treatments available. Midnight is an early bedtime for Brandner. And where the state requires around 13 continuing education credits, he spent a month of 12-hour days garnering 120 credits to enhance his jury trial abilities and better tell his client’s story to juries.

“I want to be the best that I can,” he says. “I’m not concerned about the money. I don’t even handle my own bookkeeping because I don’t want to see it … I don’t want to know how much we’re spending on a case. I just want to do what I need to do so I can get across the finish line for my clients.”

Brandner says what motivates him is his anger toward insurance companies who practice what he calls “social detergent” — the ‘you’re in good hands’ impression that is quick to turn into boxing gloves when the insured needs to file an insurance claim. When he began his solo practice post-Hurricane Katrina 10 years ago, three family members were getting low-ball insurance claim estimates. He figured if that was happening to loved ones, helping many others was a guarantee.

“I’ve been blessed with an excellent wife, kids, family and friends who’ve all been supportive,” Brandner says. “But they all thought I was nuts because I had no clients.” This is where endless networking paid off. “I never stop working,” he adds. “I literally work all the time. But it’s fun for me, so I don’t mind. A practice like this and realizing I’m helping good people? It’s a blessing.”

A funny thing happened on the way to medical school: Up until senior year at Louisiana State University, Brandner thought he would become a doctor because he wanted to help people. But he got a summer internship that gave him an opportunity to become a state lobbyist. A lightbulb went off for him that law could be an even more efficient route to being helpful.

Tell us more about those crazy commercials: For a man so serious about preparation, Brandner can still act like that goofball high school kid. “I’m kind of a character so to speak,” he says. “I like to do things differently. I like to have fun with what I do, and, if I don’t have fun, I don’t want to do it.” Brandner recommends a YouTube search of his ads with the Easter Bunny, an alien and a monkey (thankfully, not all three at the same time). “My wife was sitting on the sofa when we were shooting those and said, ‘I’m changing my name.’”

And what about the website name, biggunlaw.com? “Everyone misspells Brandner,” he says. “We were trying to figure out a slogan where you see it, you remember it and you go to it. You know the expression ‘I gotta call a big gun in for the job?’ It’s not just attorneys, it’s for anything.” Also his grandfather was a Marine sharpshooter who taught him how to shoot, and he loves to hunt and fish, so it’s right on target with family history. The more important motto though, he says, is “In a wreck? Need a check?”

What ever happened with tax law? After a doctorate in law from Loyola University, Brandner got a master’s degree in tax law at Boston University. (“You know how people say, ‘I had to walk a mile uphill in the snow?’ I actually did,” he says.) It remains useful to him today in estate planning with his clients, especially in the long-term ramifications of brain injuries.

It’s not about the money: “I drive a pickup truck,” Brandner says. “I wear a watch my grandfather gave me when I graduated from high school. I don’t spend the money; I put it back in the firm,” he says. His wife, Katie, also a Loyola University law grad, works with him to make Brandner Law Firm all it can be.

Attention Jesuit instructors, he’ll be hitting the books ad infinitum: “The practice of law is changing a lot,” Brandner says. “And there are medical changes too, and we have to change with them. If you don’t understand your client’s injuries, how are you going to effectively represent them? There are so many factors I didn’t anticipate when I was in law school, and it is important to learn and adapt.”
Michael S. Brandner, Jr.
Brandner Law Firm, LLC
1100 Poydras St., Ste. 1502
New Orleans, LA 70163
(504) 345-1111
biggunlaw.com