Dr. Frank Williams believes he became a neurologist at just the right time. “It’s an exciting time to practice neurology,” he says. “I feel like the field has advanced rapidly over the last few decades. There’s so much research and diseases that were once considered untreatable [that] we’re now finding answers for.” 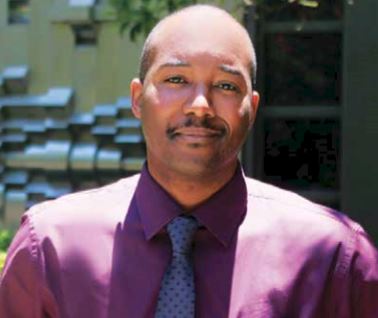 Finding answers to medical issues is something Dr. Williams grew up with. When his sister was nine years old, she suddenly gained more than 50 pounds. Doctors attributed it to overeating, but the family knew something else was going on. Desperate for answers, they took her to the National Institutes of Health in Maryland, where an MRI uncovered a brain tumor. “She was diagnosed with a rare endocrine disorder called Cushing’s disease, which leads to an excess of steroid hormone in the blood,” Dr. Williams says. “That sparked my interest in medicine.” A love of science and a passion for helping others sealed the deal.

Dr. Williams is a general neurologist, meaning he specializes in treating diseases and disorders of the central and peripheral nervous system. He treats every neurological condition from migraines to multiple sclerosis — a disease that recently got a kick in the pants from a new medication called ocrelizumab, which slows the progression of Primary Progressive MS and lessens the number of relapses in relapsing-remitting MS (RRMS). “Primary Progressive multiple sclerosis is characterized by worsening neurological function from the onset of the disease,” Dr. Williams says. “This medication halts that progression. It’s a game changer.”

Stroke patients are another group who are benefiting from new treatments. The third leading cause of disability and death in the United States, strokes effect about 795,000 people each year. “We now have medications such as IV TPA (tissue plasminogen activator) that can stop and even reverse stroke damage,” Dr. Williams says. “The key is that patients need to get to a hospital within four and a half hours for treatment.”

Educating the public is something Dr. Williams takes seriously. He and other colleagues recently hosted a Ladies Night Out to promote stroke awareness. Participants learned what strokes are, the risk factors and the signs. The acronym FAST is an easy way to remember and identify the signs of a stroke: Facial drooping, Arm weakness, Speech difficulties and Time to call. The program seems to be successful. “We’re seeing more stroke patients during that critical window of time when we can help them,” Dr. Williams says. “People are getting the message.”

Alzheimer’s is another disease that Dr. Williams treats. The difference between that and general forgetfulness or senility? Alzheimer’s is progressive. “If you’re misplacing your keys, that’s one thing,” he says. “But if you’re misplacing your keys and can’t remember where you’re driving, you might want to make an appointment with your doctor.” Unfortunately, ongoing research has yet to yield a cure for this heartbreaking illness.

Dr. Williams takes solace in the many patients he’s able to help. His department includes four other general neurologists, all of whom are highly dedicated and skilled experts in their field. Together, they comprise one of the most experienced medical staffs in the region.

On his biggest medical challenge: “I had one patient with severe neuroymelitis optica, a serious autoimmune disease that affects the eyes and spine,” Dr. Williams says. “She was partially paralyzed with significant vision loss and was in a wheelchair. This disease usually has a poor prognosis leading to severe disability. I put her on a regimen of steroids and chemotherapy, which eventually suppressed her immune system enough to allow her to heal. She’s walking and back at work now.”

On why his patients love him: “A lot of patients tell me they appreciate how much time I spend with them,” Dr. Williams says. “I try to treat not only the disease, but the patient as a whole. Sometimes they just need comfort. A lot of these disorders are chronic and sometimes people just need to talk.”

On practicing medicine in New Orleans: “I was born and raised on the West Bank, and New Orleans has always been my home,” Dr. Williams says. “As a local musician, I am very attached to the culture of the city, and being a physician is a great way to give back to the community.”