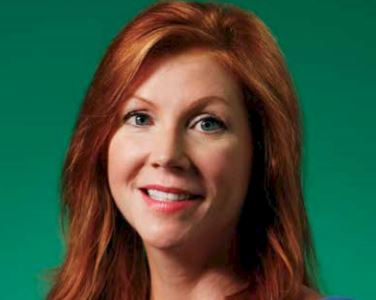 Breast cancer is the second-leading cause of cancer-related deaths in the United States and the second most common type of cancer found in women (after skin cancer). Although early detection through technological advancements and better treatments have decreased the number of deaths from breast cancer over the past 25 years, radiologists and breast cancer specialists such as Dr. Mary Beth Lobrano continue to advocate for women’s health.

Dr. Lobrano, who has worked at the Breast Care Center at East Jefferson General Hospital (EJGH) since it first opened in 2002, described early detection as the single best weapon women have in the fight against breast cancer. Playing a key role in getting EJGH to provide the first fully digital mammography, she later advocated for 3-D Mammography, which she considers a tremendous leap forward. “The quality and clarity of imaging today, compared to only a few years ago is astonishing, especially for women with dense breast tissue,” she says. “3-D Mammography is one of the most significant breakthroughs in breast cancer detection and identification I have seen in my career.”

Although traditional film-screen mammography helped to detect or confirm some breast cancers, a major limitation of film mammography was that if it was underexposed, the contrast could be lost. The process also took more time with traditional film-screen mammograms compared to current digital technology. After the films were exposed, they were developed in a processor and hung on a light box to be read. “Digital mammography is so much more flexible,” Dr. Lobrano says. “The image of the breast is recorded electronically and can be displayed immediately on a monitor. This is a faster, more efficient process that allows us to image more patients per day in the Breast Care Center. It also helps us do invasive procedures (like needle localizations prior to breast surgery and ductograms) much more quickly, which I know our patients appreciate.”

Perhaps most importantly, digital mammograms have allowed doctors to detect more abnormalities. Dr. Lobrano attributes these results in part to improved contrast resolution of digital mammography and the fact that radiologists now have more flexibility in the way they can manipulate the images. On a computer, for instance, an image can be magnified or inverted, and the contrast levels can be adjusted, etc. “This helps us pick out subtle abnormalities that might not otherwise be visible, which ultimately leads to the detection of more breast cancers at earlier stages,” she says. “We also can utilize the CAD (computer assisted detection) program to double-check the images for abnormalities and help to determine how to proceed.”

Board certified by the American College of Radiology, Dr. Lobrano uses a variety of technologies to screen and diagnose breast-cancer patients, including mammography, MRI, PET and CT scans. She is one of four radiologists who work in the Breast Care Center, along with Dr. Carol Anne Luttrell, Dr. Robert Morales and Dr. Dan Fertel — all of whom are joined by a team of dedicated nurses who act as “advocates and navigators” for patients from discovery to recovery.

“Over the years, the field has seen so many tremendous improvements in the detection and treatment of breast cancer, and we’ve seen mortality levels decrease; it’s just an exciting area to be involved in right now,” Dr. Lobrano says. “Since I started doing breast imaging, breast MRIs have really become an important tool for screening high-risk women, surgical planning and monitoring tumor response to chemotherapy.”

Following the current recommendations set forth by the American Cancer Society and the American College of Radiology for breast-cancer screenings, Dr. Lobrano and her colleagues advise their patients to have a baseline screening at age 35, and then undergo annual screenings beginning at age 40 (or earlier if there is a family history of breast cancer). Last year, the EJGH staff of experienced physicians, nurses and technologists performed more than 10,000 mammograms, 3,500 breast ultrasounds, 200 breast MRIs and 450 image-guided breast biopsies.
“Breast cancer is so common; it seems that each one of us knows someone who has been diagnosed,” she says. “While I hate to see any additional cases, when I find something during a routine screening, it shows me how important radiology and imaging is to my patient’s health, and reminds me that my work can have a big impact on so many lives.”

When asked why she became a doctor who specializes in radiology and imaging, she says she was attracted to the field from the time she was a teenager. After her father was diagnosed with Parkinson’s disease, she accompanied him to various appointments, including the radiology department. She said she was fascinated with how her father’s doctors could see inside his body without surgery.

A dedicated physician, Dr. Lobrano has a personal connection to cancer. Her father-in-law is a bladder cancer survivor and one of her aunts is a breast cancer survivor. In 2016, Lobrano was an honoree at the American Cancer Society’s Belles and Beaus Ball in New Orleans and currently serves on multiple hospital committees such as the Oncology Committee, Oncology Service Line Board, Clinical Research Committee, Utilization Review Committee and Continuing Medical Education Committee. A native of Fort Worth, Texas, she has been married to her husband, Jerry, for 24 years and they have two children, Robert and Charles.

480
previous Michael Charlet, M.D.
next The 411 on Breast Cancer