A man’s self-confidence can only be enhanced by a great sense of style. 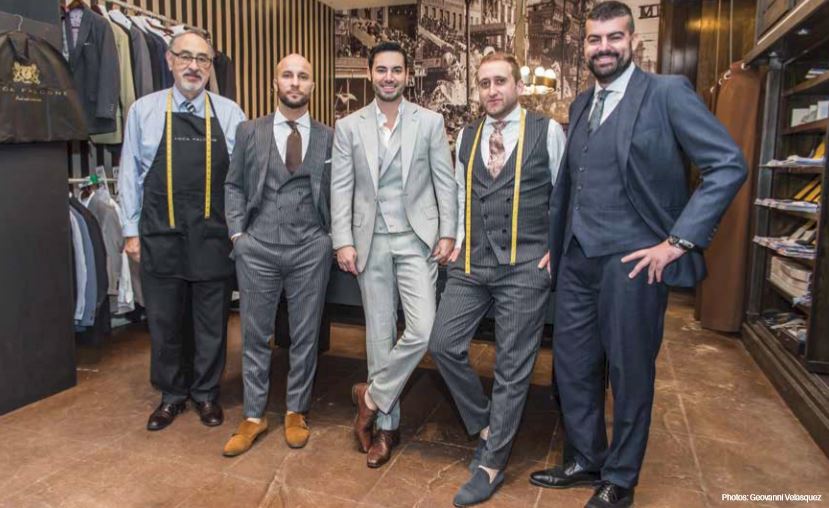 All men are not created equal. There are good guys and bad guys; the world has true superheroes and villains. Contrary to the current media frenzy and the political climate, there are more good guys around than evil. Humility, confidence and graciousness are virtues that shape a respectable man. A good man is admired by his peers, male and female, and has self-respect. A true gentleman is secure enough to not be threatened by those that might be more skilled or intelligent than he, and his manhood or status does not feel compromised in the presence of an equally clever and educated female. He is genuinely inspired by his counterparts of the opposite sex, and he will compliment them on their shoes and hold the door. Regardless of what popular culture wants females to believe, this is not a man thinking women are the weaker sex or him acting on primal instincts. It is simply good grooming and good manners, most likely taught to him early on by a female.

Confidence in a man is displayed by how he chooses his words and by his actions. Confident men are typically humble and have a deep sense of integrity. It is the first thing females notice about a man, aside from his shoes of course. A gentleman’s confidence may have been inherited by mimicking the traits of his father or mentors, or by watching the behaviors of personal idols and heroes. Sometimes confidence does not come naturally; it might be something guys have to put into practice and cultivate. Everyone has hangups and insecurities about something in their life. Fortunately, men can effortlessly build a foundation of confidence through good style and the right clothing.
Cultivating Confidence

Luca Falcone Custom Clothiers, owned and operated by Joe Rotolo, is in the business of creating confidence. Rotolo and his highly skilled team are expert craftsman and tailors trained to understand not only the aesthetics of a finely constructed garment but the psychology of good style. Luca Falcone can make any man feel and look like a modern-day superhero. The way we dress has a profound effect on how we feel about ourselves and how others see us. The message you send when entering a room or meeting someone is initially going to be based on what you are wearing and how you carry yourself. According to Rotolo, dressing well is a form of good manners and self-respect. “What we wear can create opportunities and empower us,” he says. “When a gentleman has a garment that fits to perfection, he carries himself differently. He stands and walks taller. When you know you look great, you inherently feel good, creating confidence.”

Luca Falcone is entering its fifth year in the brick and mortar location on Magazine Street, and an additional location is scheduled to open this year. The company’s wholesale distribution arm, Falcone, is in more than 60 stores across the globe. Luca Falcone is highly regarded by those familiar with fine tailoring and bespoke clothing. “Men that recognize and appreciate this type of quality construction and service will seek us out,” Rotolo says. Luca Falcone has a clientele that is drawn in by international style and influence. The Luca Falcone customer includes every man from a discerning individual that craves luxury and high fashion, to gentlemen just starting out in his career learning to build a wardrobe. Luca Falcone offers three levels of construction that vary depending on a gentleman’s budget and requirements, from bespoke tailoring to custom clothing and made-to measure suits, jackets, shirts, denim and shoes.

Rotolo acknowledges that Luca Falcone is only as strong as his tailors and staff, all of whom are meticulously trained. He is honored and proud to work amongst men that share his vision and believe in the brand. “Luca is about meeting and surpassing every customer’s expectations,” Rotolo says. “We listen and then execute their needs.” Providing their clients with remarkable service and garments, the staff at Luca Falcone creates repeat customers, builds relationships and instills trust. The Luca Falcone client can confidently enter any situation and have a commanding presence — whether it be a political press conference or a first date — knowing he fits the part.

Go visit some of the good guys.

Have a stylish 2018!
–Aimée Gowland and Corrie Pellerin, ALG Style