The Distinct GI Issues for Women 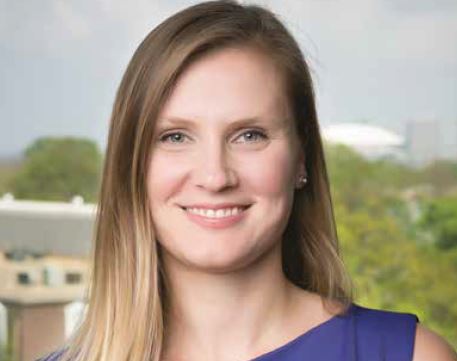 Did you know that women are more likely to have irritable bowel syndrome and other gastrointestinal disorders than men? According to Dr. Christie Blanton, who is board-certified in gastroenterology, the GI system behaves differently in women because of differences in sex-hormones levels affecting the brain, nerves and motility in the gut. “The difference comes down to the nerve cells that control the movement of food through the intestines, which tend to be more sluggish in response to brain inputs in women than in men,” she says.

Dr. Blanton believes that adequate training in gastrointestinal women’s health is critical for gastroenterologists because nearly 60 percent of GI patients are women. In addition, disorders such as irritable bowel syndrome are more common in women. “Digestive problems will often go undiagnosed because women are embarrassed to talk about it,” she says. “Hormonal fluctuations, pregnancy and childbirth are normal life events that cause specific GI issues for women, and they may suffer for years before they seek help. Women are also often misdiagnosed with IBS, and later found to have a different condition altogether — such as a pelvic floor dysfunction or endometriosis.”
Common symptoms that may indicate IBS or a digestive problem include:

In the past 10 years, Dr. Blanton says she has seen a lot of “silent suffering” from women. “Besides IBS, I treat women for pelvic floor dysfunction, which is more common in women who have had pregnancy and childbirth,” she says. “When your muscles lose tone, this can cause fecal incontinence or constipation. Since there is a modesty around bowel movements, women tend to just put up with it instead of getting the problem checked out.”

Born and raised in Fairhope, Ala., Dr. Blanton completed her residency and fellowship at Tulane University School of Medicine. During her fellowship, she was able to visit Brown University’s all-female directed women’s center. “What we know about women is that they are so busy caring for others that they often neglect their own health, and, when they do have a problem, they are too modest to talk about it,” she says. “It is my goal to create a comfortable environment at LSU where women can come and openly speak about any GI issues and concerns they may be facing.”

On how to prevent GI issues: “A lot of symptoms are diet related,” Dr. Blanton says. “People who drink the suggested [48 to 64] ounces of water per day and have fiber in their diets have healthier GI tracts. People don’t realize that there is really a mind-gut connection and that stress has long-term effects. Those who exercise regularly or have an outlet to relieve stress, such as yoga, do much better in the long run.”

On what is the best diet: “There is no need for an extreme diet or lifestyle change,” she says. “Just pay attention to what you eat and find a balance in your nutritional needs.”