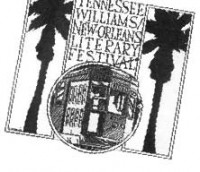 This year, the festival has scored quite a coup. Zoe Caldwell, Marian Seldes and Frances Sternhagen will read from Williams’ works at a festival fundraiser at the Palm Court Jazz Café on March 25 and will discuss their careers at the March 26th opening night gala at Le Petit Theatre. Both are can’t-miss events for theater lovers.

The Australian-born Caldwell has won four Tony Awards, starting with Tennessee Williams’ Slapstick Tragedy in 1966 and is one of the most highly esteemed actors on the stage today. Tony winner and five-time Tony nominee Marian Seldes made her Broadway debut in 1948 and has appeared both on and off Broadway regularly ever since to great acclaim. She has also contributed to the craft offstage by teaching acting at the esteemed Juilliard School from 1967 to 1991.

Frances Sternhagen is another theater icon. She first appeared onstage in her teens, in a Bryn Mawr summer production of Williams’ The Glass Menagerie, and she has been going strong ever since. In the process, she has won two Tony Awards and been nominated seven times. Outside theater circles, she is well known for her Emmy-nominated turns as Esther Clavin in Cheers, Bunny MacDougal in Sex and the City and her recurring role as Deputy Chief Brenda Johnson’s mother, Willie Ray, in TNT’s critically acclaimed hit The Closer. Besides participating in the Palm Court event, Sternhagen will perform scenes from Mr. Williams and Miss Wood, with Jeremy Lawrence, on March 28 at Le Petit’s Muriel’s Cabaret. Recently, New Orleans Living interviewed Sternhagen by phone about her upcoming appearance at the Tennessee Williams festival.

Is this your first Tennessee Williams festival? 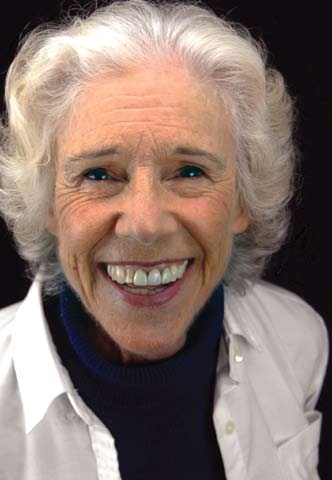 Oh, yes. I don’t know why, but I’ve always felt a kinship with Williams. I really wish that I had a résumé that included at least one Tennessee Williams play that was more than just a school production.

How did you get involved with the festival this year?

I’m not sure why they thought of me. But it delights me to be included as one of the participants. I’ve only been to New Orleans once before, and I just loved it. Particularly at this time, it’s so nice to be participating in anything in this city.

It is going to be such a treat for theater fans in New Orleans to see you, Marian Seldes and Zoe Caldwell together. Are you looking forward to working with them again?

Yes. They are both lovely people and very devoted to the theater. In fact, Zoe was in [Williams’] Slapstick Tragedy on Broadway. I was hoping to be in that as well. Alan Schneider, the director, told me that Williams asked, “But can she be funny?” And, I had done almost nothing but comedy when I had worked with Alan, so he found that pretty funny.

Yes, as Cliff Clavin’s mother in Cheers and the mother-in-law from hell in Sex and the City.

And now you’re on The Closer, which is such a good show.

It’s fun. It’s such a nice group of people, and I think the show is really well written. The man playing the father, Barry Corbin, is a lot of fun too.

You probably get the most name and face recognition from your TV roles. What is that like?

Fortunately, I’m not that well known, so it doesn’t bother me much. I remember being quite surprised when I went to Italy with a friend. We were in the Piazza del Campo in Siena and suddenly this big blond woman bounded over to me and said, “Sex and the City! Sex and the City! We love that show!” My friend was just floored. There I was in a jeans and sneakers and a floppy hat. I don’t know how she even recognized me. It’s the television that does it for you.

You’ve done so much work on the stage, in television and in motion pictures. You also raised six children. How did you balance it all?

You just do what you can. I don’t think anyone can tell you how to do it. My husband  [the late stage and screen actor Thomas A. Carlin] and I took turns and did whatever was necessary. Some of my children are trying to do the same thing.

I read an interview you did when you were in Edward Albee’s Seascape on Broadway. In talking about character, you quoted Tennessee Williams as saying that he let his characters speak for themselves. How does that apply to you as an actor?

As an actor, that is what you always do. You hope that the play helps you know how to play the character. To impose something on a character that may not be inherent doesn’t help. Of course you have to use yourself; everybody does. But you let the play tell you what the character feels and thinks, and what is asked of you.