Buying a house involves large sums of money, a mountain of paperwork filled with legalese and many parties with mismatched interests—from buyers and sellers to real estate agents, mortgage brokers and title agents. 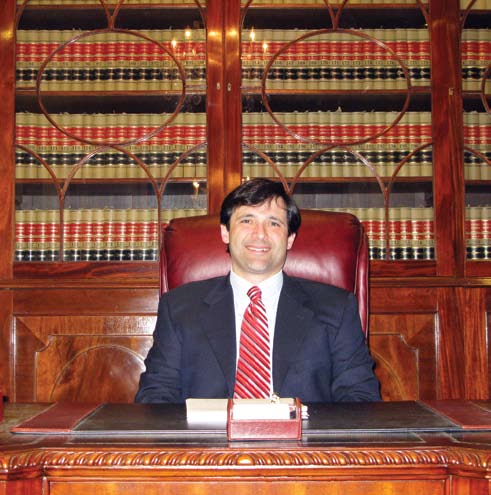 This complex situation makes it rife for fraud, which, according to Marx Sterbcow, is a lot more prevalent than you might think.

Sterbcow is the managing attorney of Sterbcow Law Group, specializing in Real Estate Settlement Procedures Act (RESPA) laws and other legal issues related to real estate. He certainly sees his share of mortgage fraud. Unfortunately, fraud can be difficult to prevent or tamp out, as many people don’t know they’ve been conned until long after the crime has been perpetrated.

What types of mortgage fraud are there?
People forge documents and sometimes even cut and paste signatures into other documents. Lenders may misstate income or employment to help borrowers qualify for loans they might not otherwise qualify for, often without the knowledge of the borrower. I recently saw a case where the lending officer forged a document stating that a house sitter made $10,000 a month. A house sitter! You see all sorts of crazy things. In these cases, the lending officers just want to make a sale and a commission. You also might see some sort of illegal kickbacks or referral fees.

Does fraud normally entail professionals defrauding consumers?
No, you sometimes see buyers and sellers involved in fraud. They might sign one set of documents at closing and send an entirely different set of documents to the lender. They are normally hiding information or cutting a deal so the lender is making a riskier loan than he would otherwise make. And I’ve had home buyers come to me saying they’ve been defrauded when they really just want out of a bad business decision.

When companies defraud customers, how high up the ladder does it go? Does it normally just involve individual employees?
It can just be individuals, but sometimes certain branches might be corrupt or it can be entire companies … even large, well-known ones. Right now, Sterbcow has filed a lawsuit against Allied Home Mortgage Capital, which is the largest private mortgage company in the country. If you look at the public record, the case involves a loan officer and title attorney who allegedly stole a woman’s loan payoff when she refinanced. They never paid the original mortgage, but made the payments on the loan to keep it quiet while they were buying time. This case involves just one woman, but there are a lot of people out there who did business with this company and may have been defrauded. In the industry, it’s a huge scandal.

In a case with a different firm, we had a couple in their 70s who after Katrina wanted a three-month moratorium on their mortgage, just what other mortgage companies were giving. An employee told them they couldn’t get that, but they could get a loan modification instead. Either that employee or another forged documents which doubled their monthly note and tacked on astronomical interest charges and fees. The company also encouraged them to pay with Western Union checks instead of personal checks because they’re harder to track. Then, they’d wait to cash the check and hit the borrowers with late penalties. They’re even charging them pre-paid late fees on months that have yet to pass. Again, it’s not just one employee but companywide.

The real estate industry involves so much regulation. How does this fraud happen?
In a way, the industry is overregulated, which creates more opportunities for fraud. More than more regulation, what’s needed is more enforcement—and not just from the FBI or the U.S. Attorney’s Office. It’s needed from the divisions that write the regulations. But for example HUD’s RESPA division has only 19 employees for the entire United States.

How can people protect themselves?
You have to be proactive. Review all documents before going to closing. And get copies of all documents after you signed them and copies of what’s filed in the courthouse. Examine the signatures. Take a look at your mortgage statements when they arrive. And remember, just because you may personally know the real estate professionals you work with, you have to be vigilant. Nine times out of ten, people are scammed by people they know because it’s easier to do.

How is mortgage fraud related to the current crisis in the housing markets?
I recently heard the statistic that 42 percent of all subprime mortgages made in 2006 or before are going to be in default by the end of this year. Of course, not all foreclosures involve fraud. Many people got themselves in over their heads and made stupid business decisions. At the same time, the crisis has exposed a lot of fraudulent activity.