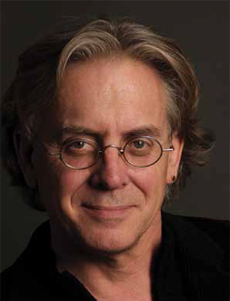 TOMS Shoes founder Blake Mycoskie hit upon a straightforward way to combine commerce and charity. For each pair of shoes he sold, he would give one pair to a needy child. Since 2006, TOMS has donated more than 400,000 shoes, including 2,000 pairs to New Orleans schoolchildren. Last year, local sculpture and jewelry designer Thomas Mann teamed up with TOMS to create a pendant that would benefit its “shoe drops.” Originally planned as a Christmas promotion, the $28 pendent proved so popular that TOMS will keep selling them on its Web site over the next year. Thomas Mann spoke to New Orleans Living about his collaboration with TOMS and how a for-profit company can do work that benefits the community at large.

How did you first hear about TOMS Shoes?

I have had the happy opportunity to be associated with the Clinton Presidential Library in Little Rock, Arkansas, for over 10 years, where I have done special projects for Bill Clinton’s foundation. Through the library, we got a call. The TOMS Shoes guy, Blake Mycoskie, had seen the pieces I had done for the Clinton library and he wondered if I would do something for them. I was already familiar with his business model, and I said, of course, this is fabulous. I definitely want to do something for this organization. As an artist, I’m always looking for an opportunity to be a benefit to my local community, national community and international community in some way. This was a perfect fit.

What was it about TOMS Shoes that impressed you?

They have this New Age business model. It’s like the whole green revolution, where they’re not just about generating profits in a capitalistic kind of way. They’re dedicated to delivering a good portion of their bottom line to the service of humanity. It’s a situation where you can see that your efforts are having a direct impact on people’s lives.

TOMS Shoes donates one pair of shoes for each pendant sold. How much of the proceeds from the pendent also benefit the shoe distribution?

We’re a for-profit company, but when we do projects like this, we sell our product to the organization at a much smaller percentage of mark-up than normal. They’re retailing the pendent for $28, and I think they’re buying it from us for under $10.

How many have you sold?

Two thousand since the middle of December. It’s phenomenal. They’ve been giving us an order for 500 of them every week and a half  since the beginning of December.

The pendant, a shoe attached to a parachute, is a departure from your usual “techno-romantic” style. How did you create the piece?

You wouldn’t look at this piece and say, “Oh, it’s a Thomas Mann.” That’s not the deal. I essentially went and looked at their Web site, all of their logos and lettering, and kind of invented this piece.

As an artist, how do you approach a project like this?

I’ve done them over the years for the Contemporary Arts Center and the Arts Council of New Orleans. Probably the most successful fundraising pin I’ve ever done was a series of ten pins over ten years for Planned Parenthood. That increased their $1,000 donation level 2,000 percent over that time frame. It’s one of the more interesting, and I think fun, aspects of Thomas Mann Design, and it’s one of the things that I truly love doing.

What makes these collaborations so satisfying for you?

I’m a for-profit company, but I’m one of those prototypical liberal, hippie-dippy, community-loving artists who always wants to do something that benefits people other than myself.

TOMS Shoes also shares that philosophy of combining for-profit and charitable activities. Do you think we will see more ventures like this?

One of the interesting side effects of a recession is that it gets people to think more cooperatively. It makes people pull in a little bit and look at their local environment and their local connections to other people in a way that they might not if things were better financially. I see that happening on a lot of different fronts right now. The communication between my artist colleagues and me has increased enormously because we’re all so affected by the recession.

Do you wear TOMS Shoes?

No, I don’t. I have flat feet, so these shoes aren’t so good for me.

139
previous The Cycle of Life
next Southern Comfort