As the organization’s new CEO, Mark Romig brings a passion for his hometown that will drive an ambitious plan to grow leisure tourism toward the city’s tri-centennial and beyond. 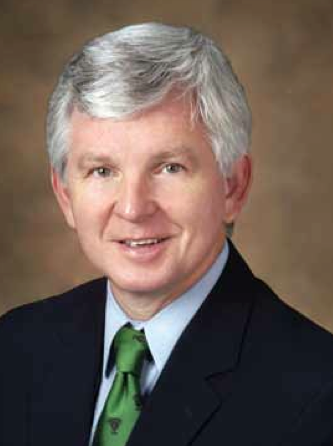 “I’ve always been involved in New Orleans tourism in one way or another,” Romig explained. “Even when I was with the private sector, I found ways to stay involved. Being chosen as the new Chief Executive Officer for the New Orleans Tourism Marketing Corporation (NOTMC) is fills a long-held dream of substantially contributing to the success of the New Orleans tourism.”

With this hometown son’s history of innovation and success, the NOTMC felt no other candidate could have been more qualified nor could other candidates better understand the city’s issues, needs, and great potential. If the board’s unanimous vote is any indication, the entire NOTMC seems united behind and confident in its new leader.

An accomplished marketing and public relations professional in both nonprofit and corporate settings, Roming may be best known for his contributions to some of the city’s biggest landmark, historic, and milestone events. Among the most memorable events bearing Romig’s influence are the Intercontinental Hotel in New Orleans, the 1984 Louisiana World Exposition, the 1999 reopening of Harrah’s New Orleans, the annual Super Bowl football classic, the Idea Village New Orleans Entrepreneur Week (NOEW), and most recently Co-Chairing Marketing in the successful bid to host the 2013 Super Bowl.

“My career has certainly taken me to many industries other than tourism,” Romig explained, “but tourism and hospitality, especially as they relate to New Orleans have always been my real passion. This organization has a great staff that will let me hit the ground running. We have some great campaigns running now and an exciting plan for the future that we think will show impressive results.”

“The New Orleans Tourism Marketing Corporation has a very strong but lean staff in place,” boasted Romig of his eight-member group. “Everybody always has a very full plate, plus we are lucky to have great events throughout the year that we can highlight to attract tourists.”

Currently, Romig and his group are focusing on attracting visitors during the typically slow summer months. The nationwide campaign, called “It’s New Orleans: You’re Different Here,” plays to what Romig calls the natural strengths of the city: It’s food, architecture, music, and people. Based on extensive research revealing that when people visit New Orleans they are visiting a way of life instead of another urban center, the campaign tells people they will find another side of themselves here.

Campaigns like this as well as the city continuing to attract premier events such as the Final Four in 2012 and the Super Bowl in 2013 give Romig confidence in reaching a goal of attracting more than 13.7 million annual visitors by 2018, New Orleans’ 300th anniversary. To achieve this Romig points to partnerships with other tourism-focused organizations; a strong multi-media presence; and national, regional, and local ads that stand out from the norm.

“The other great thing we have going for us is a city newly alive with entrepreneurship,” Romig asserted. “People are excited about working and living in this city where we always have so much going on. But as citizens we also have a responsibility to make our city a clean, friendly place where people want to visit.”

After the summer push, NOTMC will focus efforts on the holiday season. Citing independent, nationally focused research listing New Orleans as one of the most visited cities during the holidays, Romig said the goal is to attract a wider audience within the one-day drive market and emphasize the entire holiday season instead of just the main holidays. Expect to see the first push on this campaign in mid-October.h

Anxious to begin a new chapter for NOTMC, Romig cited unprecedented collaborations with all other organizations related to tourism, expanding an already strong brand, and many more innovative ways to promote our great city.

“I’ve always found myself involved with the hospitality industry one way or the other,” said Romig, “but I really feel like I’m home in this position. This more than a job; it’s a calling for me. I am so excited to be back involved in tourism marketing on a daily basis, and I can’t wait for everyone to see some of the ideas we have cooking for the future!”