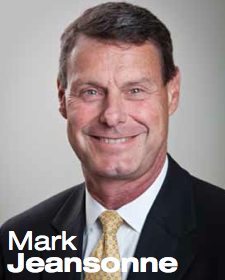 When Mark Jeansonne was re-entering the offshore oil industry after several years spent in other areas of the business world, he read many industry reports about the Gulf of Mexico’s “idle iron,” a term for nonproducing, disused oil wells. Basically, the reports said that around 80 percent of the Gulf’s idle iron is located in depths of 200 feet or less. So three years ago when Jeansonne took over the position of president and CEO of Triton Diving, he knew where he wanted the company to focus.

“As underwater contractors in the commercial diving business, our niche is doing work in the shallow waters of the Gulf, from zero to 300 feet,” Jeansonne says. “The technology to dive deeper than 300 feet is more complicated. Our competitors focus on deep-water diving because it’s sexier, I suppose. What we do is vanilla, but I kind of like vanilla. It’s easier, and the margins are good.”

Before Jeansonne joined Triton, the company was different. But in the past three years, the firm’s revenues have increased three-fold, and the number of personnel has tripled as well. Now Triton is the largest diving contractor in the Gulf of Mexico that serves the zero-to-300 niche.

Its clients include all the major oil companies and many independents, not to mention engineering firms that bring on Triton as a subcontractor. Triton does not get involved in the drilling of new wells but only in the production and post-production aspects of the business. Its work includes inspection, repair, maintenance, construction and decommissioning. And as mentioned, decommissioning idle iron has proven to be a lucrative area. The after-effects of the BP oil spill will drive even more growth.

“Companies have always had a legal obligation to dismantle defunct oil wells and their pipelines, but the BP oil spill created an enhanced awareness of these obligations,” Jeansonne says. “The government activated a plan in February for all operators to provide decommissioning plans, and that’s starting to be acted upon now.” Jeansonne notes that in spite of the mandate, the government has reportedly been slow to issue the relevant permits, but he’s been hearing from his customers that the permitting process has been picking up.

Triton Diving, named after the sea god Poseidon’s son in Greek mythology, was founded in 1999 and keeps its headquarters in Metairie. The company also runs a sales office out of Houston, but its operations are based on a 10-acre property in the town of Amelia, not far from Morgan City. There, the company maintains warehouses and other facilities, including docks for the six support vessels it owns.

“Our vessels are 200 feet in length, man 40 people, and have creature comforts that you normally don’t find offshore,” Jeansonne says. “There’s more square footage in bunk areas, Internet access and flat screen TVs in everyone’s rooms. We’ve spent many millions of dollars on our vessels. Our goal is to make it easier for our employees to work in a tough environment.”

Ultimately, the goal of these investments is to attract and keep top-quality personnel. Jeansonne believes that having experienced, skilled workers is one of the core components of Triton’s success. Accordingly, Triton Diving annually spends hundreds of thousands of dollars on training and makes sure its corporate structure allows for divers to climb a career path that extends up to project manager (when individuals wish to take it that far).

Like his company, Jeansonne is also based in Metairie. He grew up there, went to Rummel High School, and still lives there with his wife and three boys. He earned his undergraduate degree in mechanical engineering from the University of New Orleans, and in his first job, he helped install blowout preventers offshore for Halliburton.

Although trained as an engineer, Jeansonne was interested in business and considered pursuing an MBA. But after surveying the employment landscape, it seemed MBAs were best suited for placing people at mid-level jobs in large corporations, and Jeansonne preferred to be self-sufficient. He decided instead to enroll in law school at Loyola. This program had an MBA component as well, but after receiving his law degree, Jeansonne was too burnt out from studying and working full time to continue.

But law proved to be a good pathway into business for Jeansonne. He started to practice law with a local law firm, and then took a job with a beeper company (remember those?) that was looking for someone with both a legal background and an engineering degree. He transitioned to the business side as the company expanded into the fast-growing cell phone industry. After 10 years, Jeansonne moved on to the investing and banking world before returning to his offshore roots with Triton.

Now that Triton has established itself as the Gulf’s biggest diving contractor in the zero-to-300 feet niche, it’s setting its sights higher. “Our ultimate goal is to become the largest diving contract in the Gulf of Mexico period,” says Jeansonne. “We will be deploying additional capital and plan to grow through purchasing new equipment and vessels and by looking for acquisition opportunities.”

He adds, “I attribute my success in business to identifying opportunities, hard work and determination. You’ve got to work smart, too. I can’t do it all, so I look to surround myself with people I can trust and can delegate to. Delegation, accountability and management are key for any large business to prosper.”