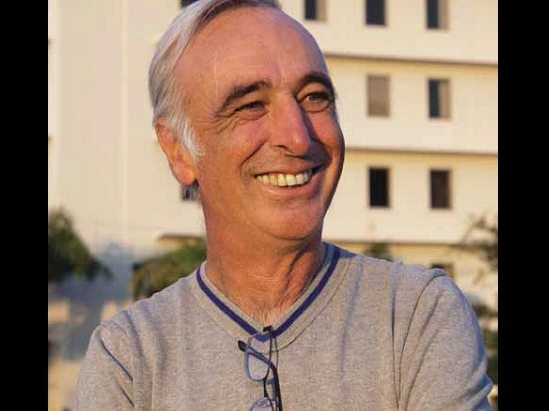 In the New Orleans hospitality market, the Marriotts and Sheratons appeal to mainstream travelers, but visitors coming to our unique city are also looking for a unique place to stay. For them, plenty of options exist as well, ranging from quirky, intimate B&Bs to ornate, old-school establishments. In the category of hotels frequently called “boutique”—those places aiming for sophistication, style and modernity—New Orleans has a new entry: the Hotel Modern.

Taking over the building on Lee Circle that was formerly Hotel Le Cirque, the Hotel Modern is the brainchild of German hotelier Klaus Ortlieb. He and his partner in The August Group NYC are already well known in New York for a number of properties, including the Hotel on Rivington and the Cooper Square Hotel. The latter’s building is one of those innovative glass structures with curving lines and angular protrusions that take a few moments to figure out what’s going on.

“A glass tower like the Cooper Square Hotel wouldn’t fit into New Orleans,” says Ortlieb. “A main goal for me is to create or reposition a hotel so that it belongs to the city. For a hotel to be successful, I need to respect the city I go into and what that city’s all about.”

A new glass tower isn’t necessary anyway, since the Hotel Modern is moving into an existing building from the 1960s whose modern architecture is the inspiration behind the name. And fitting into New Orleans doesn’t mean that a place like the Hotel Modern will simply fade into the background. Even if residents won’t have much of a need to stay in its rooms, fans of the local dining scene will certainly want to check out the restaurant, Tamarind, operated by chefs from Dominique’s on Magazine Street and serving up French-Vietnamese fare.

Meanwhile, its cocktail lounge, named Bellocq after the photographer of the old Storyville district, is affiliated with the owners of the uptown bar Cure. Instead of the jazz and blues bookings often found in other hotel lounges, live entertainment offerings will carve out an eclectic niche that encompasses everything from African bands to upscale drag shows.

The Hotel Modern is The August Group’s first outpost outside of New York. “My love for New Orleans began when I was about 14 or 15 years old, and my family came to New Orleans on a vacation,” Ortlieb says. “I remember absolutely loving the French Quarter. When my partner told me he found a property for sale in New Orleans, all my old love came back.”

Now with white hair, a dapper wardrobe and adolescence far behind him, Ortlieb is certain to impart some of his Big Apple sense of style on his Big Easy hotel. His vacation home in the Catskills has been featured in The New York Times, and both GQ and Esquire have published mini-profiles on him that talk about his fashion accessories, his library and his love of horses. The Hotel Modern will also bring in the unique approach to guest services that are trademarks of his New York hotels.

For one, there is no front desk anywhere in sight. Arriving guests are greeted by a staff member, invited to relax in the lobby with a glass of wine and later given their room key. Ortlieb likens it to staying in a friend’s large house.

“I have been in this business for decades, and everyone calls their hotel ‘a home away from home,’ but how can that be when you still stand in line for check-in and paperwork?” he says. “The way we do it, we take care of everything. You don’t have to stand there tired from your trip and wonder why the person in front of you seems to be taking forever.”

Ortlieb’s idea of hospitality can trace its origin to his childhood in a small town in Germany where his father was the mayor and chief of police. The family, with its nine children, would frequently have guests over in their large dining room. Ortlieb took to helping his mother cook and serve, in part, he admits, to avoid having to hear certain guests repeat their same tired stories night after night.

He went to hotel school in Germany and eventually became the first foreign hire of the swank Claridge’s in London, known for its connections to British royalty. Ortlieb recalls an afternoon when a brash, wealthy Texan arrived for lunch with a horse, and because of his love of horses, Ortlieb was charged with caring for the animal. He had no choice but to allow it to eat all the flowers around the property. Such was the extent that the hotel went to make sure its guests were well cared for.

Ortlieb embarked upon a career in the United States and opened or managed an impressive list of famous properties, including the Mondrian and the Beverly Hills Hotel in Los Angeles and the Mercer in New York. In those endeavors, he remained an employee of the hotel owners, but after 9/11, Ortlieb went off on his own with The August Group.

Although he has a great affection for New Orleans, Ortlieb hasn’t yet seen all the city’s facets. “We closed on the Hotel Modern property last Lundi Gras,” he says. “I didn’t stay for Mardi Gras because I didn’t want to take up a room.” But this coming year, he says he plans to be here.