March 14 – Lark in the Park
Get into your cocktail attire to attend the Friends of City Park’s fabulous gala to benefit the restoration of the park’s historic carousel. 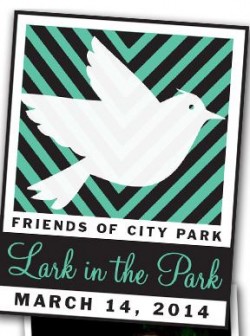 The gala will feature cuisine from New Orleans’ top restaurants, like Commander’s Palace, Ralph’s on the Park, Acme Oyster House, Criollo and more! There also will be live music by Flow Tribe, a live auction and a Vespa raffle, plus festive libations provided by Republic National Distributing Company. friendsofcitypark.com

March 17 – Downtown Irish Club Parade
First organized in 1976, the annual downtown St. Patrick’s Day parade begins on the corner of Burgundy and Piety streets in the Bywater, proceeds up Royal Street, across Esplanade Avenue to Decatur Street, and up Bienville Street to Bourbon Street. The parade makes several pit stops on its way to Bourbon Street, including Markey’s Bar on Louisa Street, Bud Rip’s Bar on Piety Street and 13 on Frenchmen Street. stpatricksdayneworleans.com

March 22-23 – Congo Square New World Rhythms Festival
This upbeat festival celebrates the rich cultural heritage of Louisiana, including influences from Africa, the Caribbean and Latin America — all of which combined to make New Orleans a melting pot of world culture. The 2014 festival will take place at the Old U.S. Mint on Esplanade Avenue and Decatur Street, and will feature musicians, like Haitian band Boukman Eksperyans, New York-based Red Baraat and Kokanko Sata from Mali. jazzandheritage.org/congo-square

March 28 – Nola Food Festival
“Celebrate and Savor” the diversity of our nation’s food at this culinary festival. The popular event has moved the festivities to the French Market, which means a lot more room for food and fun. From a huge food festival with vendors spanning the New Orleans French Market to an “America’s Hometown Sweets” sampling at Cafe Reconcile and a beignet-eating contest, this will be one festival you won’t want to miss. nolafoodfest.com

March 28-29 – Hogs For the Cause
Hogs for the Cause is an annual finger-lickin’ fund-raising festival featuring a pork barbecue cook-off and plenty of live music. Along will delicious, pork-filled goodness from vendors all over the state, the 2014 event will include music by artists, like Rosco Bandana, Dumpstaphunk and The Hold Steady. The goal of the festival is to provide aid and relief for variable expenses and economic burdens that families face while their child is being treated for pediatric brain cancer. Currently, Hogs for the Cause operates as the premier funding source for pediatric brain cancer outreach services in the United States, providing grants to families in need. hogsforthecause.org

March 29 – Louisiana Oyster Jubilee
This local festival, founded by New Orleans Musical Legends Inc., and the Louisiana Seafood Promotion and Marketing Board in 2007, is a simple excuse to celebrate the almighty mollusk.

328
previous Interiors: The Magic of Millwork
next Downtown Living: March 2014