Spotlight on Arthritis : The Arthritis Foundation seeks to raise awareness about the debilitating disease. 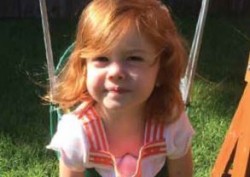 According to the Centers for Disease Control and Prevention, at least one in four adults in Louisiana have been diagnosed with arthritis, while the national average is lower at one in five. It’s the country’s top cause of disability, and it affects people of all ages — including nearly 300,000 children living with Juvenile Arthritis in the United States.

The Arthritis Foundation recently held its annual meeting at the InterContinental New Orleans, with attendance by 325 experts, leaders, staff and volunteers from around the country. The event included sessions on mission impact and scientific discovery; volunteer-led workshops; and the Recognizing our Champions Lunch, in which the foundation acknowledged top fundraising event leadership, community impact and promising partnerships. Also as part of the event, the Evening of Honors reception recognized those who made a significant impact toward a cure by fundraising, advocating and serving as an inspiration for those with arthritis.

“For those living with arthritis, the Arthritis Foundation is committed to providing personalized help and support, when and where people with arthritis need us,” says Ann M. Palmer, president and CEO of the Arthritis Foundation. “Some of these tools include our Better Living Toolkit designed to help you keep track of your health and learn more about your specific type of arthritis; our newly launched Arthritis Resource Finder, so that you can find local service providers; and Your Exercise Solution — an online tool that creates customized fitness recommendations for people living with arthritis. Additionally … we offer JA Power Packs filled with useful information and tools for newly diagnosed children or teens and their families nationwide.”

One such local family that is facing JA is that of Baton Rouge resident, Sara Morthland, whose daughter Ellery was diagnosed with the disease at 19 months. “We live in Baton Rouge, but, luckily for us, there were two pediatric rheumatologists at Children’s Hospital in New Orleans,” Morthland says. “Once we knew it was arthritis, we contacted the Arthritis Foundation, and they sent one of their children’s JA Power Packs to our family. This was a back pack filled with books and brochures about JA, and even a teddy bear that children can use like a heating pad when their joints are aching. Ellery still keeps this bear on her bed.”

In order to increase awareness of arthritis and JA in Louisiana, Morthland has decided to work with the Arthritis Foundation to chair the first Walk to Cure Arthritis in our state’s history. It’s scheduled for May 14 in Baton Rouge. arthritis.org, kidsgetarthritistoo.org
Eye on the Future: A local start-up company wins local pitch competition to improve women’s lives.

Landing Zone, a new 20,000 square-foot business incubator in the Lower Garden District that focuses on empowering entrepreneurship though strategic program alliances and partnerships, recently hosted the final pitch event for the 2016 SBA InnovateHER Business Challenge. The Small Business Administration, in partnership with Microsoft, has created this nationwide prize competition in an effort to find the most innovative products and services that help impact and empower women’s lives.

A local start-up (called BioAesthetics) founded by entrepreneur Nicholas Pashos, which looks to transform the way women recover from breast cancer and mastectomies, won the New Orleans round of the competition. The company’s revolutionary product — an off-the-shelf-ready graft — will allow surgeons to regenerate a woman’s own nipple-areola complex lost through breast cancer.

BioAesthetics, along with other finalists from across the country, will compete in the InnovateHER Finals to be held on March 16 and 17 in Washington, D.C., as part of a larger Women’s Summit. They will compete for three cash prizes, totaling $70,000, provided by Microsoft. sba.gov, lznola.org

While New Orleans Living publisher Maria Muro is a downtown girl through and through, she can’t get enough of the City Surf Fitness studio that recently opened on Magazine Street near Audubon Park. The 2,000-square-foot space features 14 RipSurfer X surfboards from SURFSET Fitnesss (reserve your board online prior to class) where you can surf to your heart’s content — thanks to six signature classes offered throughout the week.

The 50-minute classes range from Pipeline (barre) and City Surf (surf-inspired moves) to City Surf Circuits (station-based workout with two to three rounds of 30-second exercises) and Beach Body Bootcamp (cardio-based class). For those who really think they have what it takes, the Big Kahuna class features strength training through resistance bands and HyperWear SandBells. “I love the Buddha Board class, which is like doing yoga on a surfboard,” Muro says. “It combines balance, strength-training and endurance in a really fun way!” $22 for a one-class session, $45 for three-class trial and $59 for an unlimited intro month (new students); citysurffitness.com