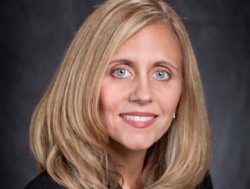 In today’s world, young girls often face a lot of pressure. From pop culture to social media to their own peers, girls are urged to look perfect and much older than they are, accumulate a long list of accomplishments, and demonstrate their ability to gain approval and attention from others. Dr. Laura H. Choate — a professor at Louisiana State University, a licensed professional counselor and a contributor to Psychology Today — addresses these issues in her new book, titled SWIMMING UPSTREAM: Parenting Girls for Resilience in a Toxic Culture (Oxford University Press, $18).

“Parents need to be aware of these pressures and how they can be to girls,” Dr. Choate says. “Once parents of girls at any age have knowledge of the culture, they are better able to make informed decisions about how they are going to respond to these pressures. They can make active decisions about how they will parent their daughters instead of allowing the culture to dictate these decisions.”

Also in the book, Dr. Choate provides parents with reassurance that their influence really can make a significant difference in their daughters’ development. “I provide parents with specific skills for building resilience in their daughters — skills for developing a positive body image, healthy relationships with friends and future romantic partners, skills for keeping academics and extracurriculars in perspective, and skills for developing healthy coping and problem-solving strategies. Parents can help instill these qualities in their daughters and it is never too early to start! We don’t have to do what everyone else is doing. As I say in the book, we can choose to swim upstream.” drlaurachoate.wordpress.com
Swim Safety: Protect your children around the water to avoid drowning accidents.

In keeping with the idea of swimming, it’s never too early to think about child swim safety. Every year, thousands of children lose their lives in avoidable drowning situations, and last year was no different. According to recent data released by the United States Swim School Association, between Memorial Day and Labor Day 2015 alone, there were 461 media-reported drowning events involving a child age 18 and under. Of the 461 drowning incidents, the most common location that the drowning occurred was in swimming pools (209), followed by lakes (76), rivers (51), ponds (25) and oceans (25). The majority of drowning incidents involved males (65 percent); females accounted for about 28.8 percent, and gender was not reported for the remaining 6.2 percent of cases.

According to Sue Mackie, Executive Director of the USSSA, there are several things parents can do to ensure their child’s safety around the water. Here are some of her tips:

• “After a winter away from the pool, test your child’s swimming and water safety skills. Make sure your child can swim a full lap of the pool. This will inform you if your child can swim far enough to reach the side or a step to exit the pool no matter where he or she falls or jumps in.”

• “Keep children under constant, unimpaired adult supervision when around water. At the first signs of struggle, even if you think your child might be playing a game, react and prepare to help. Drowning is often quiet so always watch the water.”

• “Throw, Don’t Go — A young child struggling in the water can easily cause an adult attempting a rescue to drown as well. It is safer to throw a lifesaving device, towel, rope or even a pool noodle to the person in the water; wait until he or she grabs hold; and then tow the person to safety.”
Maria’s Pick

Local entrepreneur and veteran Robert Armbruster and his wife Nicole first opened Landing Zone NOLA about one year ago. New Orleans Living publisher Maria Muro loves the approximately 30,000-square-foot space at 625 Celeste St. because it is a business incubator and co-working space that is geared toward helping transitioning veterans and entrepreneurs.

“I wanted to create a place that vets can be around other vets and civilians, and help each other do great things,” Robert says. “Along with the non-profit veteran business accelerator program called VetLaunch, we also offer classes during the week through alliances with the Small Business Association, Louisiana Economic Development, SCORE New Orleans, and the Louisiana Small Business Development Center.”

The first and second floors of the building includes 19 offices, 8 private desks, three conference rooms, co-working lounges and workspace, and a large event kitchen and lounge. The space also includes a gym, Cypress Fitness, which tenants have access to. The third floor, which is slated to open late spring this year, will offer nearly 10,000 square feet of event and potential office space. “One of the main things veterans miss when they leave the military is the camaraderie of being around other veterans,” Robert says. “Co-working also provides an affordable avenue for office space for entrepreneurs, which helps start-ups save money as they grow.”

368
previous Retrain Your Brain
next Strength in Movement