Jenn Lormand: Getting to the Core

Beyond the spit-up, past the exhaustion, beneath the stretch marks and over the weight gain, there’s a quieter side to being a new mother that no one wants to talk about: pelvic floor dysfunction. 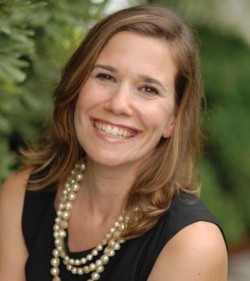 A woman’s essential foundation comes from deep abdominals, her pelvic floor and lower back. A childbirth can be a strain on that body structure, says Jenn Lormand, author, exercise physiologist and owner of Ascension Fitness training studio in Metairie. She says one in three females are affected by pelvic floor dysfunction and one in nine postpartum women have the more severe pelvic organ prolapse, which can cause urinary incontinence, back and hip pain, and pain during sexual intercourse.

“It affects self-esteem,” Lormand says. “It affects your relationship with your husband. It affects the things that every new mom wants to do like squatting down and picking up your baby. And it can set up a nasty feedback loop of pain.”

Lormand recognizes that new motherhood can be a stressful time, and she is passionate about helping women manage the changes in their bodies and their lives. She’s found big success with the program she created—called mommymovement — to help heal women, rebuild their core, reconnect them to their bodies and return them to pre-pregnancy function levels.

Lormand was the first to use the program on herself. She had chronic asthma and coughing as a child, which made her more susceptible to a weak pelvic foundation. After her first two babies, she had the common abdominal separation, and, after her third, she discovered she had stage two pelvic organ prolapse.

All of this made getting back in shape a definite struggle. Through serious research and then trial and error, she put together a body-recovery blueprint and then a book — The 8-Week Body-Back Plan for New Moms — for those with a new baby at home who can’t juggle the in-studio time commitment. Her second book is in the works outlining specifics of a fitness program for women with pelvic organ prolapse.

Her main message is helping women understand that they don’t have to suffer. “What kills me and frustrates me is you have these billion-dollar companies like Poise, making lots of money off of urinary incontinence and bladder prolapse with their products, but we aren’t educating women how they can help improve these things,” Lormand says. “For every baby diaper in the landfill, there are four adult diapers. We’ve got women peeing on themselves and women still won’t talk about it. You don’t have to live your grandmother’s life as a young mother.”

While women arrive at Ascension Fitness wanting to lose weight quickly or “rock their bikini again,” Lormand is quick to let them know there’s an even higher purpose to their training. It’s more than just getting your body back; it’s getting freedom. And getting your body to function the way it was and the way you deserve.

Some days with her mommymovement clients, Lormand feels as much like a therapist as she does a personal trainer. “I get the emotional struggle,” she says. “It just sucks. But we’ve gotta make some lemonade. Be patient; stay the course.” She teaches moms to be content with small incremental progress and be satisfied with being the best they can without overdoing it.

“Being a mom in this day and age is one of the hardest jobs on the planet simply because of the pressure we put on ourselves that we’re supposed to be able to do it all,” Lormand says. She tries to be the voice of reason with the women she helps train, but she’s up against a battlefield of healthy dinner prep, planning the perfect birthday party, rushing to copious activities, and that gosh darned Pinterest. She reminds mothers that our children learn healthy behavior by watching us. “If you don’t fill your own gas tank, you’re not going to have anything left for your kids,” she says.

Though her children are getting older, Lormand has enjoyed watching her practice continue to grow and evolve as she grows and evolves as a mother. She’s in the mommymovement for the long haul. “I have pelvic organ prolapse,” she says. “It’s not going to go away. I’m going to have to continue to work to stay functional. This population will always be first in mind because I’m living it too.” jennlormand.com, ascensionfitnessnola.com

610
previous Hands-on Interaction
next Kristen Schenck: A Picture in Paint