Variety and Challenge the Keys to Surgical Success 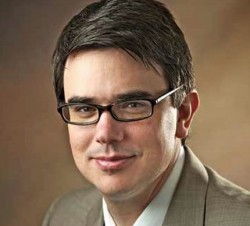 Ian Hodgdon, M.D., is the physician he is today thanks to many layers of past experience. He worked in retail, construction and home health. He was an English major, mulling a writing career, when he toured his mother’s medical school and was fascinated by what he saw.

“I really wanted to do something challenging and interesting; something that fit with me,” Dr. Hodgdon says. “Once I started medical school, it felt like that was exactly what I needed to be doing.”

Judging by the accolades, his intuition was right. He won Louisiana State University’s resident of the year his second, third and fourth years; cases of the year second and third year of residency; and surgical intern of the year and chief resident his final year. After several years in Hammond at North Oaks and Lallie Kemp, he has just been hired to return to the LSU Department of Surgery where he will be training residents and medical students as well as conducting research.

The path wasn’t always straight, however. In his third year of medical school, Hurricane Katrina hit the city. He and his fellow classmates had to bounce around and find new rotations, while New Orleans was in chaos. They volunteered in refugee shelters and learned lessons that medical school could never teach.

That was just another layer. And an amazing lesson in empathy that helped him formulate his focus on patient-centered care.

“A lot of our patients are sick, but then also they have trouble in their lives,” Dr. Hodgdon says. Just like after Katrina when so many patients had both disease and homelessness or lost their jobs and had no money for medicine, Dr. Hodgdon says the patients’ social problems can be as big as their medical problems. “You have to take in account the whole patient and the struggles people go through,” he says. “Life is unpredictable and out of our control.”

To that end, an important facet of his work is just listening to his patients talk. He’s met ranchers, oyster fishermen, quilters and more. “It’s kind of like being a reporter — you get to ask people about how they’ve spent their lives. I get to learn about things I’ve never known.”

His favorite aspect of going back to LSU is getting back with a group of physicians he’s known since medical school. “I really like the people I’m going to be working with, and I’m really excited to work with them,” Dr. Hodgdon says. “They’re great people and doctors. I got such good training at LSU. The school has such a great track record of training doctors of all fields.”

Part of that training responsibility falls to him, and Dr. Hodgdon says he takes it seriously. “Academics are important to help grow the next generation of surgeons for Louisiana and the country,” he says. “It’s a fun challenge … I can take care of patients but also help the students learn.”

As a general surgeon, Dr. Hodgdon sees patients with a wide array of various ailments. From melanomas referred by dermatologists to tumors from gastroenterologists or breast masses from OB/GYNs — he handle gallstones, hernias, appendectomies … the list goes on.

Dr. Hodgdon says it is a field that demands the surgeon stays on top of a huge number of anatomical and surgical issues. “Our residency is five years long,” he says. “Afterwards, some people do like to focus and specialize in one part of it, but, as a general surgeon, it’s always interesting, and we stay in it because it’s a challenge and you never get bored.”
His enthusiasm for the job is infectious, and he shares it with anyone interested in a medical career. “You’re always going to be helping people; providing a good service to the world,” he says. “I’ve had jobs that were okay, but it was still a job. Doing something technical and hard, and doing a good job — when things work well — it’s the most satisfying thing I’ve ever had.”

Dr. Hodgdon is very proud of his family. His mother, a former anesthesiologist, now teaches math at the University of Alaska. His father is a security guard who restores classic cars, and he has a younger brother who is a former enlisted Marine. His wife was born in Vietnam and escaped to Japan after the Vietnam War. She came to America to study at the University of New Orleans to become a Japanese translator and medical coder. She just gave birth to their third child in June. So many layers … and now a new generation of them.