Libations for Locals: Jazz up Your Spirits

New Orleans is a city filled with music. It floats throughout our springtime festivals, bubbles up in weekly concerts and spills out into the streets from nearly every bar in town. The following bars are only a few notes of the vast composition that is the Crescent City. 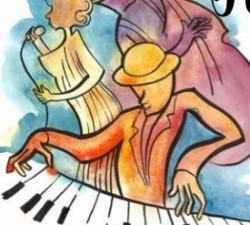 Gasa Gasa
Fairly new to the game as New Orleans music venues go, Gasa Gasa has been highlighting local talent on Freret Street for the past four years and is still going strong. Upcoming acts this month at Gasa Gasa include Ben Sollee, Airpark, All Them Witches, The Suitcase Junket, Froth, Sweet Spirit, Red Baraat and Mandolin Orange. The uptown bar is open to adults 18 years and older, but it also features a bar and courtyard — not to mention free wifi. Millennial-driven? Maybe … but don’t let that deter you from checking it out. 4920 Freret St., (504) 338-3567, gasagasa.com