New Orleans has always been a city steeped in stories. From its crumbling walls in the French Quarter to its graveyard “Cities of the Dead” to cannons on the Chalmette Battlefield, the tales that inhabit New Orleans are as rich and diverse as the city itself. 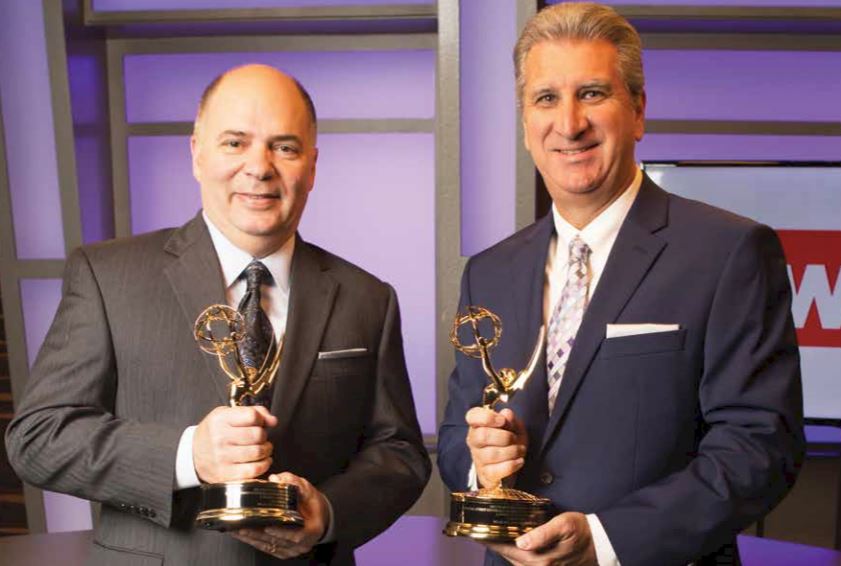 But stories remain secrets unless they are told.

And that’s the mission of longtime WLAE General Managers Ron Yager and Jim Dotson. The duo met in 1979, while attending college at Loyola University. After graduation, they formed their own production company, Take One Productions. And in 1998, the pair was recruited by WLAE to run the production department. At the time, the station’s primary focus was on live music and concert productions. After Hurricane Katrina, Ron and Jim were offered an opportunity to produce a Fats Domino concert for public television. Expecting the typical one-hour music concert special and a quick turnaround for broadcast, they were unprepared when Fats only played for 30 minutes. “We had to fill the remainder of the time with a documentary about his life,” Yager says. “That started our documentary business and we haven’t looked back.”

The white erase board in the WLAE production room is covered in black marker. More than 35 potential ideas cluster about, like the uncertain tracks of an impending hurricane. Yager and Dotson are determined to untangle the mess and unearth stories out of the remains. “When you go down this road of telling stories, a million ideas pop up,” Dotson says. “We want to do them all, but it’s impossible. The nature of putting them together can be exhausting and take months of work. But it’s important to Ron and I to tell them.”

“If we don’t do it, who will?” Yager asks. “We have the platform to present these projects. We feel strongly about it, and we’re inspired to do it. We want these history markers for our city.”

After Fats Domino, the duo went on to produce Glory Days, The Catholic League of New Orleans. The documentary was so popular that it became a three-part series. “It’s amazing — when you start with Fats Domino, then Allen Toussaint, other projects [and] ideas start coming to you, and people come to you with ideas,” Dotson says. “We move the timely ones, like anniversaries and the like, to the top of the list.”

Being timely, hyperlocal and informative is what sets WLAE apart from other stations. “Commercial stations have news,” Yager says. “We produce informational programs. We have our own niche of content that’s different than commercial broadcasters. We try to produce content that serves as part mission and part interest to those in the community. We want to educate, inform and inspire. We’ve been around for over 30 years, and our audience knows us and trusts us. People who watch public TV are accustomed to seeing these types of programs, and they really gravitate to what’s local.”

While Yager and Dotson choose the projects and give them a voice, they are quick to add that they rely on a proven team of talent to accomplish their goals. “We see ourselves as talent assemblers,” Yager says. “We function as the creators and executive producers of projects and bring together great producers, cinematographers and editors to produce award-winning documentaries.”

“We have a formula for getting projects done that’s been refined over time,” Dotson adds. “We have the playbook now. We make sure projects not only start but get finished as well. It’s important to us to finish them all.”

The quality of WLAE’s programs has turned celebrity heads as well. The station’s projects have not only won national acclaim but have attracted world-class talent who want to be a part of what they’re doing. Jay Thomas signed on as the narrator for Glory Days: The Catholic League of New Orleans Part I & II. John Goodman heard about the Fats Domino documentary and offered to come on board. “He’s a big Fats Domino fan and was perfect for that show,” Yager says. Other artists that Yager and Dotson have worked with include Stevie Wonder, Dan Aykroyd, Allen Toussaint, Aaron Neville, Jimmy Buffet, Sheryl Crow, John Legend, Sting, Natalie Cole and many more.

They both stress the importance of getting the story right. “What’s gratifying to Ron and I is to sit and watch at a premiere and see people light up and know we’ve done a good job with their story,” Dotson says. “We make sure the facts are correct, we have the right pictures, etc. It’s a legacy and it’s important for us to get it right.”

One project they are particularly proud of is this month’s premiere of Leah Chase – The Queen of Creole Cuisine. “Leah and her family loved it,” Dotson says. “That was a big deal to us.”

Saying the pair is passionate about their work is an understatement. “It was like a lightbulb went off a few years ago that this was really what I was supposed to do,” Dotson says. “Once you have that purpose, you can’t get to it quick enough. It’s our duty to tell stories responsibly that leave a lasting legacy, and do them well. That’s the heart of what we do.”

Go Coast
The Story of Covington
Glory Days: The Catholic League of New Orleans Part I & II
Tribute to Toussaint
Praying For A Miracle
The Road To Sainthood
A Legacy of Love, Henriette Delille
Holy Cross University
Leah Chase – The Queen Of Creole Cuisine
Stories In The Works