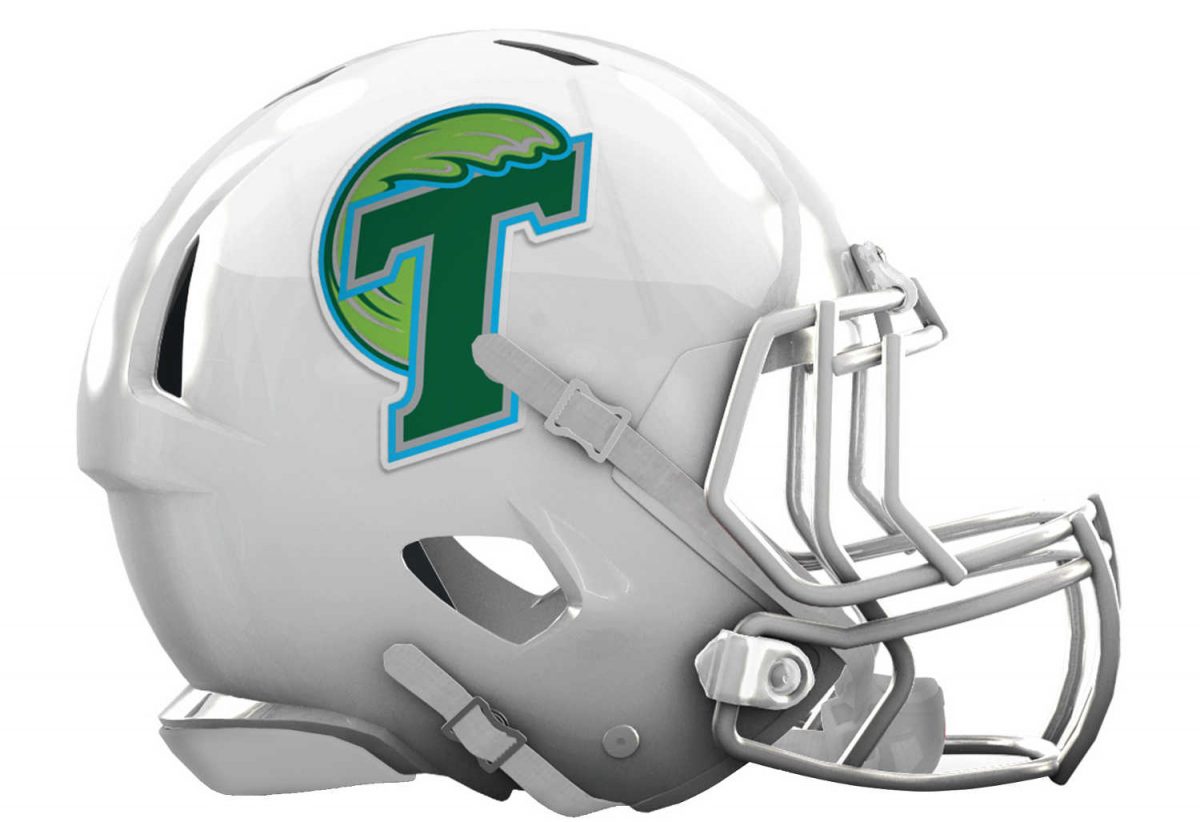 At Tulane University, the magic number is 1931: That is the last time the Tulane Green Wave ran for as many yards as they did in 2016 (2,737). In 2017, the Greenies are looking to break the record with an eye toward a goal of 3,000 rushing yards in a season coupled with a bowl invite. Tulane has carried the ball forward with senior running back Dontrell Hilliard and quarterbacks Jonathan Banks and Johnathan Brantley. In a stunning opening to what was supposed to be an ultimately predictable loss to the Oklahoma Sooners, the Green Wave, led by Hilliard and Brantley who each scored once, took two leads on the road against the nation’s second ranked team. The first demonstrated Brantley’s skills as a runner as well as his passing, and culminated in a Hilliard touchdown run. The second was another long drive propelled by Hilliard’s 34-yard run, finishing in a Brantley touchdown run. For one brief moment, Tulane held a lead not once but twice against an elite college program. Oklahoma persevered in the end, but Tulane exhibited that it could play with pride, toughness and talent on a big stage. The Green Wave, which at one point had been under consideration for Big XII Conference membership, demonstrated not only competitiveness but also a vision for its future, and that vision starts with the running game.

Hilliard finished with more than 100 yards and a touchdown versus Oklahoma, a remarkable performance considering the sizable difference in talent that had awaited him on the defensive side of the line. Another key year for Tulane was 2009, which was the last season that the Green Wave had a running back gain 1,000 yards rushing, and that was accomplished by Matt Forte, who of course went on to NFL stardom. These figures may seem like mere benchmarks or arbitrary goals, but, in reality, their effect if reached would be to help Tulane build its football program into one with national aspirations. Head coach Willie Fritz led teams at Georgia Southern to top-ranked rushing totals, which helped that program take a quantum leap forward to the next level, the FBS Division. And Louisiana is naturally blessed with a wealth of running back talent, as has Tulane been over the recent years, with its NFL-ready backs having included Matt Forte, Rob Kelley and Orleans Darkwa in recent years.

Together Fritz and the state of Louisiana seem like a perfect fit. But in order to make his system and plan work, he will need to find a bell cow back. At Georgia Southern, the prototype was quarterback Jerick McKinnon, who went on to be a third-round draft pick by the Minnesota Vikings and has enjoyed some success in the pros. At Tulane, the player fitting that mold is quarterback Jonathan Banks, who put on an exciting display in the Green Wave’s season opener, proving every bit the dual threat that Fritz likes to feature by completing 10 for 15 passes for 185 yards as well as carrying the ball 16 times for 69 yards and a combined four touchdowns. While the remarkable game, featuring 31 passing and rushing touches, came against Grambling, a lower division opponent, it did allow the team to demonstrate exactly the kind of offense that they could and would ideally like to feature not only as the season progresses but also as it would like to employ as a program moving forward. In a setback for the team’s season hopes, Banks was injured in the following game, leading to Brantley’s emergence against Oklahoma, but clearly the Green Wave has established leadership at the quarterback position moving forward. In the end, if he can stay healthy, Banks may join the short list of great Tulane dual threat quarterbacks including Steve Foley (1972-74), Terrence Jones (1985-88) and Shaun King (1995-98), all of whom also led their teams to winning records.

However, it is at running back that Fritz will have the best chance to turn Tulane into a prominent program, as year after year that is the position at which Louisiana has produced some of the nation’s elite college talents, including recently Eddie Lacy of Dutchtown High School in Geismar, Jeremy Hill of Redemptorist High School in Baton Rouge, Leonard Fournette of St. Augustine High School in New Orleans, and Derrius Guice of Catholic High School in Baton Rouge. Hilliard, whom Tulane recruited from Scotlandville High School in Baton Rouge, exemplifies just the sort of player that Fritz needs to find in his own talent-rich backyard. Indeed, Hilliard received offers from schools at major conferences nationwide, including Oklahoma State (Big 12), Missouri (SEC) and Minnesota (Big 10), but he chose Tulane over all of them. In 2016, Hilliard helped the team run for 228.1 yards per game, the most since 1966. That was good enough to rank 26th nationally in rushing offense, which was a vast improvement (in fact, almost double the total yards per game) over the prior season when the Wave finished 119th. Hilliard, who is deceptive in his running style, showing vision in finding holes and bursting through seams with surprising quickness, crossed the 2,000 career rushing yards total in the Oklahoma game. From there, he could take aim at the list of Tulane’s top five all-time rushers, including Jamaica Dartez.