An LSU Tiger at FOX 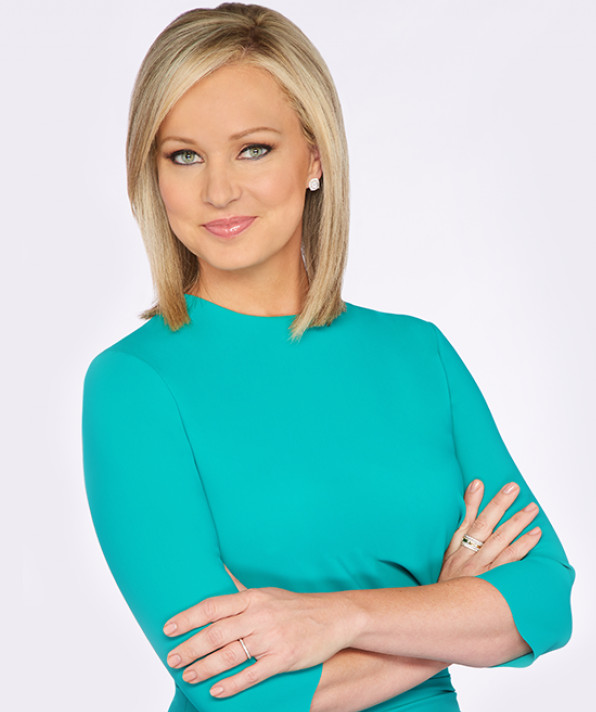 Smart, savvy and beautiful news anchor Sandra Smith, a graduate of Louisiana State University, is getting more time to deliver the latest headlines to America each weekday morning on America’s Newsroom. The popular news/talk program on the FOX News Channel, which airs Monday through Friday from 8-11 a.m., jumped from a two- to a three-hour format June 11. In Oct. 2017, Smith joined America’s Newsroom alongside co-host Bill Hemmer, and it remains the No. 1 cable news broadcast in its time slot, having averaged 1.6 million total viewers. Smith is excited for the opportunity to cover up-to-the-minute headlines in even more depth.

“It was an enormous week,” Smith says of the extended-hour debut of America’s Newsroom. “Three hours of news programming in the morning is an awesome challenge to take on. My co-host Bill Hemmer and I have been working together on the show since October, and we always finished the two hours feeling like we had just started to sink our teeth into stuff, so the three hours gives us a chance to really get into the stories of the day.”

The new three-hour version of America’s Newsroom focuses on hard news and features political analysis, current events and interviews, plus recurring segments, “The A-Team” and “The Headliner,” sandwiched between two hours of structured news. “‘The Headliner’ [features] our big newsmaker-type guest, and our America’s Newsroom ‘A-Team’ panel consists of three guests that cover all angles to help our viewers digest the news of the morning. It’s felt good so far and we feel like it’s effective to split up those two structured news hours with this big panel and our headliner guest.”

During the debut week of the extended America’s Newsroom, House Majority Whip and representative for Louisiana’s First Congressional District, Republican Steve Scalise — who was shot in June 2017 by a far left-wing activist, while practicing for the annual Congressional Baseball Game for Charity — was a guest. “It was amazing to have him on, and it was so nice to see him smiling and getting back out on the baseball field ahead of this year’s baseball game,” Smith says. “It’s one of those American pastimes where Republicans and Democrats get together to play a game they love. Looking back at the moments following that shooting when Steve Scalise was recovering in the hospital, and Democrats like Nancy Pelosi wore an LSU Tigers shirt and said, ‘We’re Team Scalise,’ it’s hard not to get tears in your eyes because it truly was a moment when everybody came together after a horrific thing. To have him as our ‘Headliner’ and to see him get back out on the field in purple and gold was a proud moment for me as a journalist and as a graduate of LSU.”

Smith studied business at LSU with concentrations in speech and French. “It’s interesting how I actually chose LSU,” says Smith, who hails from a family thick in the financial industry. Her dad worked both exchanges, primarily the Chicago Mercantile Exchange. “I was the youngest of six [children], with four sisters and a brother growing up in the Chicago area,” Smith says. “My dad introduced us all to the business, and I stayed by his side and learned a lot.”

“I wanted something unique in a college,” Smith says. “I wanted to study business, but I loved French in high school. Then I discovered there was a French-speaking area in the United States, so I thought, ‘That’s it — I’m going down to Baton Rouge, Louisiana!’ I started out at Illinois State University, which had a national student exchange program where you could study at another university, so I went down to LSU. After a semester, I called my parents and said, ‘There’s no way I’m leaving this place!’ I fell completely in love with the area and did another semester. That summer I went back home and just knew in my heart that I belonged in Louisiana, so I transferred to LSU.”

Smith starting running at an early age and was the captain of her high school team. She became a Division I athlete who ran cross country, and track and field, on LSU’s Women’s National Championship team, earning Academic All-American honors, and, at one time, holding the school’s third-fastest time in the 3,000-meter steeplechase (11:57.98). “When I went back to Baton Rouge that fall, I ran a race open to the public that legendary head coach Pat Henry was hosting and I wound up winning,” she says. “He invited me to come run with the team, and I ran around those gorgeous lakes by LSU, and I kept up with the lead pack. Then I had this amazing career as a track and field and a cross country athlete, and I was on the road with the team. It was wild! My parents couldn’t wrap their minds around it. I’d call and say, ‘I think I’m one of their top distance runners; I’m flying to California for a race!’ We won a few national championships. I ran in the SEC championship, which was a fantastic experience.” Smith recently ran a 5K. “Working in the news environment, I joke that I can sprint in heels — and I truly can.”

As an LSU student, Smith experienced Southeast Louisiana culture like a local. “I had friends from Baton Rouge, New Orleans and surrounding towns like Amite,” Smith says. “I’d go home with friends or go to church with their families. It was so neat to experience Louisiana that way, and it greatly affected me. Chicago was home base so I spent holidays in Metairie, which was home to lots of my friends. My husband [John Connolly] hears me tell stories about my time in Louisiana, and the food I ate and the songs we sang or heard. I saw some down-home versions of Mardi Gras parades different from the tourist stuff. I really love the way people live life in Louisiana; whether you’re a guy or a gal, everyone can cook and dance. That was so different from how I grew up in the Midwest. Everybody in Louisiana boils shrimp in their backyard and has a musical instrument in their living room, and I just love the appreciation for life and family there.”

Smith is an extremely proud LSU alum. “I love saying that I graduated from LSU,” she says. “My experience there was 100 percent wonderful, and I have such fond memories. It really shaped who I am as an adult, and plays a big part in my life every day. It’s an instant conversation starter to say I went to school in Southeast Louisiana. I brought my husband down for a few games, and he couldn’t believe the tailgating. It is so impressive.” Preparing a recipe out of her LSU cookbook, Tiger Bait, is one of her favorite things to do. “I write a little note in the cookbook when I make something, whether it’s an old-school gumbo or jambalaya. I’ll experiment with things I’ve never made before, and I have go-to recipes I love to make. I’ve thrown LSU football parties at my house.”

Smith’s career began as a research associate at Aegis Capital before working as a trader at Hermitage Capital in New York City. She then became the Director of Institutional Sales and Trading for Terra Nova Institutional before being wooed into the world of television. “I was the only female at an all-male trade desk at Terra Nova in Chicago, which is actually where I met my husband, when I was asked to be the face of the company and offer commentary from the trading floors to Bloomberg Television and CNBC,” Smith says. “I was nervous but agreed to do it; then producers from Bloomberg were calling and saying, ‘What do you think about doing this as a career?’ They hired me to work in New York, so I packed my bags and the rest is history. I was at Bloomberg for less than a year when FOX called to say they were launching the FOX Business Network in Oct. 2007, and I was there reporting from day one.”

Over the next several years, Smith appeared on both FBN and FNC daytime and primetime programs. In Oct. 2009, she became a regular on Imus in the Morning, and was a frequent guest on Fox Business Happy Hour, Red Eye w/ Greg Gutfeld and Hannity. In April 2014, the show Outnumbered was launched on the FOX News Channel, and Smith was co-anchor with Harris Faulkner, two rotating female panelists and “one lucky guy.” Smith still fills in as guest anchor on The Story with Martha MacCallum in primetime.

Smith has had some impressive moments in her career so far. “I’ll always remember covering the presidential election of 2016,” Smith says. “The highlight of my career was hosting two GOP presidential debates for FBN in Charleston and in Milwaukee. It was incredible to be a part of history, asking important questions so voters can make informed decisions on who the next president would be.” Smith and FBN’s Trish Regan became the first all-female duo to moderate a presidential debate in American history in Nov. 2015. “I covered the financial crisis and stood outside every bank for 12 hours a day reporting. I chased Bernie Madoff in the freezing cold! I covered the royal wedding of Prince Harry and Meghan Markle on location. Windsor is a magical place! I was right there when William and Harry stepped out of the castle to walk and say, ‘Hello,’ to the people waiting to get a glimpse. Covering the actual wedding was something I’ll always remember.”

Smith lives in Westchester County in New York with her husband, daughter Cora, son John and a German Shorthaired Pointer named Whiskey, and she feels lucky to have a wonderful family and an amazing career. “You can read some unfortunate things about FOX, but I can sincerely say it’s really a supportive work environment,” Smith says. “I have great relationships with many of my colleagues. Recently, FOX sponsored tables at the Susan G. Komen event in New York City to honor Gerri Willis, an anchor at FBN who had breast cancer and thankfully is now cancer-free. It was so nice for us to all come together for such a great person and a great cause. I’ve got an incredibly impressive group of people when it comes to experience, education and smarts to call my colleagues.” foxnews.com, @sandrasmithfox