A Taste for Design 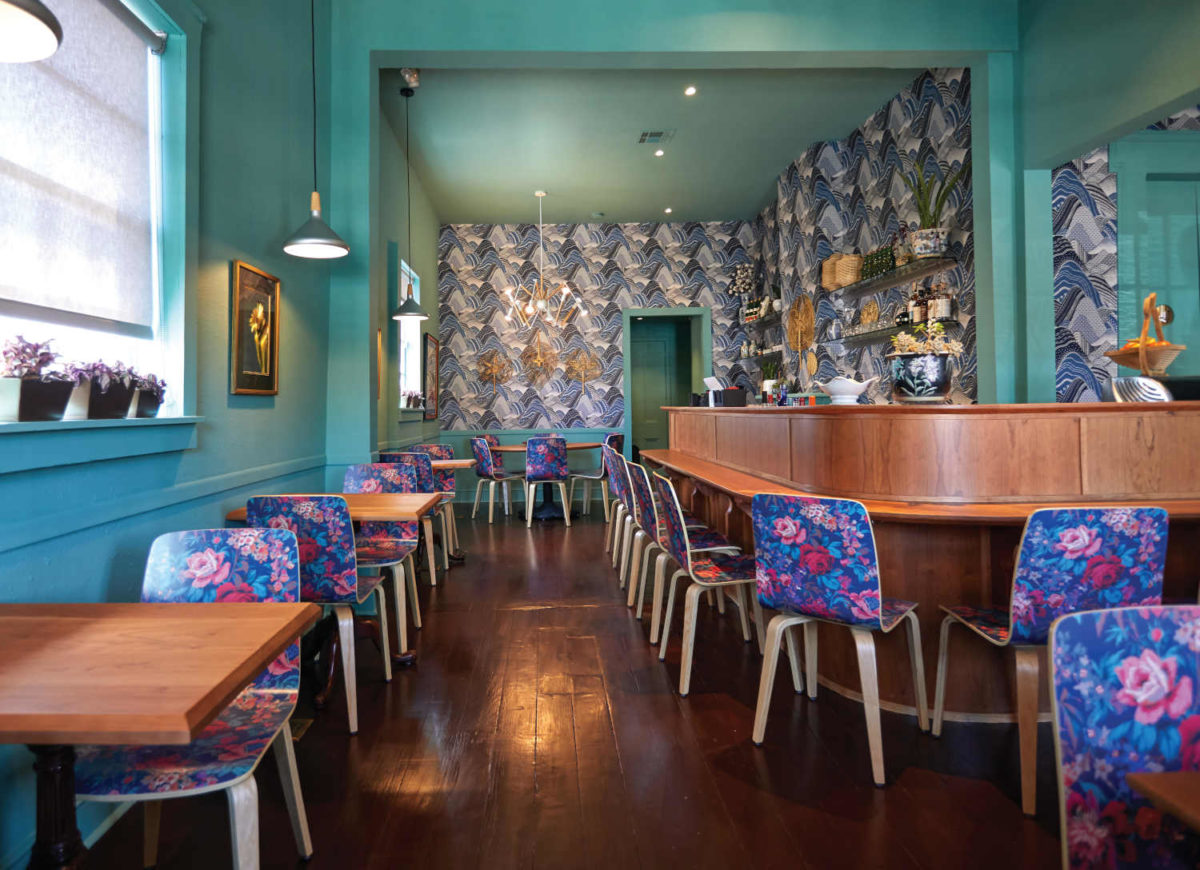 Famous British Interior Designer Kelly Hoppen once said, “Learn to look not just with your eyes, but with your heart. Find the things that connect with you.” Though she may never have heard this design philosophy, amateur designer Jennifer Wade embraced it nonetheless when creating the ambience at Luvi Restaurant.

Opened nearly three months ago, Luvi offers a unique fusion of Chinese and Japanese cuisine created by Chef and Owner Hao Gong. Born and raised in Shanghai, Gong spent all of his adult life preparing both Chinese and Japanese cuisine. In fact, he spent many years as the head chef of Sake Cafe before finally striking out on his own. When Gong decided to launch Luvi, he entrusted his wife to manage the design. “He really just let me take over and didn’t give me any problems,” Wade says. “He said, ‘You go with it. I trust you. If it doesn’t work out, we’ll change it.’”

Though she has no formal training in interior design, Wade dove headlong into the project desiring only to help her husband’s restaurant come to fruition. “I work in finance and operations, which is the exact opposite [of design],” Wade says, laughing. All joking aside, Wade admits to pursuing an associate’s degree from the Fashion Institute of Technology in New York (which could explain her aesthetic eye) before shifting her career focus.

The small, double shotgun house on the corner Tchoupitoulas and Bellecastle streets has played host to two other businesses in the past, Blue Dot and Proofed. To say the space has changed from its doughnut shop days is an understatement, although there was no heavy construction in the new design. “It shows how you can really change a lot without changing that much,” Wade says.

One of the most striking features upon first walking in is the graphic art-style wallpaper in shades of blue. “If you look at it, it can be mountains; it can be waves; it could also be a quilt,” Wade says. “We were thinking about where he comes from and how he started and his childhood when he was developing the menu. This is kind of how all of these things came together.” They desired something that spoke to Gong’s Chinese ancestry, his love of Japanese cuisine and something with a modern bent, allowing the chef freedom to create dishes with elements from both nationalities. The modern wallpaper evokes a Japanese sensibility, while the flat jade offers a Chinese ingredient.

Another outstanding piece is the bar. Made from cherry wood, it was created by the folks at NOLA Boards, a handcrafted cutting board, counter top and custom furniture shop located in the French Quarter. “Hao really wanted a raw bar,” Wade says. “He has 20-plus years experience as a Japanese chef and he really enjoys being in front of the customer.” The tables and elaborate adjustable shelving on the far wall (where Chef Gong hangs out) was also crafted by NOLA Boards.

Seen separately, one might imagine the cobalt blue, floral-design chairs would clash horribly with the rest, but they actually work and instead tie the whole room together. “[Gong] does a lot of delicate dishes and he likes to use a lot of flora,” Wade says. “The chairs have a kind of retro vibe — very simple — and the flowers pull in what he does in his dishes.”

Despite the fact that Wade hired professionals to paint, put up the wallpaper and install the shelves, most of the brainstorming and shopping occurred on the weekends either out with their children, Lulu and Violet (who the restaurant was named after), or shopping online. “Once I picked a focus, in this case the wallpaper, I can work from that,” Wade says. “It works in all aspects of life.” She also didn’t let opinions from friends and family sway her design decisions. “The didn’t like the wallpaper. They didn’t like the color. They didn’t like the chairs,” Wade says, laughing. “But it really is all about the food. I wanted a design that would highlight what he’s doing and complement him as a chef.” 5236 Tchoupitoulas St., (504) 605-3340, luvirestaurant.com