At the Heart of Hospitality 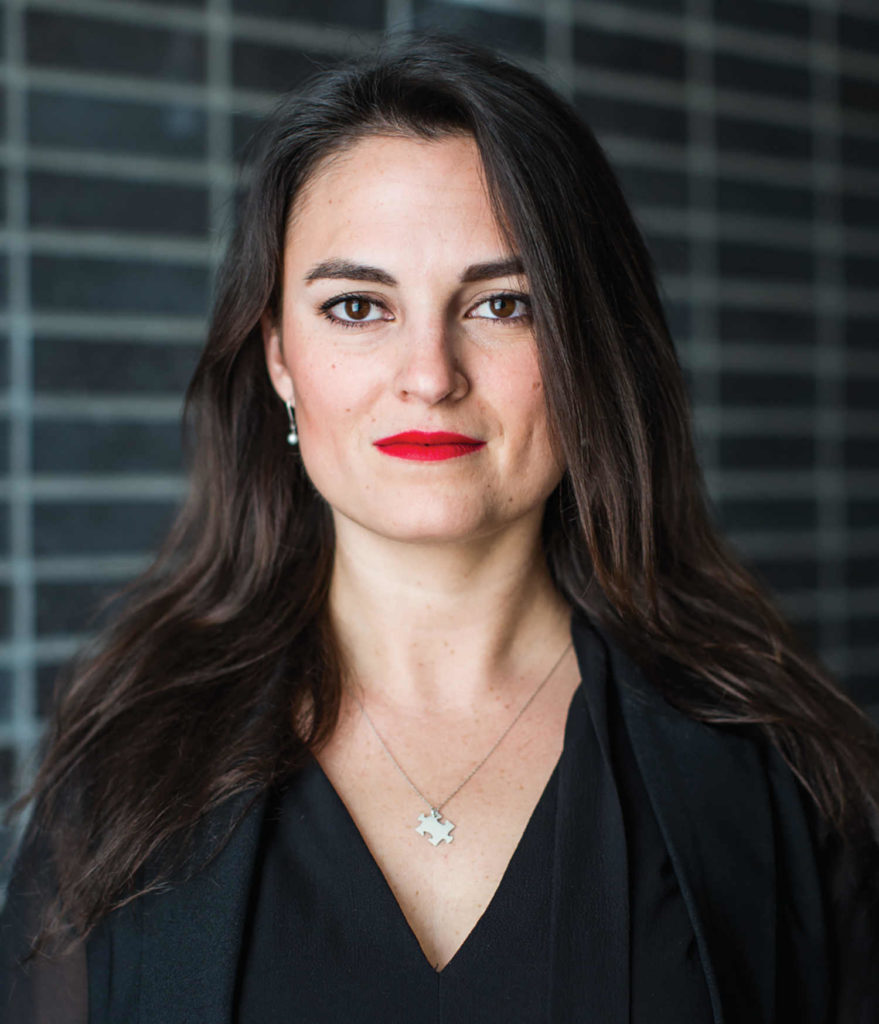 A love of food, culture and education have all led Emery Whalen, a New Orleans native who grew up in the Carrollton neighborhood, into the field of hospitality. As CEO and co-owner of QED Hospitality Group (alongside chef and co-owner Brian Landry), Whalen has her finger on the pulse of the New Orleans food and hospitality scene. In addition to operating Hot Tin, Bayou Bar and Silver Whistle Cafe (all part of the newly revamped Pontchartrain Hotel), the duo recently opened their first restaurant inside the hotel, Jack Rose, in April. They also operate properties in Nashville (Marsh House restaurant, L.A. Jackson rooftop bar and restaurant, and Killebrew at the Thompson Nashville), which Whalen says was a natural fit. “There are so many synchronicities between Nashville and New Orleans,” she says. “It was a privilege to be part of the blossoming of the Nashville food and beverage scene.”

Here in New Orleans, Whalen says that it’s the culture — and the way that we love life — that truly invigorates her. “We fully embrace it, the good and the bad, and we are constantly celebrating being here and being alive,” she says.

Whalen attended college at Princeton — she evacuated just days before Hurricane Katrina hit — where she studied comparative literature. At the time, she would have listed all of the fabulous cities in which she planned to live and work. However, it was extremely difficult for her to leave New Orleans behind those four years. She even considered taking a year off. “I knew I had to get home as soon as I graduated to be a part of the magic that was happening in the city,” she says.

Part of that magic comes from the city’s rich culinary traditions and her grandmother’s cooking, both of which inspired a passion for food and the preservation of the region’s indigenous culture. “Like many New Orleanians, so many of my memories are defined by food,” Whalen says. “So much of what I learned about who I am, and who we are as a city, I absorbed through food. I learned about relatives through recipes and geography through gumbo. Watching my grandmother take the reins of a local spice company taught me that food was a viable career, something that could support a city and a family.”

However, it was her education at Princeton that helped prepare her for starting QED Hospitality Group in late 2017. “I always joke that thanks to Comp Lit, I can pronounce everything on a wine list,” she says. “But in truth, Princeton gave me an education in critical thinking, engaging in challenging dialogue and an endless love of learning. I had one professor, Melissa Harris Perry, who taught me more about the intersection of race, gender and politics than I had learned in a lifetime before meeting her. I find myself drawing on the knowledge and skills my education has afforded me all the time, whether it’s approaching a challenge with intellectual vigor or just practicing listening and curiosity.”

Whalen and Landry had both been wanting to branch off on their own, and they began negotiations in early 2017 to continue to operate at the Pontchartrain and Thompson hotels. “Once those negotiations were concluded, we were able to announce QED,” Whalen says. “As a group that focuses on operations, we bring something unique to the marketplace for property owners who are looking for savvy operators who bring both hospitality skills and business acumen to the table.QED comes from a latin term, Quod Erat Demonstratum, ‘thus it has been shown.’ All of our interactions as a company, as leaders, demonstrate that we are living, breathing proof of our hospitality.”

In addition to New Orleans and Nashville, Whalen and Landry also hope to expand to other cities. “Honestly, I would love to do something on the water,” Whalen says. “I would not mind a beach one bit! We believe in providing opportunities for growth for ourselves and for our teams. I would like to open another property in New Orleans as well.”

Whalen and Landry create unique restaurant and bar concepts for hotels, and they are in a somewhat unique position of being operators of these food and beverage outlets, working with ownership to develop the spaces. As such, the design process winds up being very collaborative. “I am happiest being on the floor,” Whalen says. “It’s there that I get to work alongside our team members and see the joy that we bring to our guests. The moments when a team member has a lightbulb moment or we truly make someone feel special are what I live and work for every day.”

According to Whalen, the recent opening of Jack Rose felt like capturing lightning in a bottle. “I’m so proud of what our team accomplished — taking the previous restaurant space and turning it into something brand new in the span of a month, and immediately creating an atmosphere that is fun and vibrant and full of the joie de vivre that is so authentic to New Orleans,” she says.

In 2016, Whalen was named as a Forbes “30 Under 30.” At the time, she understood it as a tremendous honor, but the community she has found because of it has been unexpected and invaluable. “Sharing best practices, learning and problem-solving with like-minded individuals from every field imaginable (from astrophysics to fashion) has truly been a game-changer in the way that I see myself, our company and its potential,” she says.

While her Princeton education and time spent in the Forbes community have contributed to her success professionally and personally, Whalen says that one of the most impactful times of her life was when she was a teacher at Edna Karr. The lessons she learned as a teacher, especially when it comes to empathy and leadership, still inform so much of what she does now as a leader.

Being a woman in the restaurant industry has presented countless challenges (and opportunities) for Whalen. “The single most important thing that I have learned is that it is not enough to fight for your place at the table — it is imperative to set the table for the women around you,” she says. “I try to do that every day. I believe that empowered women empower women.”

In her free time, Whalen enjoys reading and exploring the city and world with her husband. “I love going on adventures with him and our dog, Sugar,” she says. And when it comes to food, she adores making her grandmother’s recipe for red beans and rice. “Making that dish for friends or family, especially guests from out of town, just makes me so happy,” she says. “There’s nothing that says, ‘I love you, welcome home’ like a pot of red beans.”