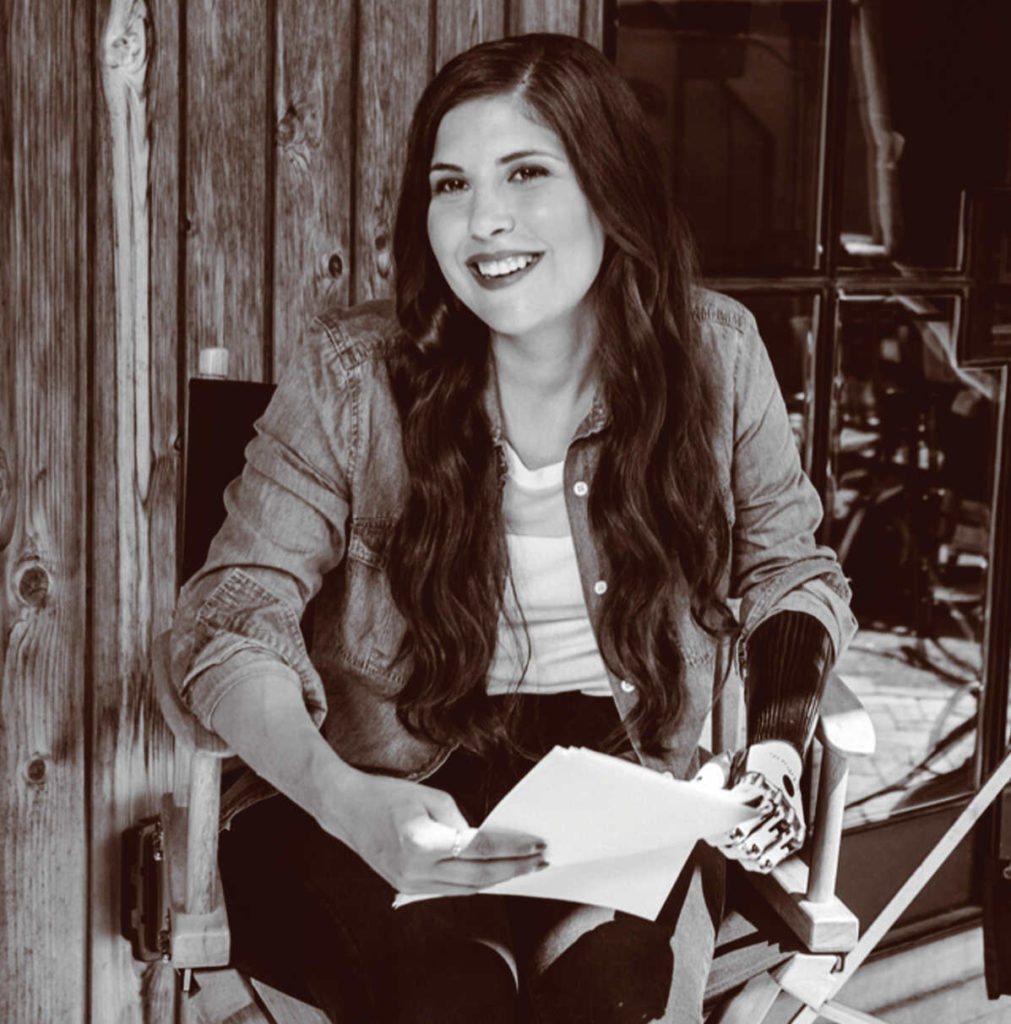 Slidell native Angel Giuffria was born with one arm. But that has only strengthened her resolve to break down barriers for people with physical differences. She has a master’s degree in psychology, and she did her thesis research on stigmas against people with limb differences. She recently won a Smoothie King grant through the Challenged Athlete Foundation that has provided funding for additional prosthetics. These activity-specific prosthetics, such as a hand for archery, allow Giuffria to lead by example by showcasing what is possible for someone with physical differences. She is also an actress and a public speaker.

“Four years ago, I had a friend who received a grant through CAF,” Giuffria says. “I was having a hard time getting funding for an activity-specific prosthesis that would allow me to try new activities. I originally thought CAF was only for professional athletes and Paralympians, but it’s actually for people with physical differences who want to do more.”

Thanks to the Smoothie King grant, Giuffria was able to get an activity-specific device that allows her to do more activities like yoga, kickboxing and cycling. Giuffria now has six different hand attachments that she can switch between with ease. “In Bootcamp classes, I’m constantly switching between two or three,” she says. “I’d still like to get an attachment that will allow me to lift heavier weights.”

She also was able to apply for a bike, which allows her to start training for a CAF triathlon. “Much of cycling is in your head and you have to self-motivate,” she says. “It’s a lot like life — you’re working on yourself.”

Giuffria is working hard to overcome how people look at those with limb differences. “Most people didn’t grow up with a family member, friend or neighbor with a limb difference,” she says. “About one in five people stare, or kids will ask a parent, ‘What’s wrong with her arm?’ Parents often shush their child or tell them not to be rude, but that’s the bad reaction. They’ve made the question a negative thing, and that child may never ask again. Making physical differences a thing we don’t talk about only furthers stigmas. We need to talk about differences. For example, I overheard a mother tell her son with a question about my arm, ‘People are different and that’s okay.’ That’s how we make a difference. It’s easy when it’s normal.”

One of the ways she aims to break down these barriers to communication is through acting. She feels that there needs to be someone like her on TV and in magazines to make people realize that those with physical differences buy groceries and act and play sports just like the rest of us.

“As an actress, I feel like a lot of challenges go back to representation,” she says. “In the past year and a half, I’ve started getting called in for roles that aren’t created for someone with limb differences. Hollywood is making progress in casting more minority roles, but not with people with diversity in terms of disabilities or physical differences. I’m working to change that.”

Giuffria also volunteers at the Amputee Coalition Youth Camp every summer where she works with teenage girls. It’s her favorite part of the year and where she finds her inspiration.

“The camp brings kids and counselors in from all over the country to attend, all for free,” she says. “This camp is designed exactly like a normal summer camp, but the attendees have limb differences. My role is so important because I’m a counselor for 16 and 17-year-old girls. I’m able to serve as a role model for them and I’m someone they can talk to about anything, from how to do a ponytail with one arm, to questions about dating or problems with friends at school. I want them to grow up in a world that is more accepting and provides them with more accessibility to anything they want to do. I love being a part of that.”

She also volunteers with the Lucky Fin Project, which focuses on those with congenital limb differences. “The families involved in Lucky Fin have babies who were born with limb differences,” Giuffria says. “These parents are scared, and I’m there to show them how their babies won’t be limited by limb differences.”

In addition to working as an actress and volunteering, Giuffria is involved with Geek Picnic, an international festival that focuses on research, technology and art design. As part of the organization, she has held talks in Moscow, St. Petersburg and Jerusalem. She also spoke at SXSW in the spring, and she hopes to participate again in 2019.

She credits her success to having a supportive family. “If my mom and my dad didn’t work so hard for me to get a prosthetic device at how young I was, I don’t know that I would have been as successful with prosthesis,” she says. “The way that I am now I owe to them. My brother has always been this amazing positivity in my life. I’m currently doing a partnership with River Island on a Labels are for Clothes campaign. My brother is helping me with the photographs. He’s always so proud. My family has always helped me do what I love.”

Next up for Giuffria is a two-month trip Australia to act in her first feature film, in which she plays the lead in a horror film. “I just finished the Tommy Hilfiger fall adaptive campaign, and I also worked on one with Zappos,” she says. “Hopefully in the spring, it’s SXSW. That’s what’s so exciting about my career — there’s always something, but it’s unexpected. You just have to make it work. That’s how I’ve always lived as a limb different person — you just make it work. I’ve adapted that mantra into my career strategy.”