Home IN THIS ISSUE NOLA has Struck Gold
IN THIS ISSUE
SPORTS
April 2, 2019 Paul Wegmann 0 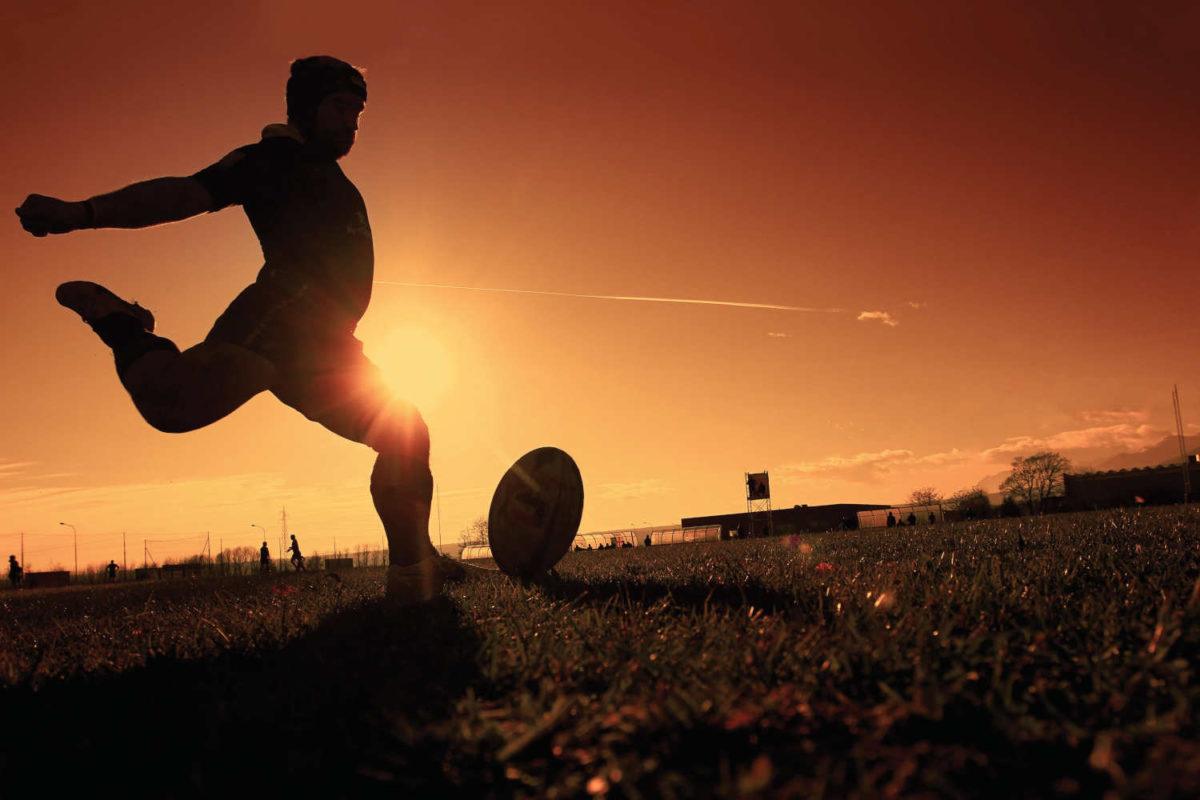 New Orleans has a winner in town. Emerging in their second season within the nascent Major League Rugby, or MLR, the NOLA Gold has built an early tradition, quickly yet well-established on a foundation of team chemistry, a historic game and a passionate fan base. To attend a rugby match is to witness the best parts of sport without many of the modern trappings that so many big league fans have come to feel they must endure. The game itself formed the roots of modern football more than a century and a half ago, and its very terms have the sounds of the sport within them — from the first whistle, when the ball goes up and the first line of players form a stem to grab it from the air, rucking and mauling and pulling and hauling ensues. Two lines of 15 players scrummage, try and tackle, and the ref, of which there is but one on the field, may declare that one side has an advantage, that there has been an obstruction or he may even kill the ball. There are 80 minutes of crushing blows, breakaway runs and some of the best speed and skill athletes any football fan could hope for on any given Sunday, except this breed of player hits the field on Saturday nights — no pads involved. This is rugby, and it has arrived in New Orleans.

The Gold burst into 2019 by seizing first place early into the season. Playing at Gold Stadium, a new stadium built on the grounds of Archbishop Shaw High School on Barataria Boulevard, the team rapidly developed a bond with its home fans. Team owner Tim Falcon was one of the key persons overseeing the stadium’s construction. A board member of Café Reconcile and Café Hope, Falcon also is the chairman of the Greater New Orleans Rugby Foundation, the head coach of Shaw’s own rugby team and a lifelong rugby player. Not surprisingly, the stadium, while dual purpose to accommodate football, is a first-of-its-kind in the region as it is specifically designed as a world-class professional rugby pitch. From try line (similar to the goal line) to other try line, the field measures 100 meters, and the width is 70 meters, which is larger than the standard American football field.

Having that sense of a home pitch as an authentic place from which the team can grow New Orleans as a rugby hotbed has been essential. Indeed, that goal was reflected in the results at Gold Stadium to start the season, as fans were treated to four straight home games, and they witnessed the Gold win the first three — against the Toronto Arrows, Glendale Raptors and Seattle Seawolves — before finally falling in the fourth in a close and controversial fashion to Rugby United New York. In short order, in the first quarter of the season, the Gold had emerged as one of MLR’s highest scoring and most exciting franchises.

Falcon’s twin decisions to bring on general manager Ryan Fitzgerald and head coach Nate Osborne have been essential components to the team’s early rise. As Fitzgerald stated, “Rugby is a game of truth, they will find you, there is no place to hide out there,” and it shows in the way he has built the team. The athleticism required in rugby is arguably well beyond what is required in the highly specialized game of modern NFL football — play is continuous; there is no limit to downs (known as phases); and all players play both offense and defense. Thus, even though they are key game managers and nimble ball handlers on offense, halfback Holden Yungert (No. 9), who passes the ball back, and flyhalf (No. 10) Scott Gale, who essentially is like an NFL quarterback directing the offense, are also both feisty tacklers. As Fitzgerald explained further, “The fitness level is extremely different between NFL versus rugby anywhere in the world … everybody’s got to carry the ball, everybody’s got to make tackles.”

In rugby, the 15 players are numbered just like their positions, Nos. 1-15. The No. 1-3 players, including hooker Eric Howard, are roughly equivalent to guards and the center in NFL football, yet they must also play defense and carry the ball, so, in the midst of untimed phases, these athletes are constantly tackling, getting up, scrummaging and then returning to defense. In the first game versus Toronto, the Arrows held possession on a single try (essentially equivalent to the NFL red zone) for 35 phases, which is three times longer than the typical longest NFL possession.

Rounding out the forwards, who essentially appear as Nos. 1-8, is No. 7 Zack Stryffler, at outside flanker, who was the league’s leading tackler through the first half of the season, and then No. 8, Cam Dolan, who is the starting 8 for the USA national rugby team.

Fitzgerald’s roster building continues with the backs, Nos. 8-15, including Tristan Blewett at wing and J.P. Eloff at fullback. These, as Fitzgerald explains, are the Gold’s home run hitters whose speed and agility can result in breakaway runs at any point in a game. Blewett has been MLR’s leading try (touchdown) scorer in the early half of the season, and, on the road in March against the rival Houston Sabercats, he put on a stunning display, scoring three tries including a leaping interception of a pitchout that he took all the way down the field into the try zone for a pick-5 (in rugby the scores are five points, followed by a two-point conversion kick).

The roster of 34 players has been built internationally, including from rugby first-tier nations such as Australia, New Zealand and South Africa, but also from throughout the United States and Canada, as well as five players from New Orleans itself. Head coach Osborne has been the perfect complement for the mix of size and speed that has been gathered. He is an offensive-minded coach who hails from the Australian rugby system, and who has a 10-year stint with the dominant Minneapolis Rugby Club and the USA World Cup national rugby team (the Eagles), where he was the attacks coach. Osborne prefers to run a 1-3-3-1 or a 2-4-2 attack, and, as he describes, “We use our 1-3-3-1 more efficiently, to create the space, trying to suck defenses in to play wide … we are very much an offense-based team.”

The Gold has been at or near the league lead for tries (scores) and bonus points for much the year, which is important because scoring tries and being competitive in games are rewarded in league standings.

There is a sense of purpose and camaraderie in the Gold locker room that starts with Falcon. “We’re excited to be able to bring this type of professional setup to New Orleans,” he says. “I think New Orleans is ready for another professional major league sport, and, although we come from humble beginnings, everything starts somewhere. The fans who have come who haven’t seen the game before are really enjoying the experience.” With a chance to get a glimpse at the beginning of a new major league, New Orleanians will be hard-pressed to find a better sports outing. Games contine through June, and tickets are $25 per game (VIP tent packages are $80 and offer unlimited premium food and drink).

260
previous Home Away From Home
next Parisian Whimsy