Al Copeland may have passed away, but his foundation and his empire live on 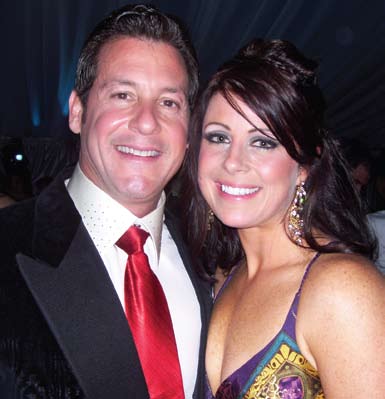 New Orleans lost one of its legends last year when Popeyes founder Al Copeland died from a rare form of cancer called Merkel cell carcinoma. Copeland’s legacy lives on in his restaurant company, Al Copeland Investments Inc., and the Al Copeland Foundation, the nonprofit started by his children to raise money to find a cure for the disease that claimed his life.

We decided to catch up with Al Copeland Jr., CEO of Al Copeland Investments, and his sister Charli Womac, president of the foundation, to find out what lies ahead for the charity and Copeland’s restaurant empire in the new year.

How did the foundation get started?

Charli: When Dad got sick, we started looking into a possible cure for this type of cancer. I had mentioned the possibility of starting a foundation to cure this disease, which is one of the two big wishes that he had for us to fulfill. Right before he passed away, we saw a USA Today article about a man who had auctioned off basically his prized possessions of his life to donate to Merkel cell research. The article mentioned the University of Pittsburgh and their Merkel cell research program. We contacted them immediately. They have some interesting research going on there. They found a virus—it’s basically a Merkel cell polyomavirus—and they feel like within five years, with some money, they will possibly be able to have a vaccine or a blood test for this virus, which seems to be the cause of this type of cancer.

So they think there could be a vaccine similar to Gardasil, which prevents HPV, which causes some types of cervical cancers?

CW: Yes, very similar to that. We decided to start the Al Copeland Foundation, and our mission is to cure this cancer first and foremost as a short-term goal. The more long-term goal is we want to help other cancer patients in the New Orleans area, help other cancer research programs and do good things for other charitable organizations.

So the foundation holds two big events per year—a holiday gala and a spring boat race?

Al Copeland Jr.: That’s correct, and Charli is working on a third event now, just in concept. We’re trying to do events that were based on the type of events my father really loved, so powerboat racing was one of those. He was a six-time national champion and world champion in that sport.

What’s your goal for fund-raising this year?

CW: It’s our first year, so its kind of hard to gauge what results we’ll have from each event. For the boat race we took in $125,000, and the Copeland family matched it with $125,000, so we turned over a check for $250,000 to the doctors at the University of Pittsburgh for their research program. We hope that all of our events can be that successful if not more.

How much money will it take to fund the vaccine research?

AC: They have a plan that calls for $5 million over a five-year period.

CW: They just recently received $2 million in federal funding grants, which is great news, because it kind of just piggy-backs on the fact that this is going to be a very successful research project.

It sounds like important research. Switching gears to the restaurant business: You’ve got some big changes this year. Copeland’s Fire and Ice has been relaunched as a new concept—Copeland’s Social City.

AC: I’m very excited about this because it’s kind of the first new thing that we have done since my father passed away. I was inspired to design and develop this concept based on, number one, the type of person my father was and, number two, really looking at the restaurant industry as a whole and feeling that the restaurants were moving towards an experience rather than just quality food.

Social City is a new concept that offers small tasting plates and large appetizers for people to share. It also offers live music in the evenings. So the idea is that it’s about all the social aspects of dining out?

AC: This is first off a restaurant and then it is a lounge.… It’s a social gathering place for any social event. I’d like to think that this concept is the creation of all of my lessons that I have learned in the 16 years I’ve had the chance to work side by side with my father.

You have a dish called CP3 named after the Hornet’s Chris Paul.

I read somewhere that you set a personal goal to break the world’s speed record for powerboats in honor of your dad. Is that still in the works?

AC: That’s true. That is going to happen this year. The boat will be in its testing stage by the end of April. Sometime this year we will break that record. The record is 227 miles an hour.

943
previous Yats Got His Tongue
next Brewing Up Success