After Hurricanes Katrina and Rita, the group’s subsidiary Seedco Financial Services decided to open an office in New Orleans to assist small businesses. Between its low-interest loans and the grants it administers, Seedco Financial has invested nearly $25 million in Southeast Louisiana. Robin Barnes, Seedco Financial’s senior vice president, came to New Orleans in April 2006 to open the office. She agreed to stay for six months. “After about three months,” she says, “I started thinking that it would be really hard to leave. Now I’ve made New Orleans my home. I’m a convert.”

Why did Seedco Financial open an office here after Katrina? 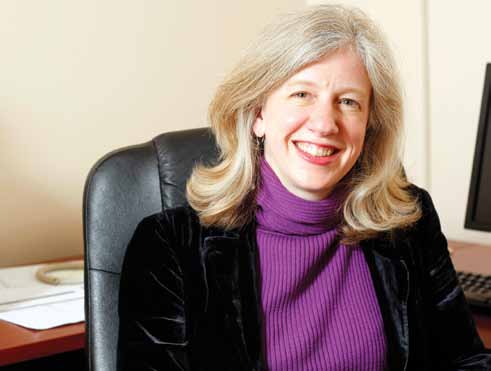 We had run a disaster-recovery program in New York after 9/11, which helped 1,400 businesses there with loans, grants and technical assistance. We came down to see if that experience would be useful.

How were the disasters different?

Scale and scope. At the end of the day, a limited number of businesses were impacted by 9/11. But we learned in New York that there isn’t a one-size-fits-all solution, because every business is different. The other big lesson from 9/11 was that an event like that changes the world, and the way you do business has to change as well.

Seedco Financial focuses on small businesses. Why are they so critical?

How did you come to focus your efforts here on restaurants and fisheries?

Restaurants generate revenues. Restaurants also employ people. When we came down in April 2006, businesses were fearful of reopening before neighborhoods came back. But if you opened a restaurant, you did well. We said, okay, this is both an important economic engine and important to the culture. We were also introduced to the Vietnamese community in New Orleans East. The businesses there were all in various stages of reopening and anxious for capital. And through the Vietnamese community we were introduced to the fisheries. We started looking at the fishing industry and realized how important it is to Louisiana both economically and culturally and how important it is to the nation.

What were you able to do for the fishing industry?

After Katrina and Rita it was completely decimated. We came at the start of the first shrimp season after the storms. We realized that if we could get financing to some boats, then they could reap the benefits. That season was extraordinary, because no one had been shrimping for months. Shortly after that, the first business recovery loan program started from the state, and that allowed us in the course of a year to provide grants and loans to about 500 fishermen.

How does a business qualify for a Seedco Financial loan?

They can’t be bankable. For our funds [as opposed to government grants that Seedco Financial administers], we do not compete with banks.

What makes them not bankable?

They don’t meet minimum credit score requirements, they don’t have collateral or they don’t have a history of profitability. There are a lot of reasons why people have poor credit that don’t have any impact on their ability to run the business. It could be a recent divorce or personal bankruptcy.

How do you decide which businesses deserve help?

We look at the viability of the business and its willingness to be forward thinking. An example would be fisheries that are looking to upgrade technology on their boats to increase fuel efficiency, improve their product and increase their marketability.

How has the financial crisis affected your work?

We’re trying to be proactive. We’re putting together some technical assistance on weathering the recession, looking at cost cutting and possibly changing your business model.

Does the future look good for small businesses in New Orleans?

There are tremendous opportunities for businesses if they follow the trends of tourism, follow the neighborhoods that are coming back and anticipate what is needed. I believe in this city. And I believe in supporting its small businesses, but I believe they have to be smart about how they do business.

139
previous That’ll Teach ’Em!
next A Year to Remember