May 2006. In the wake of Hurricane Katrina’s devastation to homes, lives and schools in the New Orleans area, John Ehret High School’s basketball team, the Patriots, do the unthinkable: They defy the odds and win the Louisiana State Basketball Championship.

The Patriot’s 10 young athletes, who were pieced together from five different schools by Coach Al Collins, gained national attention, and in July 2006 they were honored with a special ESPY Award for “overcoming great obstacles to achieve sports excellence.”

Hurricane Season is the true story of the Patriots, their struggle, resilience and ultimate triumph. Directed by Tim Story (Fantastic Four, Barbershop), the film stars award-winning actor Forest Whitaker (The Last King of Scotland) as Coach Al Collins, Isaiah Washington (Grey’s Anatomy) as Coach Brian Simmons and newcomer Jarod Einsohn as one of the teams most valued players. New Orleans Living had an opportunity to chat with Jarod about his experiences working on the locally shot movie. 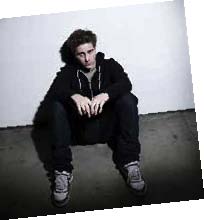 What drew you to the script for Hurricane Season?
I was filming the movie Eagle Eye and got the script while I was on set. I read it and absolutely loved it, because when I was moving out to Los Angeles [from hometown Plano, Texas] I was hearing about this whole story. [The Patriots] were in People magazine, Sports Illustrated, on ESPN, and they won an ESPY Award. I’m a huge basketball fanatic. So I was like, wow, this is an amazing story.

How would you describe your character?
My character is not that into basketball … he’s playing because the only thing that keeps his mind off the hurricane is to play sports with his buddies. He gets good enough to make a three-point shot and finally in the playoffs he’s one of the prime players hitting threes to bring the team back into the game.

Did you spend much time with the other real-life team members?
Christian Wall and Brian Randolph were there all the time. In between shooting scenes we’d all goof off and play basketball against each other.

I met Coach Collins the first day we got down there. I got to sit down and talk to him. Usually when he was on set, he and Forest Whitaker were [together]. Forest was trying to learn his methods and his way of doing things. I also got to meet Coach Simmons.

What was most rewarding about being part of this film?
I never imagined that my first supporting lead in a movie would be something the rest of the world would see and it would be a true story. Everybody’s going to see the whole experience of what these kids went through: the hurricane, overcoming losing families, playing basketball, winning a state championship.

What’s on the horizon for you?
Eagle Eye [with New Orleans’ own NOCCA graduate Anthony Mackie] just came out on DVD. I [finished work] on a movie with Ray Liotta, Joel David Moore from Dodgeball, and Billy Burke from Twilight. I play a young rookie cop who gets shot and killed.

Hurricane Season will be released in theatres nationwide in March 2009.

10.52K
previous The Artful Krewe
next The Art of Moviemaking