Cindy’s in the House 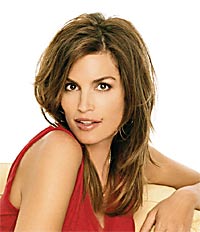 Cindy Crawford is one of the world’s most famous and beloved supermodels. She has graced hundreds of magazine covers, appeared on runways across the globe and performed in movies and television commercials. Today, after seeing Cindy model for more than two decades, it’s still hard to get past her radiant, glorious-from-head-to-toe looks. She remains an absolute knockout.

After sitting down with Cindy for an exclusive chat during her recent visit to the Rooms to Go store in Metairie, where her widely popular Cindy Crawford Home and Cindy Crawford Kids Furniture Collections can be found, New Orleans Living learned why the iconic beauty with the girl-next-door personality is also known as a smart, successful entrepreneur with a savvy business acumen. The high school valedictorian (and winner of an engineering scholarship to Northwestern University, which she gave up to pursue modeling) only involves herself with high-quality, practical products that she firmly believes in. With her current hands-on partnership with Rooms to Go, she has lent her name to a stylish, functional and reasonably priced furniture collection available in eclectic shapes and durable fabrics. And customers in the New Orleans area are reaping the benefits, as we continue to make our houses our homes post-Katrina.

Hi Cindy! What kind of feedback did you get at your in-store appearance at Rooms to Go?

Many thanked me for coming. They feel like people aren’t coming to New Orleans as much since the storm. There still needs to be much attention on New Orleans, so I think they were just appreciative that I would visit. Some of them were fans that brought magazines with them and wanted to meet me. A few people said, “We didn’t know you were here; we were just shopping and we love your furniture,” and some were buying pieces, so it was great.

One of the nice things about your in-store appearance is that some of the proceeds from furniture sales that day were donated to the New Orleans Furniture Bank, an organization established to help families rebuild their lives after the devastating storms of 2005.

I was so moved. A single mother of four in New Orleans who lost everything in the hurricane finally got a job as a school bus driver and was able to buy a house, but every penny was spent on that house. I mean, her twins were sleeping on the floor. So Rooms to Go delivered a whole houseful of furniture to her. It’s the right type of charity for Rooms to Go to be involved with: We can donate furniture and money and we can raise awareness. It’s great because it’s win-win for everybody.

Why do you feel your line of furniture has been so successful for Rooms to Go?

I think Rooms to Go does incredibly well with delivering value. When they approached me about doing a furniture line, I visited their Dallas store, and I was blown away with the quality, options and prices. I thought, “I have been paying way too much for what I’m getting!” I’m from the Midwest; I didn’t grow up with lots of money, and I kept thinking my mom and my sisters would go crazy at Rooms to Go! You’re an interactive business partner, always contributing ideas, always a phone call or e-mail away. In other words, you’re not just stamping your name on this furniture.

Exactly! I told them I wanted to be involved with everything; you can’t just buy my name. They heard me, but I don’t think they realized that I really meant everything Every label … everything!

And some furniture from your line was actually inspired by pieces you already xhad in your home.

Yes. I wanted the designers working on my line for Rooms to Go to come to my house and see how I live. There are things in my line that may be a little more modern than the things I have in my current home, which is on the beach and more Indonesian in style, but I’ve also lived in modern homes. The Malibu design was inspired by furniture from my home. We had my sons’ beds custom made. And actually, we replicated them for Rooms to Go, and we got to make improvements, like there’s storage underneath and all this stuff that I hadn’t thought about. I like the one at Rooms to Go even better than the one I have at my house!
Is furniture design something you’ve always been interested in?

Yes, I think because I’ve traveled so much, my home was always my sanctuary, and I always wanted to create a nice space. And since I got married and had kids, we spend even more time entertaining at home in Malibu. I’ve enjoyed the evolution of my own style all along, as a single and a married person. Also, traveling exposes you to different styles, and I’ve been fortunate to be in some really incredible houses—you get inspired by ideas, and I’ve always liked applying those to my own home. When Rooms to Go approached me, it sounded fun and also it felt truthful, because that’s the point I’m at in my life right now. I mean, I love fashion but let’s face it, I’m not a 22-year-old girl— I’m a mom now, so I love this business for me, because it reflects more of the person I am today. I don’t have to walk down a runway in a bikini to help promote my furniture line. Plus, I get an education—it’s like I got to go to furniture business school!

You are very practical, and you apply that practicality when it comes to selecting furniture for your home. We all love design, but in reality we live with major stain creators like children, dogs, the treacherous glass of red wine, so furniture really has to be about functionality.

Absolutely. I never want to say to my kids, “Don’t go in that room,” or “Don’t sit on that.” I want them to feel as comfortable at home as I do. It doesn’t mean I don’t want it to be nice. I want my children to respect things; they certainly aren’t allowed to treat the couch like a trampoline. Even today, we were looking at a new cream-colored sofa we’re developing and they have the ottoman in a leopard fabric. Someone said, “Maybe that’s too much,” and I said, “Yeah, but people will be putting their feet on it or maybe resting their drink on it, so it’s better that it isn’t cream,” because if you have an ottoman that no one wants to put their feet on because it’s cream, what’s the point? You want to be able not to worry about it, so I definitely think like a practical mom in that way.

The concept of Rooms to Go is a convenient one: You walk into the store and each entirely decorated room is available for purchase.

Not everyone can afford to have a decorator, and the great thing is that Rooms to Go does the decorating for you if you want. They have decorators in-house that put together the rooms, so when you walk in, you can purchase that exact room. A lot of people actually do that because they either don’t have the time or feel they don’t have the eye for decorating. Or you can mix things up and buy pieces separately, and that’s a great option.

Most people recognize you from your lucrative career as a model. You’ve been on over, what, 600 covers?

And by the way, you are an extremely beautiful woman! Besides the time I covered a Paul McCartney concert, this is the only time my husband has wanted to accompany me to a celebrity interview.

And you’ve got amazing brains behind that beauty. Your name is powerful, and the Cindy Crawford brand has been huge for you, from fitness tapes to skincare. To the consumer, you have always come across as someone people trust.

Well, thank you, and once you have that, it’s a very valuable asset worth protecting. I certainly didn’t have a master plan, but I think my approach was always “Why not?” When MTV approached me about hosting House of Style, it certainly wasn’t in my plan. But it gave me a chance to talk, and it was fun to do something different, even though I didn’t make any money at it. And it turned out to be great because it opened up my audience to men, because fashion magazines are read primarily by women. Then I got the Pepsi commercial and things took off from there. I found that as long as I stayed true to my core values, chances were okay to take. And I think people have always recognized there’s truth behind the products; I’m not advertising for cigarettes. They believe me and it’s because I actually do believe in my messages.

Your husband, Rande Gerber, is the creator of the Whiskey Blue Bar at the W New Orleans Hotel. Do you and he visit there often?

The crazy thing is this is the first time I’ve been to New Orleans in about 10 years. My first memory of New Orleans was doing a shoot for Bloomingdale’s—we shot in the Garden District, we went to the French Quarter; we were like tourists! And it was great. Even arriving this time, it just didn’t feel like an American city, it felt European. It reminded me of Madrid or Barcelona or something. And like the Europeans, New Orleanians have that joie de vive, that love of life, and family is so important and roots are deep.

Oh, the roots! New Orleanians try to move to other places, but we all eventually come back here to be with our mamas and family. Those roots are like a spell or a curse or something!

Yeah! And our friends from New Orleans, they’re family to us. It’s insane, it really is, and I really love that because my family is important to me. I’ve noticed the pride here, too. People have a lot of pride in this city.

So what did you wind up doing on your one night here in New Orleans?

I went with my husband and some friends to NOLA. The food was incredible! I had barbecued shrimp and fried chicken that was unbelievable. I don’t think I could eat like that every day! The streets were crazy, too, filled with people really enjoying themselves. Then we went to Whisky Blue, and there I was in the crowd, and people just let me do my thing. The people of New Orleans are just incredible.