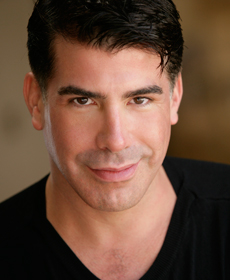 Oh! I love Hazelnut! It’s always been a little dream of mine. There was a little dip in the career at that moment, [laughs] a show I was supposed to do on Broadway got canceled, and Tom, my partner, was like, “Let’s do that store now!” And the minute we committed to doing it, everything just fell into place, except I would wake up in cold sweats going “What am  I doing?” It wasn’t my expertise; I knew what I liked, but thank God Tom knew the business; he did it on Madison Avenue for years, and it’s great! And I love being in a place where everybody knows one another, like the theme song from Cheers–I wanna be where everybody knows my name! [Laughs]
And they do know your name for sure! And the stuff at Hazelnut is really unique.
We’re continually searching and buying, and when I go shopping, I take notes on what people have to make sure that I don’t order it. And that’s what’s great about Magazine Street; it’s unique from other places in this country, where you have such a long stretch of individually owned businesses. And it’s diverse: You’ve got restaurants, great clothing stores, shoe stores, galleries, antique shops, gift shops, you name it. And each little enclave is so special and reflects the taste of the owner, not a homogenized board of directors that you’re going to find in some mall where everything’s going to be the same.
There are some beautiful items at Hazelnut made from the two fabrics you designed yourself, the New Orleans Toile and the Pontchartrain Beach fabrics, and you can cover your home in these wonderful fabrics!

And a lot of people have! I designed the New Orleans Toile because I wanted something unique for the store that no one else had. I had a pretty shower curtain that was an Asian toile; it had pagodas and Asian women walking, and I was looking at it and I was like, “Wait! Why isn’t there a New Orleans toile?” We have the most beautiful architecture and some of the most iconic images, like the Cathedral and the streetcar going down St. Charles and the Natchez and the French Quarter, so that’s what’s drawn on the fabric. One of my favorites is when people go, “Oh what a beautiful toile … Oh! It’s New Orleans!” It really strikes you. We  sell all different price points. It’s sold by the yard, but there are different products in the toile and the Pontchartrain Beach pattern, which is fun! There are all kinds of neat New Orleans icons on it as well. And it doesn’t look like the Zephyr! [Laughs] It’s like a vibrant patchwork with crowns, beads, palm fronds, cornstalk fences and crawfish in very poppy, spring colors–more like Palm Beach meets New Orleans. I love it!
And Hazelnut is named for your grandmother?

It is. Her name was Hazel and she was a nut! [Laughs] No, her name was Hazel Nuss and she was a preeminent dance teacher in New Orleans for generations. When I was a kid, little old ladies would tell me, “Your grandmother taught me how to dance and to be a lady!” [Laughs] My grandmother is featured in the book as well; she’s an interesting, wonderful character.
So what’s going on in TV land with you?

Well, we’re about start the fourth season of Mad Men, and I don’t know anything yet, except I’ve been told that I’m not dead! That’s a good thing! Good ol’ Sal!
That’s a wonderful thing! A lot of people are going to be happy to hear that! We’re moving in the right direction! You’re not a writer for your character, but what would you like to see happen with Sal?

Whatever I can imagine isn’t one tenth as brilliant as what they’ll come up with, but I just want more of the same for Sal. I think his path in life was chosen for him, because there were no options at the time, and it reflects very much what still goes on today–a lot of people marry people they’re not really attracted to; they’re just putting up a pretty picture and that never works. A lot of people did it just to conform; they thought it was their only option, and they stuck it out, had children and stayed married, then later realized, Wait a minute! I’ve got one life, and there’s the heartache and heartbreak and relationships with friends and families are completely destroyed. I would love to show that journey, children and the realization–and then at the end, let him be happy in a caftan on Fire Island, you know! [Laughs]
Bryan, you are such a great ambassador for New Orleans! Thanks for keeping it tri-coastal with us and keeping us in the mix.

Oh, please, I’m happy to do it! This is home, there’s nothing like it. I just want to encourage everyone to get out and discover their city and rediscover the city. There are things going on at Le Petit and in the art, music and culinary communities–all these different communities mesh together, and we have to support everybody.
We do! And GO SAINTS! I think you need a Saints jersey …

GO SAINTS! I think I do need a jersey–I’m calling Drew! I must admit, I’m a crazy Saints fanatic! This year I got to sing the National Anthem at the kickoff game! And from then on I’ve been following every game. If anyone ever told me, “Bryan, in 2009 you will actually be turning on your car radio and listening to a Saints game,” I would have said, “You’re crazy,” but I do that when I’m away from a game! When anything succeeds in New Orleans, it’s like a trickle-down effect. It’s infectious and it helps everybody.
-CHRISTINE FONTANA
204
previous GNO, Inc.
next Ride With a Purpose