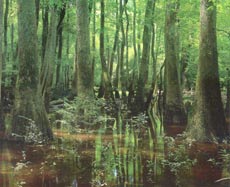 For the past 15 years, the Gulf Restoration Network has worked to preserve the Gulf of Mexico as an economic, natural and recreational resource. In 2008 alone, the GRN persuaded Walmart to stop selling cypress mulch harvested in Louisiana, convinced Florida to protect seagrass beds vital to many Gulf fish and successfully petitioned the Environmental Protection Agency to halt a Corps of Engineers pumping project that would have destroyed 200,000 acres of Mississippi wetlands. Cynthia Sarthou, executive director of the GRN, spoke to New Orleans Living about the threats facing the Gulf and what must be done to make it healthy again.

What is the greatest threat facing the Gulf today?

We call it death by a thousand cuts. Nobody is looking holistically at what it will take to return the Gulf to its former health. Right now each federal agency has its own and often conflicting mission. We see real hope, however, in the new ocean policy proposed by the Obama administration.

The ocean policy is a larger picture view. Some of it is going to be “ocean spatial planning,” which is looking at all the users and trying both geographically and within regulations to find a place for each one of them.

Is this new, coordinated approach a result of the change in administrations?

No. This has been a process. There were two commissions under the last president that started talking about the need for this.

After Katrina, was there a greater consciousness about the importance of the Gulf and how fragile it is?

There is an understanding in New Orleans about the need for wetlands restoration and coastal restoration. I don’t think that, sadly, even in Louisiana that translates to ocean health.

How are the two connected?

Louisiana coastal wetlands are the largest and most productive estuary in the Gulf of Mexico. What most people don’t understand in the Gulf, which I find very sad, is that 85 percent to 90 percent of the species from the Gulf that people fish or eat, like red snapper, red drum and shrimp, depend on estuaries for their very life. If we lose our estuaries, we’re going to lose those species.

Is overfishing also a concern in the Gulf?

It’s the same thing you see throughout the United States and the world. There is a drive to use fish as an economic resource. The problem is that often that drive to thrive economically means that you ignore the basic needs of the species to remain sustainable. It’s called the tragedy of the commons. If there is no cap, if it’s not regulated, what they’ve found universally is that people will take until it is there no longer.

Is there a movement for putting more limits on fishing?

There is momentum in the conservation community and among numerous fishers. There are commercial fishermen that we work with who are very clear that they want to make a living, but they understand if they overfish today there will not be a living for them tomorrow.

How will global warming affect the Gulf?

There is a real concern about a phenomenon called ocean acidification, which is a result of the warming. It can destroy corals and make areas inhospitable for certain species. The other issue is dead zones. With both the warming of the offshore waters and the changes in precipitation, the question is what’s going to happen with the dead zones around the Gulf and other areas.

What do you say to people who question global warming?

In some ways, for us in the Gulf, it’s really irrelevant. The fact is that the sea level is rising, whether it’s from global warming or whatever anyone wants to talk about. Precipitation is changing. We’re going to get more water than we have in a long time. A lot of it, I’m afraid, is going to come from the Midwest during the major times of applications of pesticides and fertilizers. But if you don’t think it’s global warming, that’s fine. We just need to look at what’s going to happen and really try to plan for it.

Can we reverse these changes?

I think we’re going to have to adapt to them. At this point, we may be able to change the level of impacts, but the existence of some impact is inevitable. Part of that is going back to the history of the Gulf and the way people used to live, which is that they used to live with the water.

What’s one thing you wish more Louisianans knew about the Gulf?

How unique the Gulf is and how important its resources are to our very culture and way of life. It is a rich and unique treasure that we really need to work to protect and restore.

For more information about the Gulf Restoration Network, visit www.healthygulf.org.

92
previous The Fertile Crescent City
next Shelter After the Storm