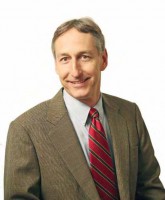 A number of business publications, both local and national, create annual “best places to work” rankings, and the insurance services company Gilsbar frequently appears on those lists. Hank Miltenberger, the CEO of the Covington-based organization, accepts the recognition with a smile and a shrug.

“I think we’ve received three or four mentions so far this year,” he says. “It makes good people want to come work here, but fundamentally, a while ago we decided for ourselves to make Gilsbar a great place to work. That’s what matters. We’re a busy place, so people have to work hard, but that doesn’t mean it has to be unpleasant.”
In addition to flexible schedules and technology investments that allow about a third of its workforce to work from home when they wish to, Gilsbar offers many programs, tools and resources to encourage employees to lead healthy lifestyles. The company brings in nurses to give blood screenings, nutritionists to talk about healthy diets and exercise, and medical professionals to discuss the management of chronic conditions.
“If people want to smoke cigarettes or not exercise, that’s fine. The programs are all voluntary,” Miltenberger says. “But many of our employees have lost weight or stopped smoking. We like to create an atmosphere where people are healthier.” As a recent example, 46 people from the office just participated in a half-marathon on the Northshore, with Gilsbar donating money to charity in the runners’ names.
“I myself participate in all of our programs. I get blood tests I otherwise wouldn’t have had gotten. I do it because they’re here,” he says.
Miltenberger takes part in half-marathons—and full marathons, too. He’s been a long-distance runner ever since he attended St. Paul’s School in Covington, and in recent years he’s moved up to Iron Man races and other triathlons. Every morning, he gets up before 5 a.m. to run or train at a health club. In January 2009, a serious accident, in which a car hit him on his bike, broke many bones and caused his lungs to collapse. He was in the hospital for a while, but it didn’t really break his stride. That April, Miltenberger participated in the Crescent City Classic, walking instead of running. Now he’s back to running.
The things Gilsbar does to make the company a good place to work dovetails with what it does for its clients. In industry terms, it’s called “human capital management.”
“If we can help an employer create an atmosphere that encourages healthy lifestyles, employees will be sick less often and come to work with more energy,” he says. “We say if you care for your people, and not just say it, but show them that you care, your absentee rate will go down, medical claims will go down and productivity will go up.”
The biggest part of Gilsbar’s business is the administration of health plans for large employers. Gilsbar also works with insurance companies, both small ones as well as big names like Aetna, Prudential and Humana, who may underwrite certain policies but don’t care to invest in platforms to administer everything in-house.
“Health care is a problematic area, and it only gets more complicated,” Miltenberger says. “The new health care bill is 2,000 pages long. I’m not being political here. I’m just pointing out that it’s complex. Our job is to implement the law and make sure everyone is in compliance, and there’s a lot to do.”
Miltenberger’s father started Gilsbar in 1959 to service the members of associations. The company name comes from “Group Insurance Louisiana State Bar” from Gilsbar’s first (and still existing) client, the Louisiana State Bar Association. Other associations were added, and over the years, the company evolved with the changing health-care marketplace.
As a young man, Miltenberger had no intention of following in his father’s footsteps. He chose law as his profession, and after getting his law degree he practiced in northern Louisiana for several years. In 1980, his father asked him to return to Covington to help him manage the business and negotiate with clients. All this was done on the side, as Miltenberger’s focus remained on running his own small law firm with a partner. But in 1984, his father came down with cancer and asked him to take over the company.
“It was a difficult decision. My wife and I discussed it for a long time,” he recalls. “I didn’t mind helping my father, but I wasn’t sure I wanted to make that commitment. I knew that once I gave up my clients and law practice, I wouldn’t get it back.”
He made the leap and, indeed, Miltenberger never returned to practice law, but that isn’t to say he regrets his decision. After his father died in 1988, Miltenberger bought the firm from family members. Since then, the number of employees has grown from 26 to more than 300. On yet another list, Gilsbar was included in Inc. magazine’s 2010 rankings of the fastest-growing private companies in the country.
“When you go public, it changes the culture. That can be good for some companies, but we’re glad we don’t have to worry about quarterly earnings reports,” he says. “I’ve never considered selling Gilsbar. I don’t view the business as a investment. It’s a stewardship. I hope to hand it off to someone with the same values—values where people are a priority over dollars.”

648
previous Search for Tomorrow
next Time for a Tune-Up