Advances in treatment have doubled the chances for a successful pregnancy 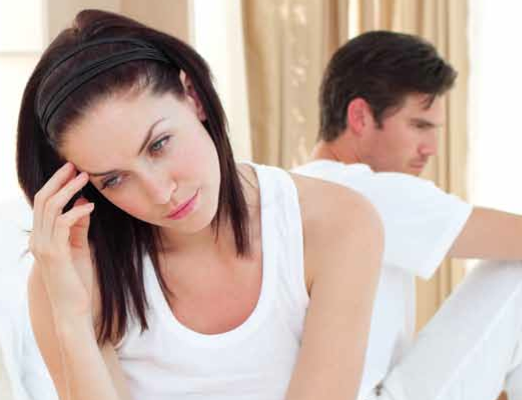 Though it is not often spoken of, infertility is a true reproductive health issue. “Infertility is a disease that results in the abnormal functioning of the male or female reproductive system,” says Andy Schwarz, director of public relations at RESOLVE: The National Infertility Association. The American Society of Reproductive Medicine, World Health Organization and American Congress of Obstetricians and Gynecologists recognize infertility as a disease that affects 7.3 million people in the United States.

It is more common than people may think. “One out of seven couples is infertile, so roughly 14 percent of people who get married are infertile,” says Dr. Joseph La Nasa, andrologist at Tulane Medical Center in New Orleans. The definition for infertility is fairly straightforward: unable to conceive after 12 months without any kind of contraception. “If you are above 30 years of age we may only wait six months,” says La Nasa. This is because infertility is an age-related phenomenon. “Couples have peak fertility between 25 to 27 years of age and as a (woman) ages, quantity and quality of eggs decrease and birth defects in offspring increase.”

It is also important for women to understand their bodies. Because sperm can survive for 36 hours and an egg survives 12 hours once released from the ovary, there is a 48-hour window in each cycle in which women should be able to get pregnant, says La Nasa. Women should know when they are ovulating. “There are kits available in the drugstore without a prescription to monitor when ovulation is taking place,” says La Nasa. If a woman has a 28-day cycle, La Nasa says, she can try to conceive every other night starting about day 10 through day 16 for the best chance of becoming pregnant. Women can also determine when they ovulate by taking and recording their basal body temperature every morning.

The most common problem for women is ovarian malfunction, where a woman does not ovulate regularly. “It could be due to a hormonal problem or because they have polycystic ovary disease or endometriosis, which is where the lining of the uterus grows outside the uterus and can affect the passage of eggs through the fallopian tubes, where fertilization occurs,” says La Nasa. Women who have recurrent sexually transmitted diseases, especially chlamydia, which can lead to blockage of the fallopian tubes, may also have difficulty conceiving. In that case, women cannot conceive naturally and have to undergo in vitro fertilization.

About 4 percent of men have azoospermia, or no sperm in their semen. There are two types, obstructive and non-obstructive, La Nasa says. “Obstructive means something is blocking the passage of sperm most commonly due to a vasectomy but can also be due to previous trauma.” Non-obstructive azoospermia is “when something has gone wrong genetically with the testicles and men probably have a maturation defect,” says La Nasa. Men may also have prostate infections, which can be treated with antibiotics.

Another cause for male infertility is low semen volume, which may require intrauterine insemination, says La Nasa, which means sperm is injected directly into the uterus. “If you use that with timed cycles, preferably with the use of Clomid, you can get a 40 percent pregnancy rate,” says La Nasa. If couples undergo three cycles of intrauterine insemination, 75 percent are capable of getting pregnant and within five cycles, 95 percent are able to get pregnant. Otherwise, women have to resort to in vitro fertilization.

Some doctors believe in supplemental treatments for men. La Nasa says he recommends antioxidants and uses vitamins C and E and coenzyme Q12 to help improve fertility potential. “I put them on antioxidants because when sperm die off they release ROS (molecules that can be disruptive to cell function), which kill off other sperm, and antioxidants prevent those reactions,” he says. Men can also take precautions. “They want to avoid heat as much as possible, … avoid steam room showers, hot tubs and saunas.” La Nasa also advises men to maintain a well-balanced diet with enough protein and fluids.

For both women and men, age is a factor along with obesity, La Nasa says, and because the issue involves two people, the couple should be evaluated at the same time. “I spend about an hour and a half going through history on both,” he says.

The workup for women includes menstrual, pregnancy, birth control and sexually transmitted disease history, as well as current sexual patterns, medications, surgical history and other significant health problems plus lifestyle and work environment. The physical exam includes a thyroid exam for abnormalities and an exam for hair distribution or unusual or excessive hair patterns on the face or body that may indicate a possible increase in male hormones that could affect fertility. The doctor also looks for signs increased prolactin, a hormone that prevents ovulation.

The workup for men includes a discussion of medical history and current status. Says Schwarz of the National Infertility Association, “Past medical problems may affect infertility, like mumps after puberty, hernia repairs, athletic injuries to the groin, history of undescended testicles.” Sexual history could also have an impact. “We look at possible sexually transmitted diseases, urinary tract infections, prostatitis, impotence or ejaculatory problems, prescription medications, excessive drinking, smoking or drug use,” says Schwarz. These could affect sperm quality. A general exam, measuring hormone levels and a semen analysis are also part of the workup.

There are numerous treatment options for infertility. “There are fertility medicines, intrauterine insemination, in vitro fertilization, adoption, donor options like egg, sperm and embryo, living child-free or surrogacy/gestational carriers,” says Schwarz. Acupuncture and Chinese herbal medicine may also be effective tools for couples who are looking to enhance male fertility. “Sperm production and quality can be increased, mechanical blockages can be dissolved or reduced and hormonal factors can be corrected by restoring balance to the entire body with acupuncture,” says Schwarz. The thought is that by increasing a man’s whole body health, the sperm will be better quality.

“Ultimately, 85 percent of couples should be able to achieve a pregnancy with all the techniques that are available if they wanted to do it all,” says La Nasa. This is a dramatic improvement compared to the past. “In 1975, at best, we could help 35 to 40 percent of couples and it is more than double since then.”