Carving Out a Legacy

Wood carvers’ art stands at the forefront of artistry and conservation 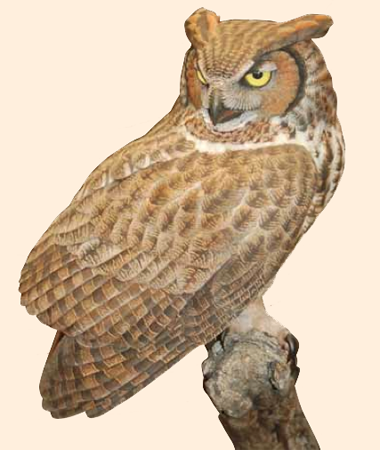 Louisiana once billed itself as the Sportsman’s Paradise on every license plate, billboard and sign that it issued. And truly it was, and is. It teems with aviary, faunal and floral wonders, everywhere in abundance. Bayous, forests, streams, marshes, swamps and sunsets strike an inner chord and sounds of echoing life resonate through the senses and memory. The concrete urbanism of greater New Orleans seems apart from this fruitful bounty, but in truth it all lies just a half hour away in any direction – Bayou Bienvenue and Chef Menteur to the east, Maurepas Swamp and Pass Manchac to the west and north, Jean Lafitte preserve to the south, all leading further into the beautiful terrestrial gifts that form our state.

But those gifts seemingly are withdrawing, both literally in size and in our consciousness. Pounded by hurricanes and the neglect of a century in which wounds have been cut through the veins of the very delta itself – the bayous, swamps and marshes – by those paving the road to devastation in the name of good intentions, our beloved paradise is withering and the numbers who appreciate it are as well. It is a contradiction, since this beautiful paradise is the reason not only for our state’s very existence but also is the source for its future, as it serves to protect, employ and feed the people who live in it.

Out of this quandary emerges a band of men who see the beauty of this paradise with their mind’s eye. Through sheer art and craft, they bring it to life right before those who may never have seen it and, hopefully, they offer promise for its future preservation. To those who have had the pleasure of knowing our habitat, their talent evokes it again for everyone’s enjoyment. Members of the Louisiana Wildfowl Carvers and Collectors Guild use their carving skills to stand at the forefront of both artistry and conservation, producing wildfowl art pieces that mimic the beauty of the actual birds, fish and other wildlife in which they specialize.

The Guild’s members carry on a tradition as old as the land itself – decoy carving has been noted to not only predate Louisiana but also the United States by nearly two millennia. The Guild forms a bridge from a time when handmade decoys were an essential tool for survival and trade to today, when they offer not just artistic satisfaction but also a link to the shrinking wilderness.

Their abilities – amazing in their precision, detail and devotion in wresting lifelike carvings of birds of all kinds – will be on display at the Louisiana Wildfowl Festival from 8 a.m. to 6 p.m. Saturday, Oct. 8 and 9 a.m. to 4 p.m. Sunday, Oct. 9. The festival will be held at the Castine Center in Pelican Park, 63350 Pelican Drive, very near the Causeway, in Mandeville. An auction featuring many pieces of hand-carved wood and fine art will take place on Sunday and anyone with questions may contact Richard Reeves at (985) 892-2215 or visit LWCCG.org for details.

The festival features the Gulf South Championship and more than $40,000 in prize money. Some of the Guild’s past students have gone on to win national championships. It further demonstrates Louisiana’s dedication and connection to the land: More World Champion and Master Carvers hail from Louisiana than any other state.

Besides conveying the beauty that is the Louisiana countryside and its animal life, the original decoy art form is quintessentially American, one of perhaps three art forms found in and derived from only this country. For visitors, it is enlightening and a privilege to witness it and learn about it up close. Understanding New Orleans and Louisiana means appreciating what the place offers, not just in the abundance of foods – the crawfish, trout, duck, venison, and on and on – but also in the surroundings that nurture them. This is, ultimately, the reason people live here, why they come here, why they stay.

The Guild importantly serves to remind Louisianans that decoy carving is nearly an abandoned art. Many students strive to learn the art under Master Carvers, such as the esteemed Dick Bonner, and their fellow Guild members offer their support and knowledge while sharing in the pride when they succeed on a regional and national level, which they so often do.

At the festival, attendees will see art that seems like a miracle – still life of the most beautiful creatures most people will never have the chance to see first-hand, worked in fine, intricate exactitude from wood of all kinds. Life itself is freed from the wood.

Decorative wildlife and wildfowl carvings, hunting decoys, interpretive art, competitions such as boat building and fish carvings, demonstrations such as painting and whittling techniques and multiple events featuring artists from almost every state and Canada offer a wider variety of the art than most unfamiliar with it ever imagined possible. The artists are available to discuss and learn from personally as well. The festival is also a resource for elucidating the important ties between our culture and the wetlands and the importance of preserving both in this generation and future ones.

The Guild is comprised of men and women from all walks of life, but they all share a passion for art. Many of the decoys and other pieces created by this artistry have been valued for many thousands of dollars, but the festival visitor might gain something worth even more – a reconnection to the beauty that is the Sportsman’s Paradise and perhaps even a kindling of artistic passion of their own. If so, they will make the state, its culture, land and people, all the richer, as that is how the Sportsman’s Paradise lives on.

Reflections of the Sportsman’s Paradise