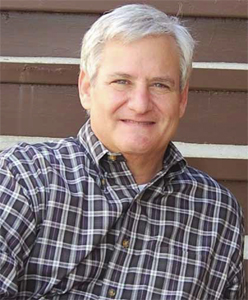 The biggest restaurant chain in the world isn’t McDonald’s or Burger King. If you’re going strictly by the number of locations, that distinction goes to Subway, which has over 36,000 stores in more than 100 countries. Louisiana alone has over 500 locations, and the vast majority of them were helped into existence by Hugh Stiel who, as a “development agent” for the company, recruits, trains, and supports franchise owners and scouts new locations.

According to Stiel, Subways have readily proliferated because little cooking is done at the stores. While Subway franchises do bake fresh bread and cookies, they don’t need grills, fryers, vents or grease traps like most other fast-food outlets do. The simplicity and flexibility of the Subway model means locations can be as large as 3,000 square feet or as small as 400 square feet, allowing them to find homes in typical shopping centers as well as in places like gas station mini-marts and supercenters.

Twenty-five years ago, Stiel had to wonder if Subways would find homes in Louisiana at all. “Everyone thought I was nuts to open a sandwich shop here,” he said. “People told me, ‘No one in the South south would eat a sandwich like that.’ But I figured people are already used to eating po’ boys, and there’s not a whole lot of difference between that and a sub.”

Subway’s food is standardized, so there’s little variation between outlets no matter where they are located. But Stiel still looks to add Louisiana touches to his business, Subway Franchise Company, which has 30 employees.

“We have company crawfish boils, give money to local causes, and every year at Mardi Gras, I send king cakes up to Subway headquarters in Connecticut,” he said. “This year I sent 60 of them. People up there get so excited, because it’s still wintery. One woman calls the king cake her first sign of spring.” He adds added that Subway founder Fred DeLuca loves New Orleans and comes annually for a week. “He spends more time here than anywhere else.”

Stiel was born in Baton Rouge and grew up in a middle-class family in Morgan City. As a young man, he had ambition to have a successful career, but didn’t quite know what it should be. He attended college for a semester. He worked for an auto dealership and rose to sales manager, but it didn’t work out. Later, he tried real estate and still couldn’t really find his place.

“I was about 30 years old, and I felt like giving up. I didn’t know what business to go into,” he said. “It was also when the oil industry was going through rough times, and people were moving away. But I wanted to stay and do something here. I remembered reading that a lot of great businesses got started in a recession.”

He happened to eat at a Subway in Pensacola and, liking the concept, he looked into opening one himself. He didn’t have a penny to his name, so he borrowed from family and friends and maxed out his credit cards to raise the necessary capital. His first store—and the first Subway in Louisiana—opened in the Old Metairie Village Shopping Center on Metairie Road.

“We didn’t make a lot of money, but we had good customer flow,” Stiel recalled. “I could see there was potential. After about three months of that store being open, I flew to Connecticut, and the owner asked me to become a development agent. I haven’t looked back since.”

Stiel lives in a condo on St. Charles Avenue in New Orleans but says he spends 90% of his time on the road visiting existing Subways and scouting for new locations everywhere between Pascagoula, Mississippi, and Beaumont, Texas. He enjoys exploring all the corners of Louisiana and the Gulf South: the beaches and Bayou Teche and the oak trees on Highway 90.

He also loves New Orleans and, courtesy of his Subway earnings, bought the Lafitte Guest House on Bourbon Street last month. Stiel says said he’s admired the charming hotel since he came to New Orleans as a kid and is looking forward to renovating and running it. In addition, he’s working on growing a new concept in Louisiana called Taco del Mar. The restaurant will serve Baja-inspired Mexican food in the same point -and -choose style of Subways. Along the course of his business and travels, he eats at a Subway maybe every other day.

“I’m always watching my weight and trying to eat healthy. After seeing what [Subway spokesperson] Jared accomplished and getting to know him over the years, I know it can be done,” Stiel said. “I normally get tuna, fully dressed with a little vinegar, salt and pepper. Or sometimes I choose veggie on wheat bread.”

And about once a month, he’ll treat himself to a fried oyster po’ boy.

3.34K
previous What Does New Orleans Living Mean to You?
next SOCIAL CALENDAR | October 2012