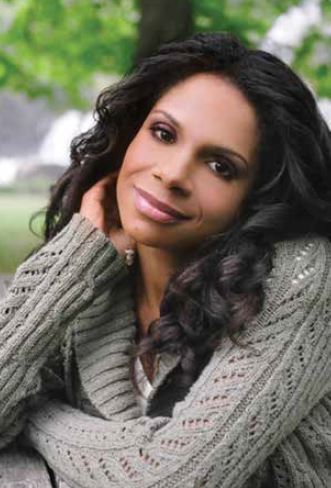 Do not walk—run—to buy your tickets (http://broadwaynola.com/).  As Stephen Holden of “The New York Times” wrote, she is “a one-of-a-kind musical super-talent” whose voice with its operatic range is in its prime. “The Washington Post” described her 2011 concert as “a funny, consistently loose, richly musical night.” And “The Los Angeles Times” described her intimate concert style: “She becomes the character of every song she sings. Yet she slips easily in and out of character to charm with personal stories.” I’ve seen her on stage at least a half dozen times, and I agree. There is no one like her.

Recently, I interviewed McDonald by phone. Known simply as “Audra” to her fans, she was an engaging, warm and intelligent conversationalist.

BH: Seth Rudetsky was your accompanist for the musical theater portion of your senior recital at Juilliard. How did you meet?

AM: He says we met doing one audition and I say it was an audition for something else. Either way, it was around 1989. We have been buddies and partners in crime as far as music is concerned, and we’re very close. I’ve watched as his career blossomed and then bloomed. It’s a very rich long, long relationship.

AM: Easy. Everything you can dream about. He has so much passion and love for musical theater that it’s a love fest up there. While you’re on the stage with him, you’re just trying so hard to stop laughing because he’s such a funny man. When we go on stage together, I’m never nervous.

BH: Do you get anxious before performing?

AM: Yes. In fact, there have been situations where I’ve passed out. It’s [a condition] called overactive parasympathetic nervous system, so my body shuts down. It’s something I have to be very careful about, making sure I’m hydrated and have lots of protein in my system before I go onstage. It’s about managing my energy so I can communicate what I need to in concert.

BH: You won your first Tony award for “Carousel” a year after you graduated from Juilliard. How did you process that success and keep your head on straight?

AM: I have yet to process that. [Laughter]. I’ve always had people in my life who keep me grounded. The people who are closest to me won’t let me get too big of a head or start to think too much of myself. I’m so grateful, because if you get too big of a head, regard yourself that highly, you lose touch with yourself and your humanity a little bit.

BH: How do you keep your concert and stage performances fresh?
AM: I tend not to chat with a lot of people before I go onstage; I like to be very, very quiet. I also stay as open as possible, so I can make what I call the Holy Communion between an audience and a performer. When people leave my concerts, I want them to feel like they’ve been in my living room for a while.

BH: How do you keep challenging yourself?

AM: I keep looking for work that scares me. If something about [a project] makes my heart pound a bit—if something makes me say, “I don’t know if I can do that”—I know it’s something I absolutely must pursue.

BH: I saw you perform an aria from “Doctor Atomic.” The composer, John Adams, was the conductor. What is it like performing under the baton of the composer?

AM: You can guess or find your way around a piece, but if the composer’s there, you can say, “Hey, what did you mean by this?” They know the music better than anybody. At the same time, you’re more nervous, because you’re trying so hard to interpret the music the way John Adams wants you to. Having said that, there’s nothing like it. I learn so much when I get to hear composers sing or play what they’ve written.

BH: Have you been to New Orleans before?

AM: Fairly early in my relationship with Will we went down to New Orleans and just had an amazing time. We fell so in love with this city. I love the flavor, the pulse, the history. It’s just as alive and pulsating as New York, though they’re very different.

BH: This is the inaugural season of Broadway at NOCCA. It’s exciting for the city to have these wonderful shows here.

AM: Well, I can’t speak for the other girls, but I mirror that excitement.

If, after you see the concert, you want to hear more Audra McDonald (which you will), her latest CD, “Go Back Home,” is available for presale at www.nonesuch.com. The album will be widely available on May 21. A “Live at Lincoln Center” special featuring McDonald in concert will air on PBS on May 24 (check local listings for more details).