Brandon Coleman and Willie Snead are the next generation of star receivers to emerge for the New Orleans Saints. 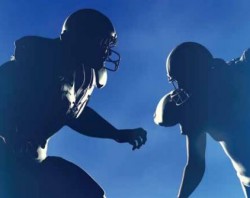 New Orleanians love the familiar. The places, the names, the drinks, the food, the music — New Orleanians bind to them strongly. Saints fans are no different. The Saints have remained so very familiar throughout the regime captained by head coach Sean Payton and general manager Mickey Loomis, and nowhere has that been more true than with the receivers. Stars like Marques Colston, Lance Moore, Devery Henderson, Kenny Stills and Jimmy Graham seemed fixed in the firmament for so long that fans thought they would orbit the Mercedes-Benz Supderdome forever, catching bombs, and playing pitch and catch with Drew Brees infinitely. But time does march on, and all but one of those names from the Saints’ gloried offensive recent past have moved on in one way or another, leaving only Marques Colston. Last year Brandin Cooks joined the new crew, establishing a foothold alongside Colston as a new anchor for Brees’ lacerating darts. But that accounted for only two spots, and typically the Saints have carried at least four wide receivers.

Into that breach have walked two new young wide receivers, Brandon Coleman and Willie Sneed, and in some ways they look very familiar. Coleman bears a frame that is very reminiscent of Colston: Standing at six-foot-six-inches and 225 pounds, he measures close to Colston’s six-foot-four-inches and 223 pounds. They share similar, condor-like arm lengths (Coleman at thirty-four inches and Colston at just a half-inch short of that) and similar 40-yard-dash speeds (4.5 coming out of college). And both Coleman and Colston were largely overlooked in the NFL by the 31 NFL brain trusts who make personnel decisions for the league’s other teams.

Like Colston, who came out of Hofstra University in Hempstead, New York, Coleman emerged from the Northeast, via Rutgers University in New Brunswick, New Jersey. During the offseason, Payton himself responded to the comparisons between the two, stating, “I would say more their stature and the types of player that they are. I think Brandon has made a lot of strides from year one to year two, and again part of that is his health. He’s healthy. His legs are stronger. He’s extremely competitive. He works hard at it, and you can see that carry over to the snaps he is getting. And he’s also very smart like Marques.”

Possessing remarkable skills and elite physical qualities, which make him a uniquely big target, Coleman had the misfortune of being injured during his last college season. Though teams did not draft him, Coleman was still in demand and yet he chose the Saints due to their history of giving undrafted free agents opportunities to not only make the team but also to eventually start. It is one of the hallmarks of the modern Saints that they have become a beacon for such talented players. That was true at the start of Sean Payton’s regime when Colston arrived, and it is still true today. Willie Snead is another talented player drawn to the Saints and their ready acceptance of the underdog persona. He also looks awfully, comfortingly reminiscent of another past beloved Saints receiver — in this case Lance Moore.

Fans will not recall Moore while watching Snead because of his physical attributes, as they are fairly different in a number of ways, but they will be reminded of Moore’s hard work, quickness, reliability and clutch play-making ability. Snead hails from Ball State University in Muncie, Indiana, whereas Moore arrived from the University of Toledo in Toledo, Ohio (both Midwestern schools with small but thriving football programs), and, like Moore, Snead was a major component for his team’s success every single game. They had remarkably similar and productive college careers: Snead caught 195 passes for 2,664 yards and 24 touchdowns his last two seasons playing for the Ball State Cardinals; and Moore caught 193 passes for 2,383 yards and 23 touchdowns his last two seasons playing for the Toledo Rockets. Hard work, reliability and productivity were qualities that Saints fans, and the team, loved in Moore. Snead seems to be cut from the same impressive cloth. As with Coleman and Colston, Payton reserved special praise for Snead in harkening back to Moore during the offseason, “I think he is a good route runner with strong hands, and he is smart. Those are traits that Lance has had. Man, Lance played a ton of good football for us. The jury is still out, and he still has a ways to go, but those are some things that you do see early on from him.”

In the 2015 season opener versus the Arizona Cardinals, both players flashed what Saints fans have to look forward to, perhaps for the next several years as this duo performs together. Coleman caught a quick Brees pass on the left flat and spun past former Louisiana State University Tiger Tyrann Mathieu and used his extensive frame to stretch over the pylon for a touchdown. Snead exploited his sole target of the game in the first play of the second half by snagging a Brees play-action slant pass and splitting the Cardinals secondary on the way to a 63-yard, potentially game-changing gain.

Coleman and Snead, on the brink of stardom, are — of course — their own men. Coleman, though humble and calm, is very different as a person from Marques “The Quiet Storm” Colston, and Snead, though hard working and determined, is very different from Moore who is so well known for his on-field diligence. But what Saints fans would absolutely love is to see the old familiar patterns, Coleman out-reaching frustratingly outmatched defensive backs and Snead sneaking through secondaries seamlessly and making reliable, consistent catches on crisp routes. That kind of play would be extremely, delightfully familiar, and, if they do it long enough, Coleman and Snead will one day have legacies cemented in Saints lore and the hearts of fans for years to come.

156
previous A Tisket A Tasket, Money in My Basket
next Community Support