Investing in the Culture of New Orleans 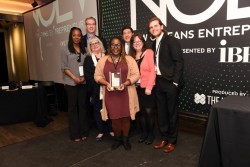 Dedicated to the preservation and enrichment of our local culture, Culturalyst (culturalyst.com) aims to be an all-encompassing, online directory of the individual artists, writers and musicians of the Greater New Orleans Area that changes traditional definitions of arts patronage. Founder Samuel Bowler, who fell in love with the city at 19 years old during a summer job, developed Culturalyst after several “lightbulb moments” in his own career as a sculptor in the Crescent City. “As a transplanted young sculptor in 2010, I tried to find fellow aspiring sculptors when I first moved to the city,” Bowler says. “It was a difficult process that consisted of Googling and cold-emailing. I thought, ‘This is too hard’ — especially in a city filled with artists.”

Bowler also took a position teaching 7th grade English at L.B. Landry on the West Bank. It was here he discovered that art allowed his students a “space to experiment without any correct answer,” where “good things happened in their souls and in mine.” Bowler says.

The third and definitely the strongest lightbulb moment came to Bowler after speaking with Suzanne Mobley and her staff at Sweet Home, a music support organization now defunct due to lack of funding. “Their research uncovered that New Orleans musicians make an average of $17,800 per year, with 40 percent making less than $10,000 per year,” Bowler says. “I thought this was a crazy statistic, considering our culture attracts $6.8 billion annually in tourist spending and rent has increased 60 percent since 2009.”

After long hours of online collaboration with like-minded colleagues, the concept of Culturalyst was born. It was presented at this year’s Downtown NOLA Arts-Based Business Pitch during New Orleans Entrepreneur Week and, after much deliberation by local judges, Culturalyst won a prize package of seed capital, pro-bono accounting and legal, public relations and real estate services valued at over $40,000. “We’re really excited to have our mission validated by so many trusted cultural organizations and businesses,” Bowler says. “Culturalyst believes patronage is the future, because it is the most transparent, direct and meaningful relationship that can exist between an artist and their fans.”

As a city dependent upon tourism for its survival, we place too little value on the culture that attracts visitors from all over the world. But this is not only a New Orleans problem. In this digital age, content is king, from downloaded music, movies and games to articles, photographs and comics. Unfortunately, the artists, musicians and writers creating this “free” content are rarely adequately compensated for the art we hold in such high regard.

“What’s the model for artist and cultural support moving forward?” Bowler asks. “Culturalyst thinks it’s a connection directly from fan to artist, with no middleman. Just likes it’s easy to pay $9.99 per month for Netflix, it should be easy to pay $10 per month to support your favorite slice of our culture and what you get in return is more than just content. It’s a relationship, formed through repeated, consistent interaction both online and off with the artists and culture-bearers that you love.”