Anne Rheams and the Lake Pontchartrain Basin Foundation saved the lake, now they aim to save our coast 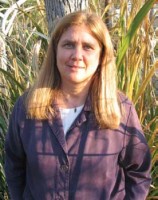 As the New Canal Lighthouse Keeper, Rheams leads the restoration of the West End lighthouse. Working with HMS Architects, the LPBF has completely dismantled and is now reconstructing the 1890 structure. They hope to complete the project, turn the light back on and open the lighthouse to the public later next year.

What is the Lake Pontchartrain Basin Foundation’s top priority?

The biggest program that we have now, which we started pre-Katrina, is the coastal restoration effort. We can say, based on data, that we have saved the lake. Now we have to save the coast.

Is that a realistic goal?

Yes, although the big “but” is humans. If we would just act, it is doable. You can’t stay stuck. That’s why we were able to save the lake. There were 98 entities that for decades did nothing. We came along, organized those 98 entities and said this is the plan, get on the boat, it’s sailing.

How does restoring the lighthouse further the foundation’s mission?

Even after all these years we don’t have a home. The lighthouse will be a museum and our education center. It will be a place lighthouse’s incredible history and coastal and environmental issues.

Was the lighthouse used up until Katrina?

No, the Coast Guard decommissioned that lighthouse when they moved to their Bucktown station [in 2001]. The area had developed so much and there was so much light around, like Joe’s Crab Shack, which is now Landry’s. Orienting yourself to Joe’s Crab Shack instead of a lighthouse is not so romantic, is it? Even today, if Landry’s is all lit up, though, that point is not an easy one to navigate in the dark. The sailors are very happy that we have a light out there right now. We are actually a registered private aid to navigation.

You decided to completely dismantle the lighthouse and rebuild it. Was that the only option?

After Katrina, we had a construction firm out there that said we could save it if we shored it up then. Well, I had no legal standing to even be on the property, not until I got the lease with the Coast Guard, which took a year. So the November after Katrina a cold front came in. I was lying in bed and I heard the wind and said this is it. I felt like I’d been punched in the stomach. The building was so top-heavy because the lantern room was made of cast iron. After that cold front, the building was completely crushed.

How did you get involved with the LPBF?

I used to swim in that lake. I used to sit on that lake and have every emotionknown to humankind: joy, sadness, whatever. I loved that lake. It meant everything to me to work with thisorganization. And I’ve been here now for 16 years.

Are you sometimes overwhelmed by the task of restoring the coast?

Yeah. We all knew that Katrina was going to happen. Katrina changed me, though, from thinking and knowing

it could happen, to seeing it happen. But what’s more overwhelming to me is that even after Katrina, people still can’t agree on how to fix things. We had the disaster. Why are we still talking? Why aren’t we doing? In spite of this, how do you stay focused on the mission and the work? It’s love. Pure and simple.

How can people get involved and help?

I will be very blunt: We need money. If we don’t have our coasts, none of us will be here to do anything else. We need this lighthouse to get built. By giving to the lighthouse they’ll be giving to the coast, because we will then have a place where we can educate people about the coast.

For more information about the New Canal Lighthouse and the Lake Pontchartrain Basin Foundation, visit www.saveourlake.org.