Finding your passion is a funny thing. Some people are born with it. Others find it later in life. Some struggle to find it at all. And then there are those whose passion is created out of struggle and adversity. 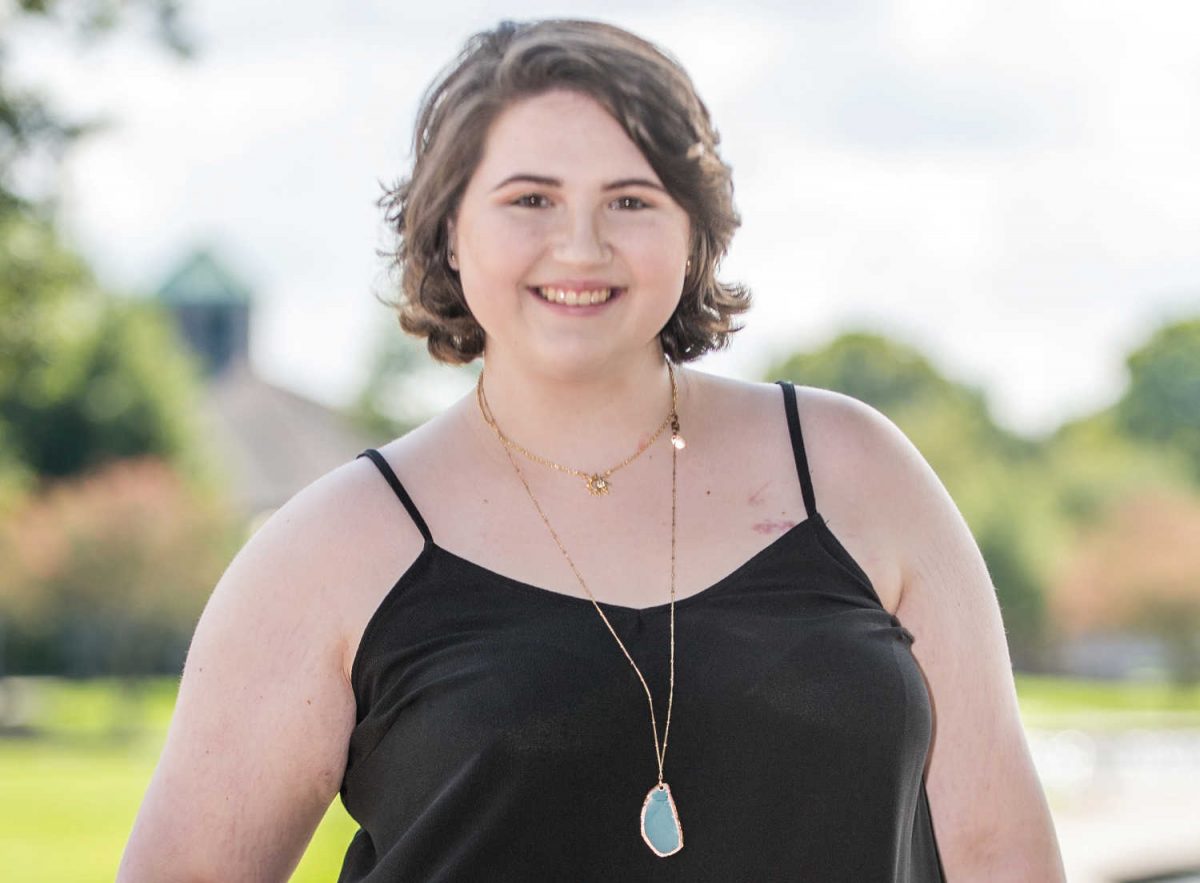 Hines had felt fatigued and lethargic for weeks, sometimes falling asleep in class and drawing her teachers’ ire. An honor roll student, basketball player and co-president of her student council, she was not one to shirk responsibility. Something was clearly wrong. When her pediatrician noticed the large hematoma on the back of Hines’ leg, he urged her mom to bring her to the emergency room.

Several blood tests later, doctors confirmed every parent’s worst fear: Hines had acute promyelocytic leukemia (APL), a cancer of the white blood cells. With APL, the bone marrow produces too many promyelocyte cells. These rogue cells eventually crowd out healthy cells, leading to infection, bleeding and other complications. Fortunately, Hines was in good hands at St. Jude’s Children’s Research Hospital in Memphis. The pediatric oncologist presented her with two options: traditional chemotherapy, which would require ongoing treatment for two years, or an eight-month clinical trial that combined short-term chemotherapy with arsenic. Hines opted for the latter. She was the first pediatric patient to receive this therapy. “I wanted to do the trial to help other kids, not just myself,” she says.

In just 29 days, Hines was in medical remission. Within five months, she was cancer free.

But that’s just the beginning of her story.

The clinical trial that Hines joined was the first of its kind for children. But using arsenic to treat leukemia is nothing new; it’s been used on adult leukemia patients for more than 15 years. This fact did not sit well with Hines. And the more she researched, the more she became convinced that — compared to adult cancers — childhood cancer research was underfunded and overlooked. In the past 20 years, only three new drugs have been developed specifically for pediatric cancer. But in 2014 alone, the FDA approved nine drugs for adult cancer. Hines believes that all new cancer drugs and treatments should also be tested on kids, and she’s made it her mission to spread the word.

Her ambition caught the attention of St. Baldrick’s Childhood Cancer Research Foundation, which just happened to be looking for its own kid ambassadors to help push the STAR Act (Survivorship Treatment, Access and Research) through legislation in Washington, D.C., this past May during Childhood Cancer Action Days. “I was one of five kids chosen, out of thousands,” Hines says. “It was truly an honor.”

Hines shared her story and discussed the critical needs of childhood cancer survivors with state representatives from the offices of Senator Bill Cassidy, M.D., and Representative Steve Scalise. So far, the STAR Act passed through the House but is awaiting Senate approval. “It’s so cool to be a part of something bigger than myself,” Hines says. “I feel blessed to have discovered my passion at age 17. Cancer has given me more than it could ever have taken away from me.”

On Sept. 7, Hines will celebrate one year of being cancer free. While she still suffers side effects from treatment — painful peripheral neuropathy among them — she plans on attending Millsaps College and majoring in political science with a minor in non-profits. “Cancer will always be a part of who I am,” she says. “But it’s not all that I am.”

243
previous Diane Lundeen: Good in the Heart and Bad to the Bone
next Jean Lorent Makin: Style Maven