Drew Brees and the New Orleans Saints have a formula for playoff success. 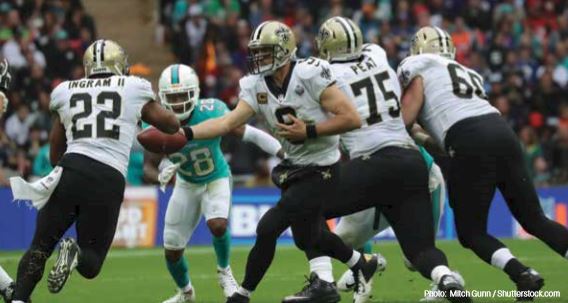 The New Orleans Saints, blessed with a special mixture of veteran presence and youthful energy in their locker room, enter December 2017 staring at the NFL playoffs, a rarity since the heady Super Bowl and division winning days of 2009-2011. And the question of whether they have played their best football has yet to be answered. The challenge exists to improve and reach a new level of play because that is the nature of the playoffs. The best teams in the league will be competing at a higher quality than at any time during the regular season and those that cannot match that bar will surely learn their time in the postseason will be a short one. The ultimate goal for the New Orleans Saints will not be to have an excellent winning season but to excel in the playoffs. Winning the NFC South division would be a terrific accomplishment, but they must enter the playoffs as an ascending team, improving every week, finding ways to win and playing with confidence.

Learning to balance the exuberance of the younger stars on the team, like Marshon Lattimore, Alvin Kamara and Michael Thomas, who have never seen the playoffs, with the hard work necessary to reach that stage — and then stay there — will be the job of not only head coach Sean Payton, but also the offensive and defensive leaders such as Drew Brees and Cameron Jordan. They must learn the first lesson, which is that nothing is guaranteed, and that the playoffs require a higher level of energy that must be at once fiercely competitive but also consistent. Every yard must be earned, and the opponents will be just as determined, and teams will be expected to prove their worth by the scoreboard, not the stats between the 20-yard lines.

The Saints will have to improve at the end of the season (and not rest on their laurels), which, in November, included two near-perfect performances. Against the Buffalo Bills, on the road and in a tough venue, the Saints accomplished the rare offensive feat of never having to punt. Not only that, but they also scored six touchdowns rushing. They were the first team to hit that rare double feat since the 1941 Chicago Bears. The Saints also became the first team to score six touchdowns rushing and to gain 295 yards rushing in one game since the 1957 Cleveland Browns. And they also became the third team to win seven games in a row after losing their first two, something only done by the 1993 Dallas Cowboys and the 2007 New York Giants. All that history is indeed in the past, but, if Saints fans are looking for good omens, each and every one of those teams eventually reached the NFL Championship and all but one (the 1957 Browns) won it all.

And yet still the Saints had not peaked. The next week versus the Washington Redskins, the Saints found themselves down 15 points with under three minutes to go, a seemingly insurmountable lead given the time remaining. In 779 games in team history, only nine times had such a deficit been overcome, and never with so little time left. In a shocking display of talent and determination, Brees ripped off 11 straight completions, including two touchdowns, burning a path in the Superdome turf to a near miraculous victory, a triumph that might arguably be the greatest Saints comeback of all time.

After the Bills game, Brees almost knowingly stated, “Guys understand what it’s going to take and exactly what it is they’re going to need to do and then go out and execute it to win the game. … I would say obviously we value character, intelligence and toughness. I think those are the three most important ingredients when you talk about getting the right type of guys to build a team that can be a team to withstand anything. Withstand adversity and fight through the tough times, and know how to handle success and enjoy doing it together all at the same time. We care about one another and being able to accomplish something great. I think we’ve learned a lot over the last three or four years. Obviously those three seasons that we were 7-9, I felt like there were some missed opportunities also. I felt like we weren’t a very mature team and weren’t a team that understood how to win or how to approach the day-to-day. I think we lacked a lot of that and we’ve gradually gained that back as we’ve gone through this season. We went out and made some very strategic moves in free agency and drafted well trying to bring in the right type of guys. Guys that have character, intelligence and toughness, and build a foundation of what we feel like can be a winning program and formula moving forward. I hope we have done that, but we have to keep moving forward.”

Having emerged from the first half of the season with momentum and championship chemistry, it is apparent that, if they stay healthy and catch some breaks, the Saints can continue to ride that formula of youthful energy and vital experience deep into the playoffs for the first time since 2009, the year they won Super Bowl XLIV. In December, Saints fans, and the Saints themselves, will see just how good this team can be.