Spend a romantic weekend on the town exploring all New Orleans has to offer with that special person who has captured your heart. 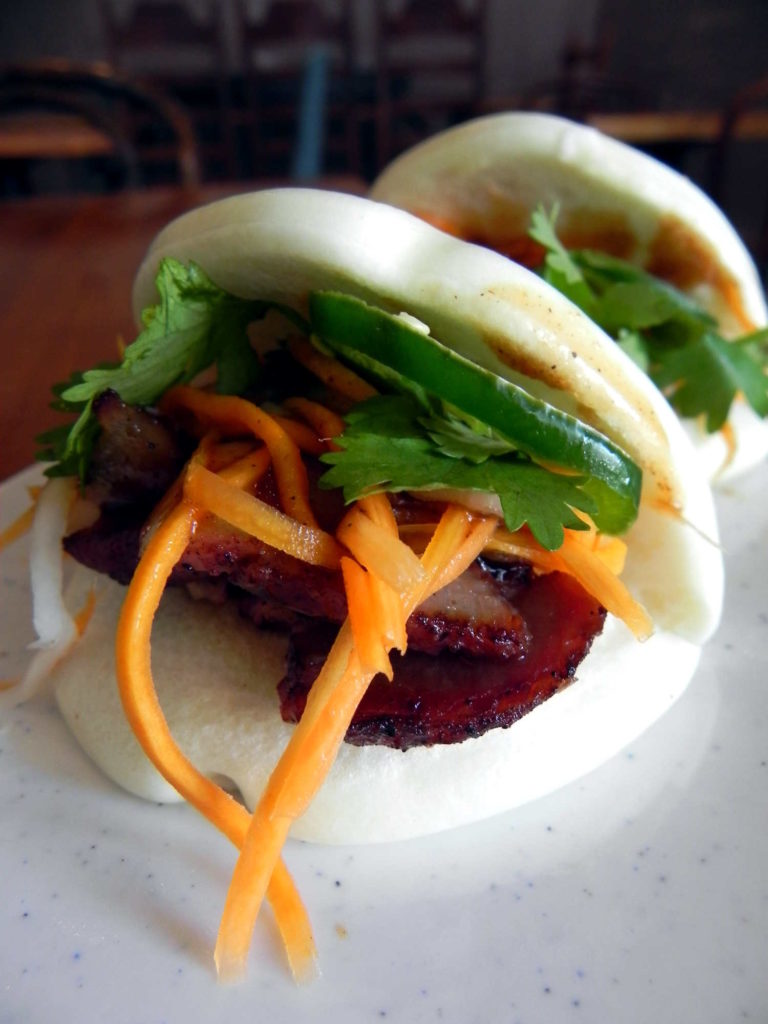 Sip at: Enjoy handcrafted cocktails at the spot that put Freret Street back on the map. Built inside a converted firehouse and opened in 2009, Cure has enjoyed both local and national attention for its uniquely fabulous, always changing cocktail menu and an atmosphere that wouldn’t be out of place in larger cities like New York or San Francisco. The lounge, with its subdued lighting and comfy couches is the perfect spot for couples to whisper sweet nothings, while sipping concoctions like a Looking Glass with brandy and peach liqueur or the Picard, a riff on an Old Fashioned with notes of black tea, chocolate, caramel and rhubarb. 4905 Freret St., (504) 302-2357, curenola.com

Enjoy the show at: Resembling a bordello with its velvet-flocked damask wallpaper, chandeliers and heavy drapery, One Eyed Jacks is a popular French Quarter venue featuring everything from touring alternative bands and burlesque shows to ’80s dance parties. Belly up to the horseshoe-shaped bar for a drink and revel in the music with performances from acts like Future Birds, Tank and the Bangas, Sweet Crude, Pleasure Club and Big Freedia. 615 Toulouse St., (504) 569-8361, oneeyedjacks.net

Revive at: There’s nothing quite like sipping on a chicory cafe au lait and munching powdered sugar-laden beignets at Morning Call under the live oaks in New Orleans City Park. Morning Call originally opened in 1870 at the French Market and later moved to its current location in Metairie. The second location in City Park opened in 2012 and is a must-visit for folks who need a little pick-me-up before adventuring through the rest of City Park. 56 Dreyfous Dr., (504) 300-1157

Appreciate art at: Explore New Forms, New Voices: Japanese Ceramics from the Gitter-Yelen Collection on exhibition at the New Orleans Museum of Art until May 13. For the first time in more than two decades, the museum is presenting modern and contemporary ceramics by noted artists like Ryuchi Kakurezaki, Machiko Ogawa, Yo Akiyama and Jun Nishida. The exhibition, presented in five sections, offers 82 works by 40 different artists. 1 Collins Diboll Circle, (504) 658-4100, noma.org

Brunch at: Specializing in Belgian Liège waffles, Cloud 9 Bistro is a new breakfast spot that opened near the corner of Magazine and Ninth streets Uptown. Located in the spot that formerly housed Artz Bagelz and Maple Street Patisserie, the casual, baby-blue breakfast spot offers a small menu that features Liège waffles that are a chewy, brioche version of a waffle with a crunchy caramelized exterior. You’ll find these Belgian beauties topped with Nutella and bananas, stacked with fried chicken and cheese sauce, or simply topped with bacon, eggs and maple syrup. 3138 Magazine St., (504) 702-5914, cloudninenola.com

Fantasize your future at: Pretend you’re a couple for whom money is no object and sashay your way through the historic Garden District, shopping for a future home. Feel free to stop and stare and some of the most elegant homes in the world like the Walter Grinnan Robinson House on Third Street built in 1859 by famous architect Henry Howard; the Joseph Carroll House, a 150-year-old Italianate mansion on First Street with elaborate cast iron railings and fences; or the Briggs-Staub House on Prytania Street built in 1854 and the only true example of Gothic Revival architecture in the neighborhood. freetoursbyfoot.com/self-guided-garden-district

Relax at: One of the most popular restaurants in the Riverbend, Ciro’s Cote Sud has long been the perfect spot for a date with a cozy atmosphere and small, intimate tables. Though the menu mostly features fare found at any French bistro like escargot; mussels and fries; Dijonnaise pork; and salmon in a spinach cream sauce, Ciro’s Cote Sud is truly known for its pizza. House made dough and fresh ingredients means it’ll be hard to resist going for the Italian pies, but you may want to revert back to French after glimpsing the dessert menu. 7918 Maple St., (504) 866-9551, cotesudrestaurant.com