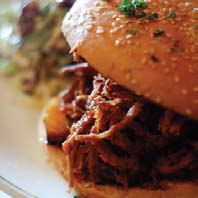 I’m a fool for the holidays, at least cooking- and dining-wise. While the season is always a mixture of excitement and anxiety, I can find solace at the stove or at a table.

I’m a fool for the holidays, at least cookingand dining-wise. While the season is always a mixture of excitement and anxiety, I can find solace at the stove or at a table. This is a fascinating year, loaded with change–and the continuing story is the ever-shifting restaurant scene: new openings, menu modifications and a special nod from a national publication.

What I loved most about getting the December issue of Food & Wine was seeing another great New Orleans restaurant get its “props.” This year, Food & Wine‘s list of the “10 Best Dishes of 2008” included Bistro Daisy and chef Anton Schulte’s gorgeous Crawfish and Mascarpone Stuffed Ravioli. This amazing, creamy and tender dish won acclaim earlier this year from famed food writer John Mariani.

Apparently, barbecue is “the new black,” and two newcomers to the scene are trying to fill that niche. Squeal recently opened on Oak Street, with a full menu of house-smoked pork, chicken, brisket, sausage and a mess of sides, including brilliantly prepared fresh-stewed greens and cornbread topped by a knob of honey butter. Also keep an eye on Banks Street in Mid-City where Pull My Pork will open mid-month in the bright red building that once held Shaggy’s. Early bites of Jonathan Wilson’s barbecue have been well received and opening in Mid-City, across from Bart Bell’s coffee shop and Crescent Pie & Sausage Co., is a good food reinvigoration for that ‘hood. The only beef, if you will, have been the names of these two places–racy, edgy, disturbing, funny … you decide.

There are two new Vietnamese restaurants to check out. Boda Delights in LaPlace is that area’s first Vietnamese restaurant and a great entrée to the cuisine for newbies. The baked Cornish hen with rice was a standout. Saigon Pho on Cleary, in a dreary shopping center just off Veterans, has a dynamite Vietnamese menu, offering massive bowls of beefy soup, larger-than-usual crackly Imperial Egg Rolls and comforting rice plates with your choice of pork, chicken or shrimp. 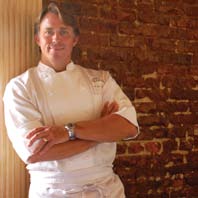 The dust has finally settled, and John Besh has inked a deal with the Roosevelt New Orleans for a casual Italian eatery he plans to call Domenica. Chef Alon Shaya, formerly of Besh Steak House, will helm the kitchen, and the restaurant opening date will coincide with the hotel’s formal opening in June. Speaking of Besh, the buzz surrounding La Provence is all about the changes, from chef in residence to its decidedly modern menu–a complete 180 from the original plan for maintaining chef Chris Kerageorgiou’s French Country spirit. Chef Randy Lewis’ contemporary riffs on French cuisine (with some local flair) have started drawing raves, but will North Shore residents bite? Time will tell.

Laurel Street Bakery was robbed at gunpoint in October. Shots grazed tables that now bear purple hearts. Owner Hillary Guttman took shots of her own, baking up “gunshot” cookies, complete with “bullet holes” and red sprinkles. You gotta love a baker with guts and a good sense of humor.

La Petite Grocery‘s executive chef, Justin Devillier, got married on October 11 and returned from his honeymoon a week later to make serious changes in his kitchen staff and the restaurant menu, incorporating more local products and strong nods to seasonality. I’m still all atwitter for the open-faced pork cheek sandwich, rich and sticky with deep-flavored shards of meat on eggy, toasted bread and the bite of peppery arugula. Joel Dondis knows culinary talent–Devillier was his find for La Petite and now, Mark Falgoust, formerly of Cochon, and a homegrown Cajun boy himself, turns up as the new executive chef at Grand Isle.

Speaking of Cochon. That delectably tangy and textural homemade mustard dolloped on the charcuterie board and plopped on the sausage plates will soon be on the shelves at Whole Foods Market. At present there are restaurant/ chef-driven products already out there, like John Folse’s cheese, yogurt and, I bet you didn’t know this, his butter. There’s also Sal & Judy’s sauces and dressings, and from what I’ve been told, another major chef is churning up things for Whole Foods, to hit the shelves soon.

My holiday shopping has always been done at the Crescent City Farmers Market called Festivus. This year, to my chagrin, there is no Festivus, so in its place, I will hit other markets:

? The Lakeview Harrison Avenue Marketplace will operate on December 10, and its grounds will be packed with incredible local food, drinks and handmade crafts.

? Don’t miss Tom Wolfe’s Iron Chef and Amateur Iron Chef Competitions and block party on December 14, from noon to 7 p.m., in the 900 Block of Rampart Street. This year’s event will have two heated 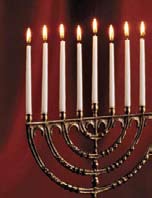 competitions, live music, food and plenty of antics from Galatoire’s, La Petite Grocery and Café Giovanni, to name a few.

? Hanukkah/Chanukah … any way you spell it, the holiday is celebrated this year from December 21 to 29. On December 29, Chabad Lubovich of Louisiana will hold the giant menorah lighting at 5pm for Chanukahat- Riverwalk. The event begins at 4 p.m. at Spanish Plaza and will feature a children’s program, music, Israeli food and more.

? What would Christmas be without the Ritz-Carlton New Orleans Victorian Holiday Tea? Dismal. On Dec. 2, 9, 16 and 23 from 2 to 4 p.m. you can bask in the charming decorations and holiday vibrations of the Lobby Lounge for a traditional three-course tea service. Not into tea? How about their Winter Solstice Hot Chocolate Party? Enjoy a variety of hot chocolates, holiday cookies and carolers on December 22 from 2 to 5 p.m.

? Finally, it’s not Christmas in New Orleans without réveillon dinners. Based on a timehonored tradition of breaking the fast after midnight Mass on Christmas Eve, these feasts are held throughout December. As in the past, a large number of restaurants participate by offering fabulous fixed-price menus laden with lush dishes, in an array of prices to suit everyone’s tender wallet.