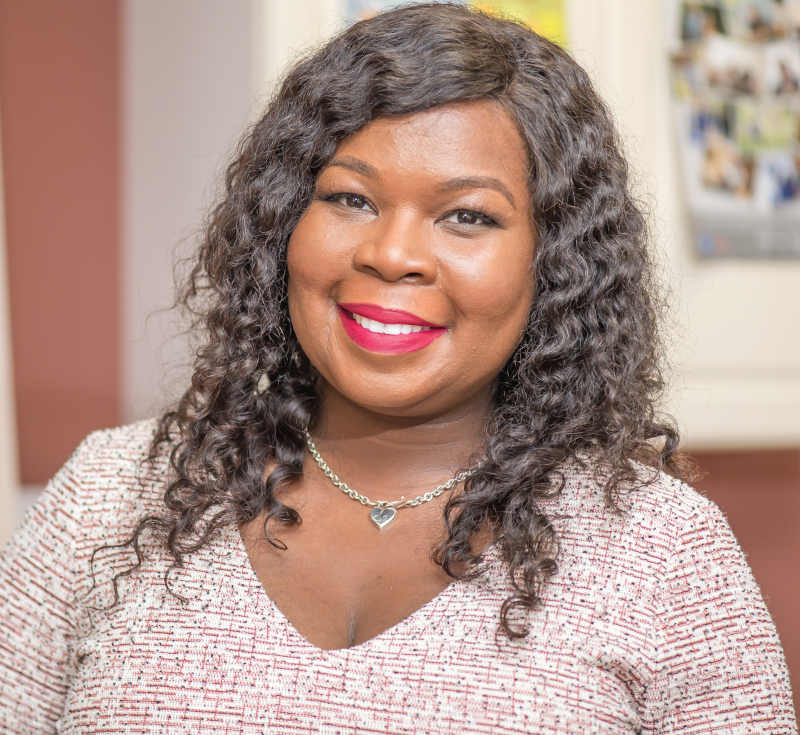 Erica J. Washington, an epidemiologist for the State of Louisiana, recently received The Reverend Connie Thomas Award in honor and appreciation of her years of service and dedication to Luke’s House, the community and her robust work in the field of healthcare. For those who aren’t aware of Luke’s House, it’s a clinic that provides free medical and mental health services to more than 800 medically underserved and uninsured people per year, including eye exams and glasses, immunizations, prescription assistance and women’s examinations.

Washington, who moved from Baton Rouge to New Orleans in 2007 to pursue a master’s degree in public health from Tulane University’s School of Public Health and Tropical Medicine, began working with Luke’s House when it opened in Nov. 2007 as the organization’s first public health intern. “When I joined Mount Zion United Methodist Church earlier that fall, Rev. Connie Thomas informed me that the church had joined with Rayne UMC to launch Luke’s House,” Washington says. “It felt like perfect timing that I was able to put public health into practice at the beginning of my studies at Tulane.” Shortly thereafter, Washington joined the Luke’s House board of directors (in Aug. 2008) as a general member. In that capacity, she was able to support the organization operationally and by providing data support for their annual reports.

After completing her graduate studies in public health, she was hired with the Infectious Disease Epidemiology Section of the Louisiana Department of Health. “They were awarded funding to create the Healthcare-Associated Infections Program for surveillance and prevention of infections across the provider spectrum,” Washington says. “I have been fortunate to serve as coordinator for the HAI Program since its inception and have enjoyed seeing it grow to include antibiotic stewardship. I stayed in New Orleans because I felt part of the city’s revitalization. Through volunteerism, I was able to develop a network of good friends.”

As time went on, Washington took on more responsibility with the Luke’s House board, serving as chairman from 2012 until 2014. She organized the first committee to host Brass Bash (Luke’s House’s signature annual fundraiser) in 2012. “It was an important time in Luke’s House’s structure to transition into a more permanent fixture in the community,” she says. “Brass Bash was the perfect avenue to showcase the good work of the clinic and highlight its dedicated volunteer base. Additionally, our board received hands-on training from the Louisiana Nonprofits Organization on roles, responsibilities and fundraising. We used that energy and resource-building to catalyze the first Brass Bash event.” (This year’s event raised nearly $30,000, which will contribute to Luke House’s upcoming clinic expansion.)

The following year, in 2013, Washington was recognized as a White House Champion of Change for Prevention and Public Health. Additionally, she was a 2016-2017 Informatics-Training in Place Program Fellow through Project S.H.I.N.E. (a collaboration between the Centers for Disease Control and Prevention, the Council of State and Territorial Epidemiologists, and the National Association of City and County Health Officials) that seeks to increase the informatics capacity of health departments nationwide. She is currently pursuing doctoral studies at the LSU Health Sciences Center School of Public Health.

The recent recognition of Washington’s work with Luke’s House came in the form of the Reverend Connie Thomas Award. It was to honor her work in health access and community care here in New Orleans. “My public health volunteer work has also included serving on the Tulane School of Public Health Alumni Association Board of Directors from 2013-2017, wherein I was fortunate to connect with early career public health professionals as well as students,” she says.

Washington certainly stays busy with her job as an infectious disease epidemiologist, and her volunteer work, but she says she is currently focusing on applying a particular lesson to her life: the gift of presence. “I am currently enjoying my work, studies and am continuing to learn what the public health realm has to offer,” she says.