Build a lasting bond through running. 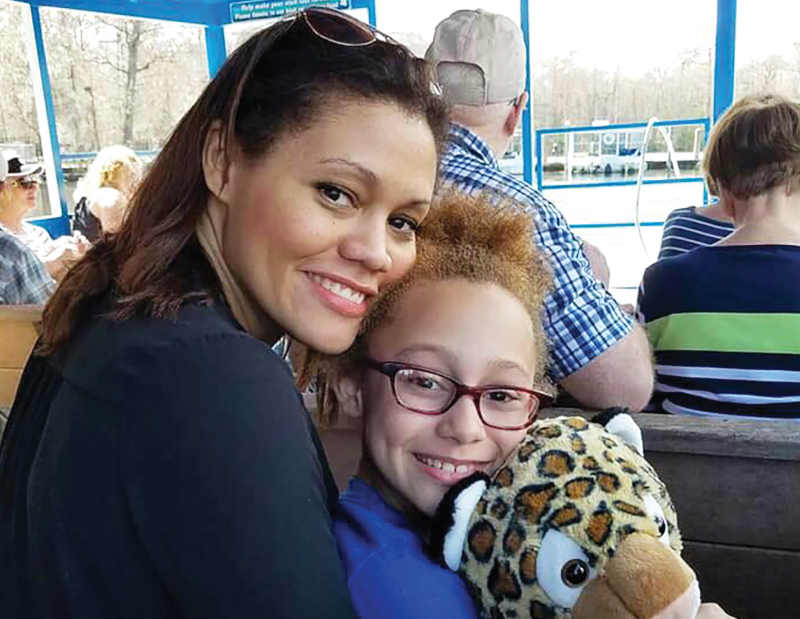 I am always looking for fun, enriching things my daughter can do outside of school. She needs an activity that balances out her academics and helps her burn off the seemingly infinite amount of energy she has when she gets home after school. When her school announced that it would be participating in Girls on the Run, an after-school running program for girls ages 8-13 that culminates in the girls participating in a 5k, I signed my daughter up. My thoughts were that a few days per week, she would stay late after school, practice running and that I would pick her up, tired and happy. Easy peasy right? Nope. Little did I know that I would have to be involved in this extracurricular activity and that it would change our lives forever.

I always said that the only reason I would ever run would be to get away from a masked criminal who was chasing me. A little tidbit about me: I do not run (or should I say, did not run). Before Girls on the Run, I would have preferred doing pretty much anything over running. For example, shopping at Walmart mid-day on the Saturday before Thanksgiving would have been downright delightful compared to running. Running has so many negative aspects associated with it. For one, it is physically painful.

One life-changing afternoon, the Girls on the Run coaches announced that the girls needed running buddies for their 5k. The running buddy had to be someone my daughter knew. My heart started to race. No one in my family ran anymore and my daughter was uncomfortable running with a family friend. I was all she had left. I had a few months until the 5k, and I had to start preparing right away.

I downloaded the C25K app on my phone and started running in the afternoons on the levee with my daughter three days per week. The first week of running was as miserable as I expected. I will not sugarcoat it. Things that should not have jiggled, did. I tired quickly and was so embarrassed at how out of shape I was. So many negative thoughts ran in my head. Most days my daughter would run ahead of me and circle back because I was just that slow.

Weeks passed, and, eventually, my daughter would run by my side and talk to me about everything going on in her life — her friends, classes, mean girls. I got more intel during those runs than I ever did before. We would go over her test questions, sing and tell jokes. She would also encourage me to keep going when she knew I felt like stopping. I felt like our roles had somehow reversed. My child was now coaching me. We would return home from our runs tired. She would be proud of herself for helping her mom, and I would be proud of myself for not keeling over and quitting.

My endurance grew; I lost some weight; and I felt really good about myself. I grew even closer to my daughter, which is something I did not think was possible. Preparing for the 5k was a wonderful experience that we both will always remember. We still run together some afternoons and participate in 5ks together. Yes, beginning to run sucked for lack of a better word, but enjoying being outdoors with my daughter and hearing all about her day made it worth it. My hope is that she and I will continue to run together forever, even when hanging with Mom is not quite as cool as it is today and even when our schedules get busier. I pray that running will always be a way she can continue to open up to me and let me into her fantastic world. It’s a way for us always to be able to connect.