Home CULTURE Uncovering the Past
CULTURE
IN THIS ISSUE
SPACES
May 31, 2018 Kim Ranjbar 0

Celebrating the indomitable spirit of its namesake and city, The Eliza Jane embraces its storied history with elegant design touched with just the right amount of nostalgia and whimsy. 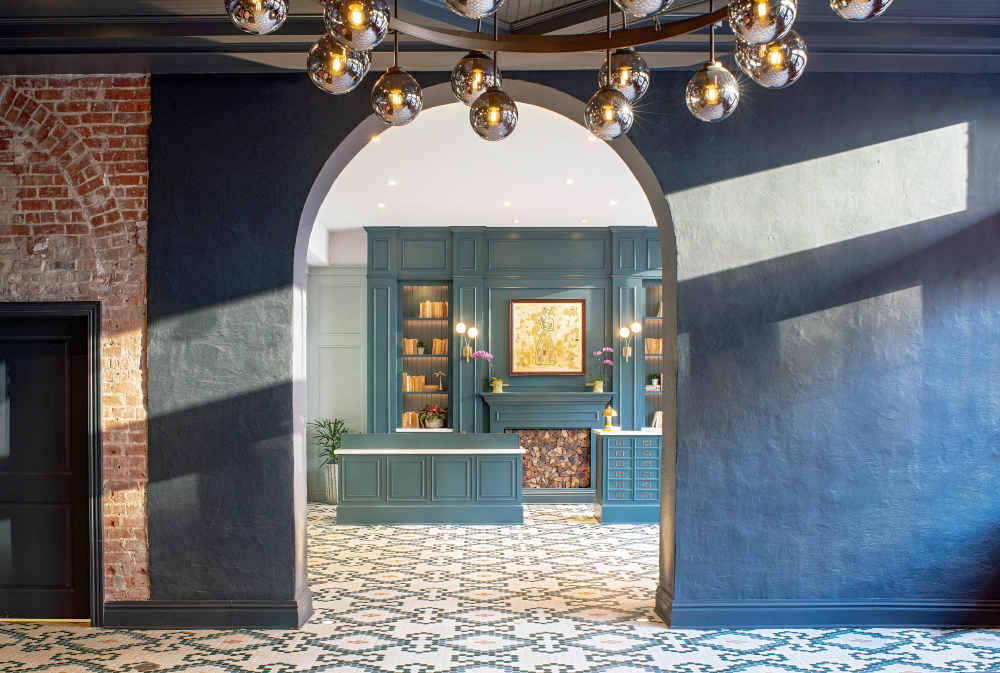 Located in the Central Business District, The Eliza Jane — a 196-room boutique hotel — is a unique addition to The Unbound Collection by Hyatt. Purchased and developed by Rockbridge and HRI Properties, this one-of-a-kind hotel is actually a cluster of nine historic Magazine Street warehouses that have been renovated and combined into one, without sacrificing each structure’s distinctive character.

The hotel is named after one of our city’s most famous females, Eliza Jane Nicholson. According to sources at The Historic New Orleans Collection, she was born in 1843 to an affluent lumbering family in Mississippi and began her lettered journey submitting nature-themed poetry under the pseudonym Pearl Rivers to The Daily Picayune. Against all odds (and her family’s wishes), she moved to New Orleans and eventually became the first professional woman journalist in the South.

In 1878, she married the publisher of The Daily Picayune, Colonel Alva Holbrook, and inherited the paper when her husband died only four years later. Not only did Nicholson become the first female publisher of a major metropolitan newspaper in the country, but, under her management, the paper became extremely profitable with the highest circulation compared to any in the Southwest. In addition, she hired a lot of women reporters and gave them the same pay as their male counterparts. Plus, her editorial causes helped to improve women’s rights to employment and equal pay, animal rights and public education.

The Eliza Jane hotel’s design succeeds at living up to such a remarkable and forthright namesake. In stripping away the previous tenant’s décor, New York City design firm Stonehill Taylor desired to bring the property’s historical aspects to the surface. “We really wanted to highlight all of the historic features of the building,” says Bethany Gale, senior designer. “Any existing metalwork we painted black so it’d really pop against the color. That was our intention from the beginning, bringing out the beauty of the building.”

Other elements offer playful nods to Nicholson and The Daily Picayune. A subtle feminine influence is apparent in the overall palette, with jewel tones in the public spaces and subdued pinks in the guest rooms. Dubbed The Press Room, the central bar is accessorized with locally sourced antique typewriters and books. “There’s also seven different featured wall coverings throughout the public corridors as you transition through each warehouse, and one of them is dedicated to The Daily Picayune,” Gale says. 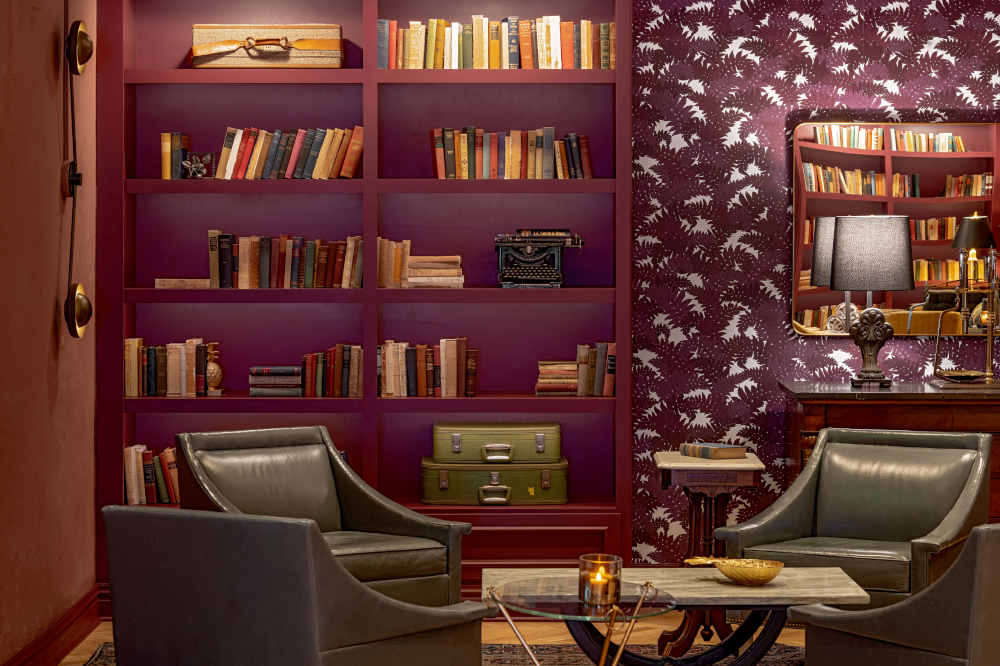 One of the design team’s biggest challenges was incorporating nine different spaces into a whole, while respecting the rules outlined for buildings listed on the National Historic Register. Instead of attempting to make it all look and feel the same, Stonehill Taylor celebrated those differences, while still keeping a semblance of continuity. “There were so many different conditions and strange spaces, twists and turns, different room heights and hidden corners, weird bedrooms with no windows,” says Michael Suomi, principal at Stonehill Taylor. “We made that a part of our concept to celebrate all of those strange spaces … the use of different materials, exposing the brickwork and the tie rods that hold the building together.”

As the saying goes, first impressions matter, and in the case of The Eliza Jane, a lot of emphasis was placed on the entrance. The previous design was humorously described as a bowling alley, where one could see all the way down a great hallway to the bank of elevators at the end. A storefront-like look was added with fluted glass, and the guest arrival point features a large-format, hex-tiled floor. Then, past the exposed brick walls, there’s a check-in area to the right featuring a faded blue bookshelf and desk with pulls reminiscent of a library card catalog. “Adding an entryway that creates a sense of formal arrival is something we feel is very indicative of New Orleans,” Suomi says. “There’s a ‘Once upon a time’ formality too, not just the building, but the personality of New Orleans.”

Later this summer, The Eliza Jane will also open its own restaurant named Couvant, — described as a signature French brasserie — with its own modern slant. Housed within the warehouse that once contained the Peychaud Bitters factory, the restaurant will feature a 300-square-foot bar made of oak and re-purposed newel posts, plus (like any classic New Orleans space) a lush courtyard that will connect the hotel to the restaurant. Though the previous tenants offered a small swimming pool, the design team at Stonehill Taylor thought a beautiful fountain would better represent the overall feel at The Eliza Jane. In the center of the fountain is a custom Mardi Gras-inspired female sculpture designed by local artist Brent Barnidge. “She’s like a free spirit emerging,” Gale says. 315 Magazine St., (504) 882-1234, theelizajane.hyatt.com